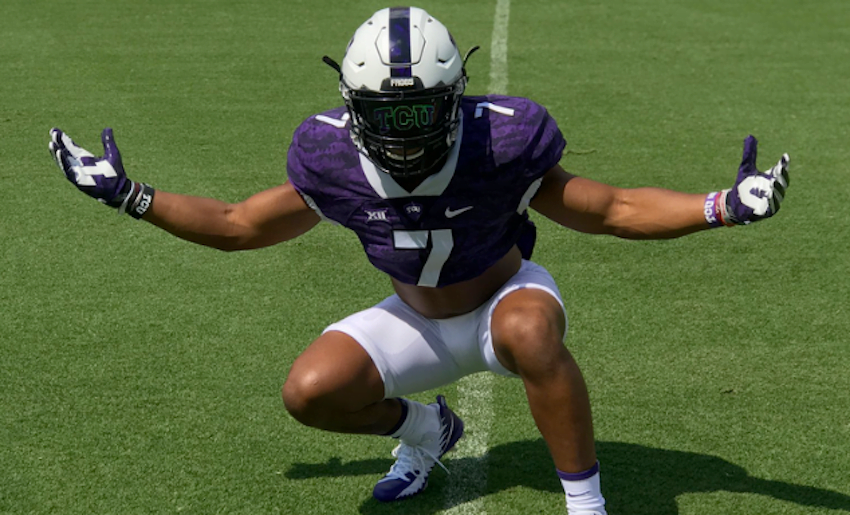 One of the most electrifying talents at running back in the state of Texas picked up an Oklahoma State offer this week.

5-foot-10 ball-carrier Brandon Campbell announced that the Cowboys had offered him a scholarship, adding to his ever-growing list that now includes 30 (!) offers, the likes of which have come from Virginia Tech, Baylor, Boston College, Arkansas, LSU, Penn State, Texas, USC and others.

Campbell’s recruiting rise has been meteoric in nature. The Pearland native came into the year without any offers, and he’s picked them up in droves playing both sides of the ball and breaking out as a junior. By video, his primary position is at running back, where he bounces off defenders like a bowling ball, makes catches out of the backfield, and jukes folks out of their pants in the open field. That get-up could potentially translate at defensive back, too, though it appears OSU will likely target him at running back.

If that is indeed the case, Campbell is one of a half-dozen targets OSU in the 2021 class at running back. He’s one of four early four-star offers along with Cam’Ron Valdez, LJ Johnson and Donovan Edwards. OSU has also offered five-star Texas talent Camar Wheaton and unranked prospect Alton McCaskill. Five of the six current targets are from the state of Texas, with the lone exception being Edwards, a Missouri native.