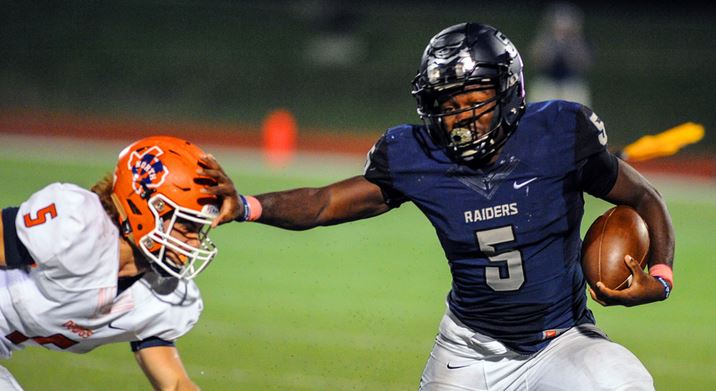 After pledging his commitment to Iowa earlier this year, four-star running back Eno Benjamin of Wylie, Texas, is back on the recruiting market.

Oklahoma State was in the market before he made his original decision, and it appears they are once again in the mix: This time along with Arizona State, Michigan, Texas, Missouri and Utah.

OSU loses a lot of talent this season due to expired eligibility with Chris Carson, Rennie Childs, and Barry J. Sanders all moving on. That means they will likely need someone to come in and compete immediately for playing time as freshman alongside Justice Hill next season.

Oklahoma State has two solid verbal commitments in the 2017 class — Chuba Hubbard and J.D. King. Depending on the recruit, OSU will take one more running back in the class. Eno is on the shortlist of talented running backs that OSU would take — he could be an immediate contributor wherever he chooses.

Unfortunately, Texas, a school he glossed over during the Charlie Strong era, appears to be surging according to 247sports analysts.

Michigan has also been in the mix for awhile, as well. Benjamin hasn’t announced when he will make his decision on his school of choice.