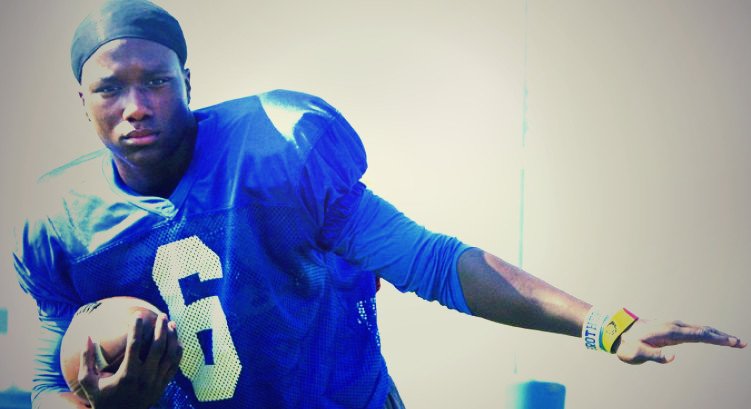 Going into fall camp last season, true freshman James Washington earned a lot of buzz about his camp performance. He ended the season with nearly 500 yards receiving to go along with six touchdowns in his rookie year in Stillwater.

This year, another true freshman is earning the same buzz, as Bill Haisten reports he could be the third back in the rotation.

@kartral21 #okstate As a running back, Carr probably will be third behind Carson and Childs. Carr may be used on punt returns. Sub-4.4 40.

Carr was an unranked prospect before committing to the Cowboys at the end of January, just before signing day. At 5-foot-7, and 170 pounds, Carr could be a gadget player and a shiny new toy for Yurcich to have fun with this season.

Most people think of a Big 12 running back and picture a strong, power running back who can pummel their way through the line. (See: Samaje Perine). But in Carr’s case, his lack of size and nimble feet could play to his advantage.

Carr held offers from several mid-major colleges, but Oklahoma State was the only Power 5 conference team who took a chance on Carr.

Going into the summer, most would have guessed Carr would redshirt and be an extra body to develop throughout the year. If he is able to break the three-deep rotation this season, Gundy’s evaluation of talent will have paid off in a big way.