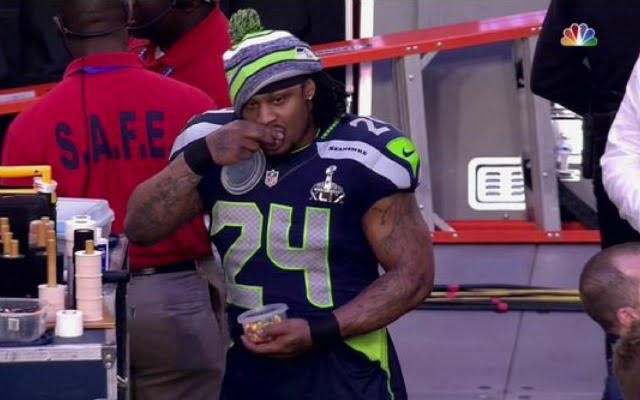 As fall camp has kicked off, true freshman Jeff Carr has been getting a lot of buzz around him.

“I’m as excited about him as I’ve ever been about any running back,” Gundy said of Carr on national signing day in February. “In a couple of years, a lot of people are going to wonder why they didn’t recruit him.”

It turns out, he also has something in common with NFL Pro Bowl running back Marshawn Lynch: they both use their socks for storage on the field. In mid-July, Lynch decided to store a spare chicken wing in his socks while on the field. From seahawks.com:

At one point Lynch is delivered some chicken wings on the field and he stuffs a few extras in his socks. Yes, you read that right, for a few minutes this millionaire, Pro-Bowl running back was coaching football on a warm July afternoon with chicken wings in his socks, which he later removed and ate. 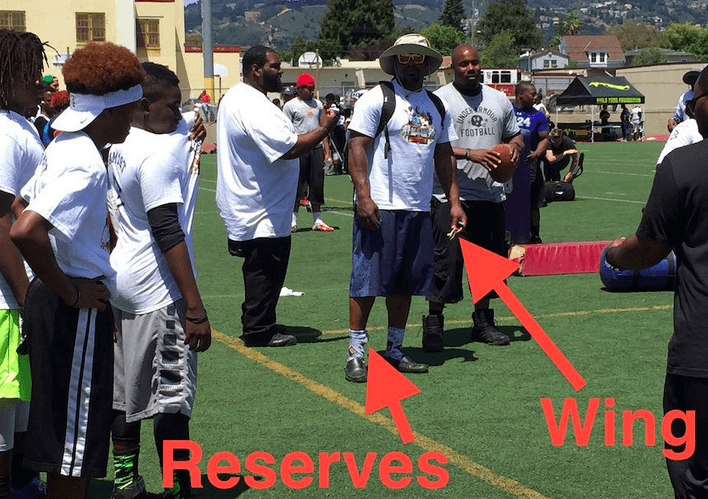 Jeff Carr, who has been competing to earn playing time at punt and kick return, apparently took to Lynch’s sock storing habits. It looks like he’s been using his socks to keep his chapstick secure on the field, as his buddy “AyeYoPep” pointed out on Twitter.

I'm calling it now.
Little kids will have chap stick in their sock because they want to be just like @PbaJeffCarr pic.twitter.com/n7H9Ppw2Ss

I take a little comfort in knowing that OSU’s new running back is already developing habits like a true Pro Bowler. Let’s hope he can provide the same boost in the running game that Marshawn does for the Hawks.