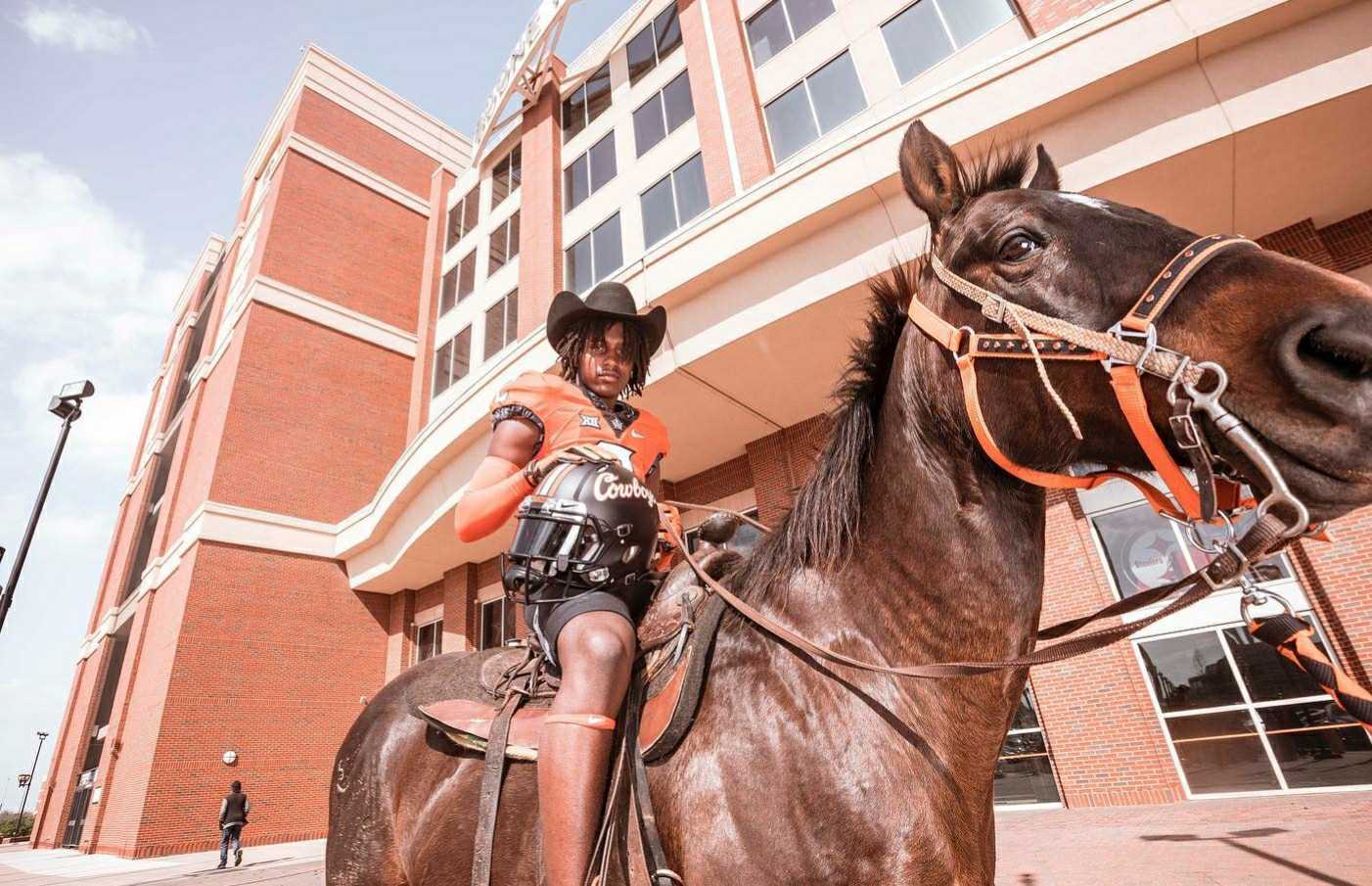 Oklahoma State commits went 7-2 this past weekend under the Friday night lights.

Here are breakdowns of how each commit played with stats provided by MaxPreps (if submitted). Hudl highlights are a little light this week, but if a prospect did put out a reel, that’s included too.

McDonald, who plays quarterback for the Cadets, was 2-for-3 for 61 yards and a touchdown through the air, but the super athlete did most of his work on the ground, rushing for 184 yards and a touchdown. McDonald is the No. 202 player in the 2023 class, OSU’s highest-ranked commit of the cycle.

Also of note from this game, Kobe Black, younger brother of OSU corner Korie Black, returned an interception 21 yards for a score. Kobe is the No. 16 player in the 2024 class.

Zane Flores and the Gretna Dragons beat Omaha Central 56-0 this past weekend. Through two games, the Dragons have outscored their opponents 100-0 — not bad.

The No. 7 player from the state of Oklahoma in 2023, Jaedon Foreman and Del City topped Booker T. Washington 27-6.

Foreman, listed at 6-foot-3, 250 pounds, had six total tackles, two tackles for loss and a sack.

Furr, who will be a receiver in Stillwater but plays quarterback at the high school level, was 6-for-17 for 38 yards and an interception. He ran for 27 yards on 11 carries.

Kam Franklin’s Oak Grove Tigers defeated Opelousas Catholic 53-18 on Friday. However, no stats were on MaxPreps for the game.

Dylan Smith and Braswell beat Fossil Ridge 48-21 to advance to 2-0 on the season.

A 5-11, 170-pound defensive back prospect, Smith was all over the place. He had two interceptions and five tackles. On the offensive side of things, he had a 40-yard touchdown reception. Smith is the younger brother of current Cowboy DB Cam Smith. The younger Smith is the No. 790 player in his class.

After putting up double-digit tackles last week, Poasa Utu was all over the place again Friday in Kennedale’s 27-12 victory over Alvarado.

After getting shutout in their season-opener, Jack Endean and the Tanque Verde Hawks did the shutting out this weekend, beating Valley Lutheran 49-0.

A 6-foot-5, 270-pound offensive lineman, Endean blocked for a team that ran for 289 yards and four scores on 8.8 yards per carry. Endean was also credited with eight tackles and one tackle for loss.

Ricky Lolohea’s Trinity Trojans are still in search of their first win after falling to Rockwall-Heath 68-38.

There weren’t any Trinity stats on MaxPreps, though Lolohea, a 6-3, 280-pound defensive lineman, did share a highlight of a tackle he made.

After beating Arkansas’ Greenwood High in Week 0, JaKobe Sanders and Stillwater had the week off as the Pioneers prep for Yukon this Friday.