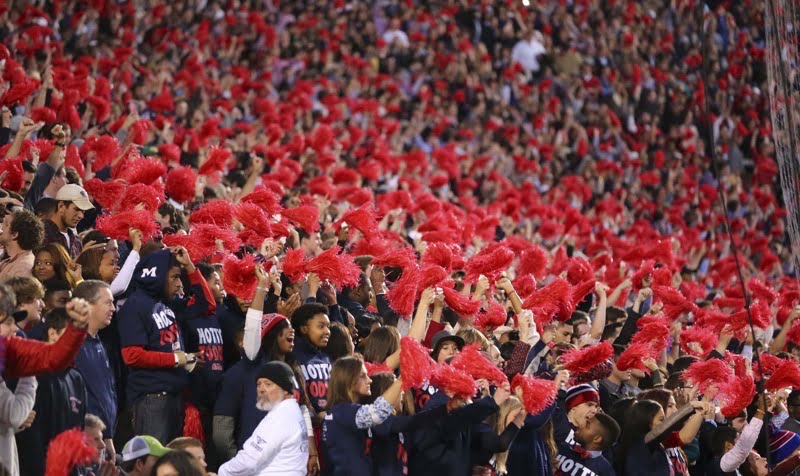 We are well into Bowl Season but are now getting hit with the great matchups.

For the record, I’ve never been one to complain about the plethora of bowl games. It seems like you can turn on the TV at any point in late December and there’s football to watch.

You might even see one of the greatest finishes to a game in college football history.

Here are the PFB standings going into New Year’s Eve:

Here are the ten bowl matchups we picked and our selections. If you want to win money, bet on the teams that the majority of didn’t pick. 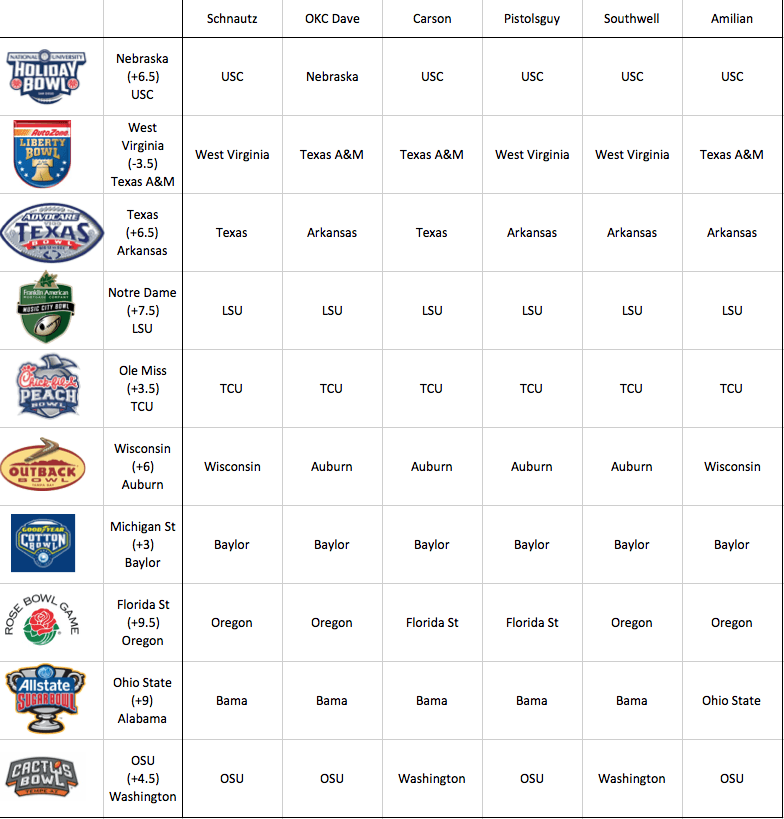 Still a fight for the first place spot and Southwell and I are battling to avoid the last-place finish. Now to what you might actually care about…

All signs point to give OSU six points and take the Huskies.

Washington has the edge on turnover margin, Tyreek isn’t around to bail us out (honestly, no pun intended) and a Husky defensive front that is second in the nation in sacks per game against OSU’s (insert your own adjective) offensive line.

Season stats can be misleading though. One can look at Washington’s sacks and OSU’s sacks allowed and conclude we’re in for a rough evening.

The problem with that?

Those stats reflect Daxx’s concrete feet rather than Rudolph’s elusiveness. I’m not buying into the stat comparisons or Tyreek’s absence being as much of a factor as others.

If you want a complete breakdown on the matchup, stay tuned on PFB as I’m sure Kyle and/or another contributor will be putting a thorough preview together soon.

Ohio State (+9) vs Bama: The majority is taking Bama -9, which makes me even more confident in this pick.

Louisville (+6.5) vs Georgia: I’m not buying the SEC and all the points they’re getting

Georgia Tech (+7) vs Mississippi State: Still not buying it.

Missouri (-4.5) vs Minnesota: I’ll buy this one. Winning the SEC West isn’t as impressive as it sounds, but this is still a team that played in the SEC championship taking on an 8-4 B1G team.