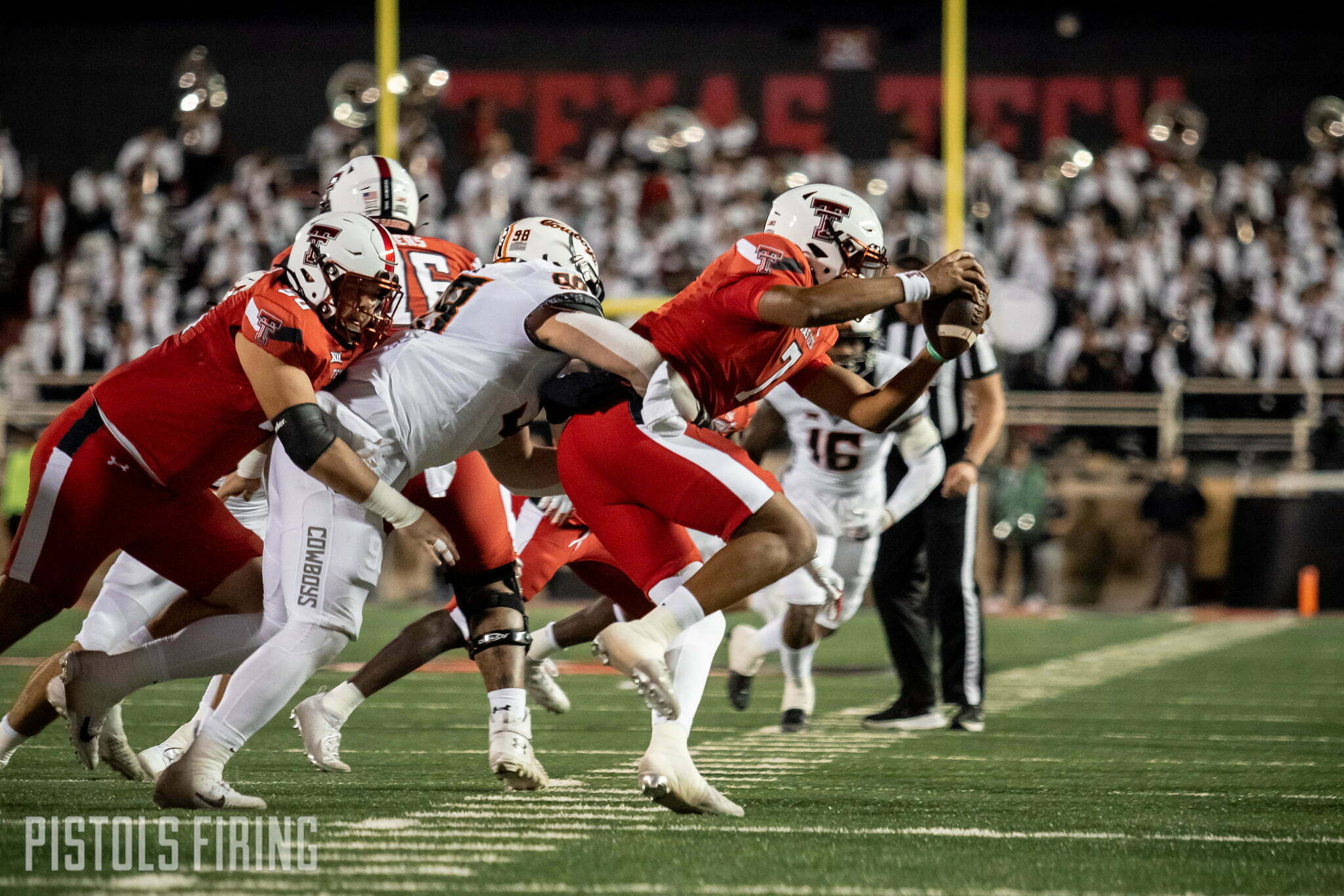 The Cowboys are in search of a new rival with Bedlam going away, and Texas Tech could end up being that team based on some hostilities over a finger gun hand sign.

Oklahoma State hosts the Red Raiders this weekend in Stillwater as the Pokes look to remain unbeaten. Here are some stats and other information for the matchup.

The overall record between these teams might be dead even, but as of late, it’s been all Oklahoma State.

The Cowboys have won 11 of the past 13 games in this battle of a finger gun hand sign going back to 2009.

In that 2009 game, OSU quarterback Zac Robinson actually ran for more yards (99) than he threw for (90) in a game that Patrick Lavine had a game-icing interception return for a touchdown.

Then last season, OSU won with its defense, shutting out Tech 23-0. Tech mustered a woeful 108 yards of total offense.

Here is a full look at the past 10 meetings.