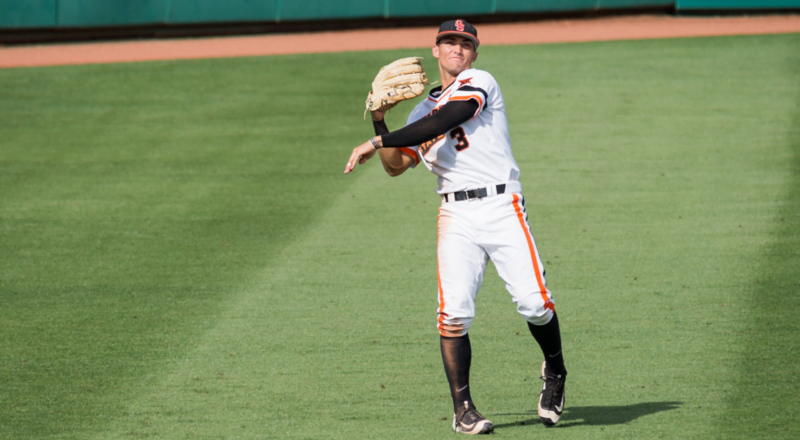 Three days after he was selected in the 10th round of the MLB Draft, junior outfielder Garrett McCain has announced his intention to forgo his final year of college and start his career as a professional. Here’s the announcement from his Instagram account.

Words can’t describe how thankful I am to have had the opportunity to have played the last 3 years at Oklahoma State. As a kid it was my dream to play college baseball at the highest level, compete for championships, go to Omaha, and to represent a top notch University both on and off the field while receiving a quality education . I have achieved all those goals in my 3 years at OSU and so much more, while at the same time meeting some great people along the way, people I will call my bestfriends for the rest of my life. I will be forever indebted to the coaching staff and this University for they have offered of this 3 years. Another childhood dream of mine was to play professional baseball and thankfully the Detroit Tigers are letting that dream come true. I am looking forward to the immediate start of my future as a Tiger but I will never forget the place and people who molded me into the Cowboy that I will forever be. I want to thank the Lord for this opportunity and I pray that I continue to honor Him, my family, OSU, and the Tiger organization. #P4L

McCain was the best offensive player on the Cowboys’ roster last season. He led the Big 12 in batting average (.388), on-base percentage (.491) and hits (87), which earned him both All-Big 12 and All-American honors.

McCain was taken with the 305th overall pick in the 10th round by the Detroit Tigers which means his signing bonus could fall somewhere in the range of $132,600 (the club’s bonus pool for that round).

With McCain departing and Ryan Sluder having exhausted his eligibility, the Cowboys will not only have to replace McCain’s bat, they’ll have to replace two of their three starters in the outfield.