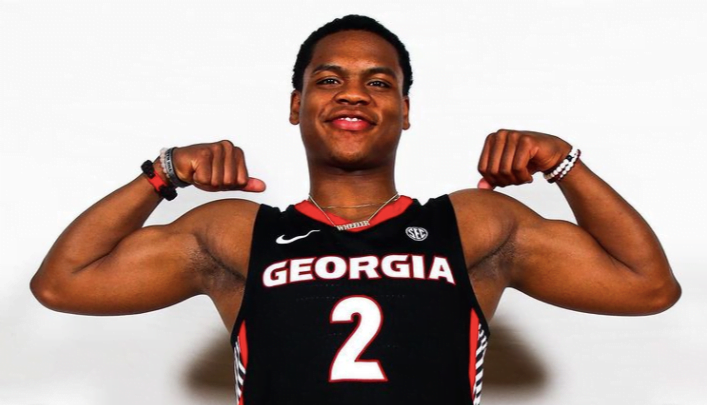 Oklahoma State made the cut on Friday for star Georgia guard transfer Sahvir Wheeler, who dropped a nine-minute video revealing his final four choices of Kansas, Kentucky, LSU and the Pokes.

Wheeler is a former top-100 talent originally from Houston, and those in the industry expect his decision will bring him back to the region, with Kansas looking right now as the likely destination. He spent two seasons with the Bulldogs and averaged 14 points and 7.4 assists per game last season in a breakout sophomore year as the team’s lead guard.

Whoever gets Wheeler will get an impact point guard who will be immediately eligible upon arrival thanks to the NCAA’s new one-time transfer rule that was recently approved.

OSU is on the hunt this offseason to help replace some of the offensive creation and production at the guard spot left by Cade Cunningham, who is off to the NBA. Avery Anderson is likely to benefit with a higher usage rate next season, but with the ongoing pursuit of Bryce Thompson and Wheeler, it’s clear OSU wants to add more shot creation and another initiator with experience.

The transfer portal has been mighty kind to OSU this offseason regardless of whether Wheeler works his way to Stillwater, with Syracuse transfer Woody Newton and Texas Tech transfer Tyreek Smith both opting to relocate to OSU to further their careers. But with two more scholarship offers to give — both of which OSU is expected to use — it seems the hunt to fill the 2021 roster is still only half-complete.