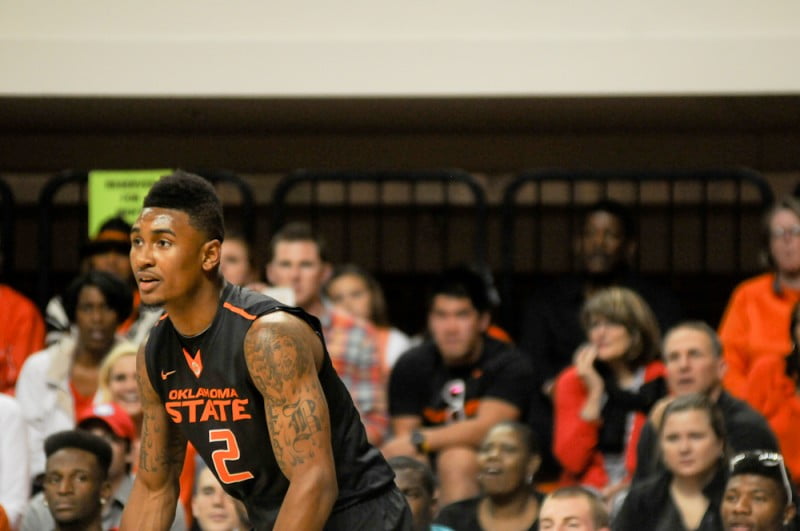 Oklahoma State’s perfunctory performance in Puerto Rico and subsequent rise to the #20 spot in the most recent AP Top 25 poll was punctuated by a hark to yesteryear, the return of the defense.

Travis Ford has traditionally been known for his offensive teams (fill. in. joke. here.) but with his coaching seat teetering from “getting warm” to “it’s on fire” he called on his stud freshman to lead the way on the defensive end.

Consider this, of the top thirty teams in Ken Pom’s rankings, OSU has the biggest discrepancy between offensive and defensive efficiency.

That tells me their success can be sustainable (offense takes nights off, defense doesn’t etc.) throughout the season even with an average to above average offense.

Again, this isn’t about who’s the most efficient on offense or defense (several teams are better than OSU in both categories) but rather which squad is relying more heavily on one or the other (and doing it with a pretty good deal of success).

OSU, Texas, Cincinnati, and Bama have all been pretty decent offensive teams so far (offensive efficiency ranking from 49-55) but they’ve been SPECTACULAR on defense.

Kentucky, Wisconsin, Indiana and Florida, on the other hand, are more complete teams than the Cowboys. They both rely equally on both on great offense and great defense to dominate opponents.

And contrary to OSU, Creighton and Baylor rely almost solely on offense to get the job done. That’s pretty easy when you’re a team like Baylor and have so many weapons on O. But beware come conference time because those Tuesday road trips to Stillwater are going to get long and the points might be hard to come by.