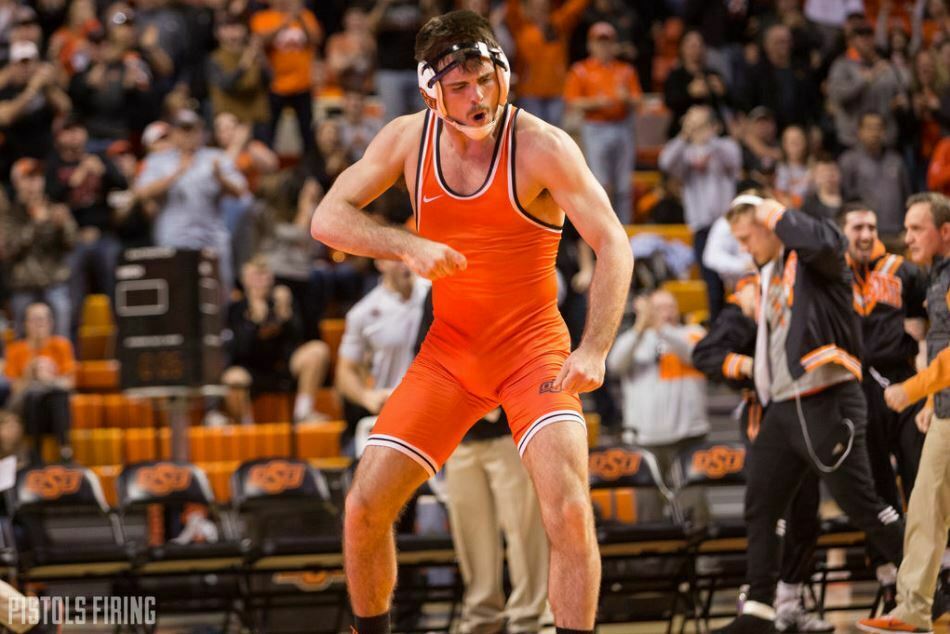 There’s really no other way to put it, the Cowboys didn’t look great in their 21-19 loss to Missouri Saturday. Outside of Dean Heil they had a decent bounce back against Iowa State on Sunday. They could’ve looked better in spots but as a whole they shook off the Missouri loss pretty well.

Here’s a look at some of the good and bad I saw from the Cowboys this weekend.

The Good: 125 and Heavyweight

The bookends of the OSU lineup wrestled well this weekend. Piccininni’s opponent from Mizzou injury defaulted after a hard mat return by Pich, but Nick was in control there and dominated vs. ISU. Derek White continues to look really good at heavyweight. Harrington from ISU is a pretty good wrestler and White handled him comfortably. He wasn’t able to pick up the fall OSU needed to win over Missouri, but dominated there also.

Chandler Rogers came back on fire. He was almost pinned early on in his match against Mizzou but came back and got the fall there and picked up another one against ISU.

Chandler Rodgers does it again! pic.twitter.com/Ejkq0IGO6e

John Smith may have finally pulled the trigger on Andrew Marsden starting at 184. Keegan Moore had been starting at 184 and Marsden up at 197 prior to Preston Weigel returning from injury. With Weigel back Marsden made the move down to 184.

The consensus on social media, fan discussion here, and just in general around the sport is Marsden should be the starter at 184. I don’t know how matches between him and Moore go in the room and haven’t seen enough of Marsden at 184 to know how he is handling the weight cut and to have a very firm opinion as to who is the better of the two and should be the starter. But again I list this as “good” because I think it’s what the fans really seem to want.

Marsden got the start against ISU on Sunday after Moore didn’t have the best outing versus Mizzou. Is that an official changing of the guard at 184 to Marsden as the starter? It’s tough to know, but it’ll be interesting to see how Marsden does. If you haven’t seen him wrestle much he has a style I’d compare to Chandler Rogers, but he’s not quite as good. Very funky, lots of throws and upper body, but he gives up his legs pretty easily which gets him in trouble a lot.

Something seems off with Dean Heil. Giving up the fall against Eierman from Mizzou was bad. Ultimately if he just doesn’t get pinned there the Cowboys win the dual, but Eierman is at least a really solid wrestler. Dropping a match against a true freshman in the ISU dual is perplexing. The new “Danger Zone” rule hurts Heil more than any wrestler in the country, but there just seems to be something off with Dean right now.

The sport is an incredibly tough mental grind. Maybe it’s something there? Maybe it’s an injury? Hard to know, but you really want to see him figure it out. I’d hate to see his career finish out on the current pattern.

Injuries. It wasn’t formally announced until Sunday, but Preston Weigel was actually hurt prior to the Mizzou dual. He looked a little off to me Saturday, but I wasn’t aware of the injury. Personally I thought he’d go into that one and just physically handle Miklus, but he just wasn’t able to and I think the injury may have played a role. Also Jacobe Smith was hobbled in the match Saturday and didn’t wrestle Sunday. Hopefully these don’t linger and they’ll be healthy for UNI next week.

Kaid Brock getting off bottom. The kid is incredible on his feet, but gave up a full period ride against both ISU and Mizzou. He has to improve on bottom if he’s going to compete for an NCAA title.