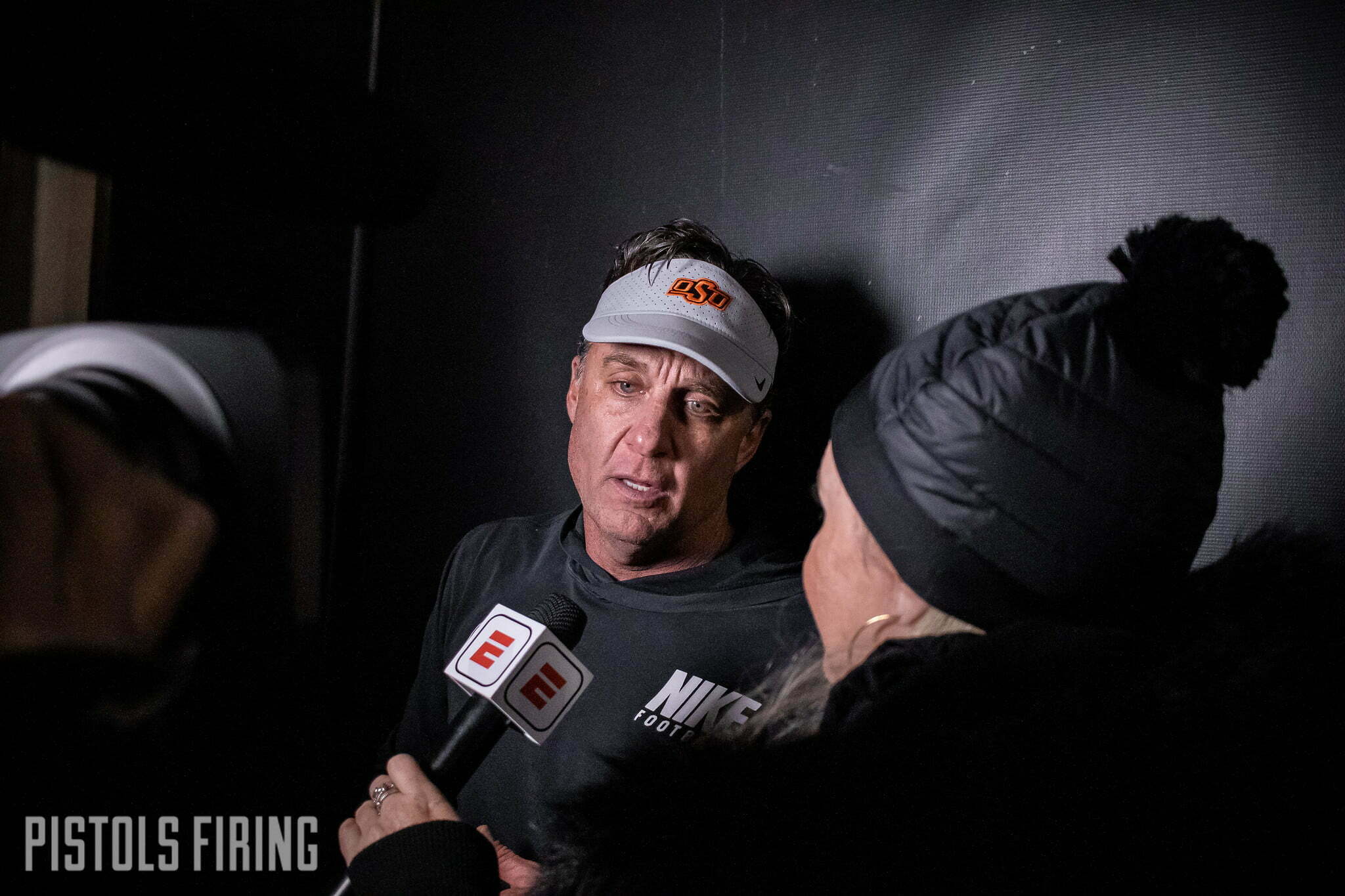 Mike Gundy is the Big 12 Coach of the Year for the second time.

The Big 12 released its season honors on Thursday, as voted on by the coaches, and three Oklahoma State representatives took home individual hardware. Gundy was named the Chuck Neinas Coach of the Year, Jaylen Warren is the Offensive Newcomer of the Year and Collin Oliver is the Defensive Freshman of the Year.

Of the 11 awards dished out Thursday, Oliver was the only unanimous vote. Oliver’s 9.5 sacks is best on the team and ranks third in the Big 12. He becomes just the third Cowboy to win Defensive Freshman of the Year, joining Andre Sexton (2006) and Shaun Lewis (2010).

There was a notable omission for the Cowboys in that Rodriguez was not named the league’s Defensive Player of the Year. That honor went to Baylor’s Jalen Pitre.

Sanders is the first Cowboy quarterback to be a first-team all-conference selection since Brandon Weeden in 2010. Sanders has thrown for 2,211 yards and 16 touchdowns this season while also rushing for 510 yards and six scores.