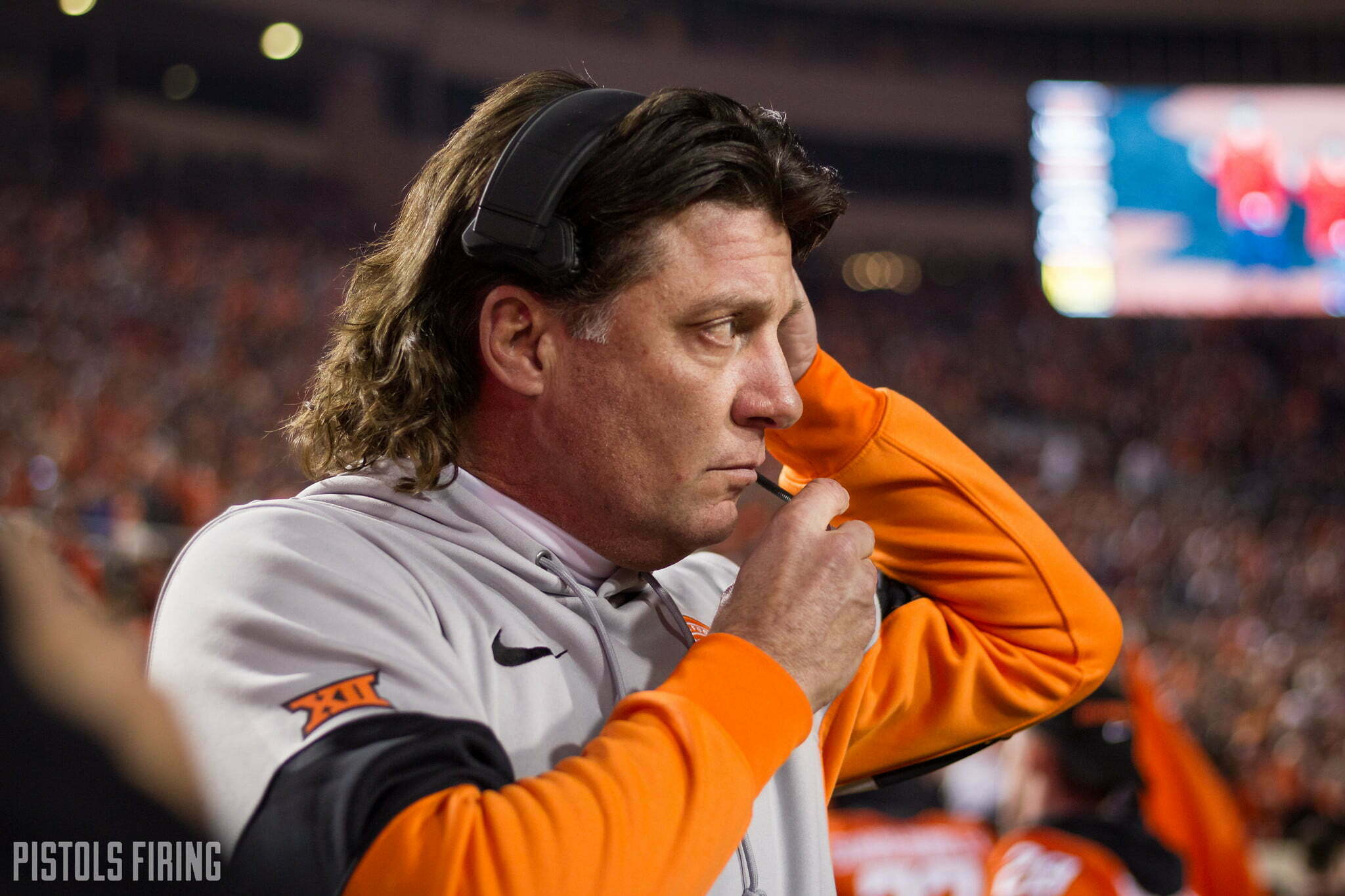 Ever the diplomat, Mike Gundy on Monday at his induction to the Oklahoma Sports Hall of Fame bobbed and weaved a question about the future of the Bedlam series like in-his-prime Mike Tyson, offering up instead a deferral to Oklahoma State’s fearless leaders before adding a breadcrumb of evidence at the end hinting he’d potentially like to see it continue.

“I’m gonna pass, based on the two people I just mentioned [Dr. Shrum and Chad Weiberg] along with our Board of Regents, who I’m sure will have some input,” said Gundy on the future of Bedlam with OU and Texas leaving the Big 12 for the SEC. “They need to make that decision. I have to make enough decisions on gameday where everybody doubts what I do. So I’m gonna pass the buck to them because they know a lot more about the big picture than I do.”

Then there was the kicker.

Gundy earlier in his speech hinted at his traditionalist mindset in reference to the Big Eight, and he expressed disappointment in losing old traditions when the last round of realignment took place as well.

Read between the lines here, and it’s pretty easy to deduce that the Bedlam series — played every year since the early 1900s, back when OSU was Oklahoma A&M — would qualify under what Gundy describes as a tradition, which is something he says he believes in.

OSU president, Dr. Kayse Shrum, addressed the topic earlier this week in equally unclear terms, saying, “Many have asked about the future of Bedlam. We enjoy the intensity and tradition whenever we play OU in any sport. Right now, there are too many unknowns to determine what the future holds.” OU president Joe Harroz, on the other hand, has outright said he wants to keep the Bedlam series “to continue well past the expiration of this media rights agreement.”

“Make no mistake, we want the Bedlam rivalry to continue,” Harroz said. “Even with this change, we want to play Oklahoma State in every sport in every year.”