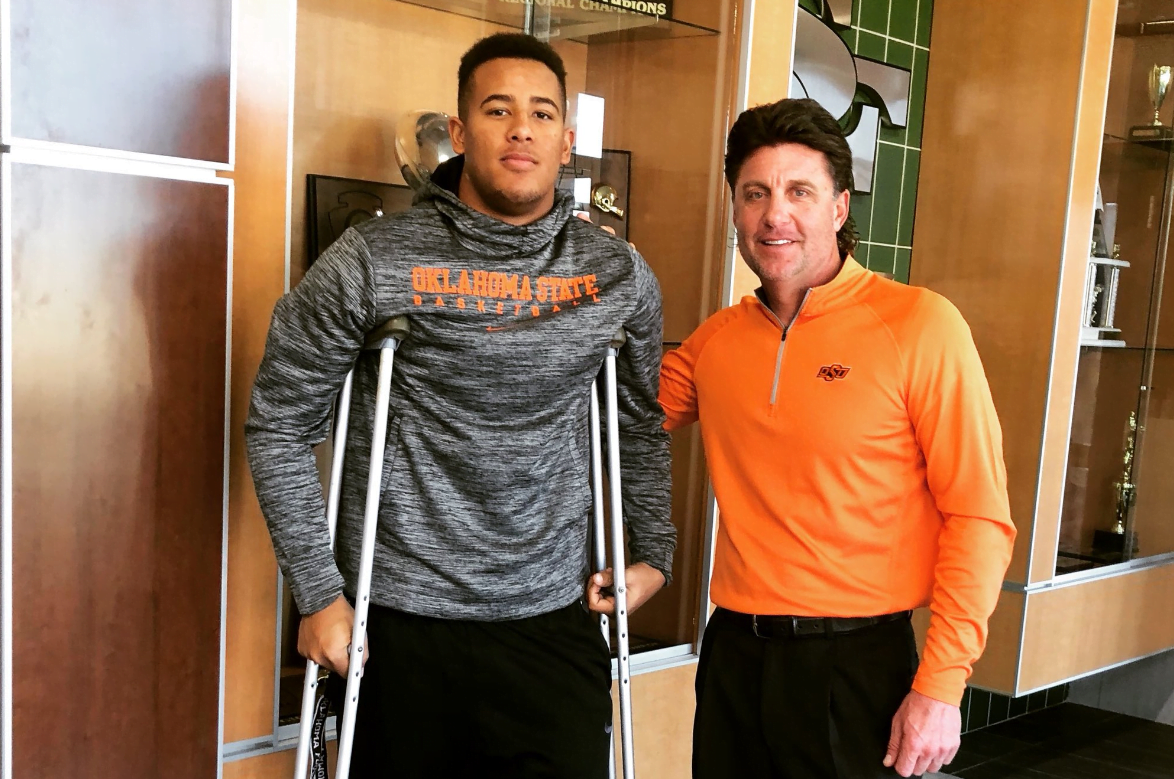 Mike Gundy’s first recruiting spin in the helicopter this past week took him to Miami, Okla. to check in on NEO A&M defensive end LaRon Stokes. His second spin came Monday to see two in-state commitments.

Only 30 minutes later, Ford’s mother posted this to her Twitter.

Ford is the second-highest ranked commitment in OSU’s 2019 recruiting class. A three-star prospect standing at 6-2, 225 pounds, he committed to OSU over offers from Baylor, Arkansas and a handful of other programs back in August. He’s one of three defensive end pledges in 2019 along with Kody Walterscheid and Isreal Isuman-Hundley, all of which are high school seniors.

Ford is ranked as the No. 6 player in the state of Oklahoma and is one of three in-state commitments for OSU in the cycle along with Grayson Boomer and Demarco Jones Jr. The Cowboys are trying to make it four for the class as they continue to work on Tulsa product LaRon Stokes as well.

Stokes picked up an OSU offer last week and is getting the full court press from OU and OSU. Lincoln Riley paid him a visit on Monday.

Gundy appears to have also made his way to Collinsville, presumably to check in on Grayson Boomer, OSU’s top-ranked commitment and a stud tight end.

Boomer is a 6-5, 230 pound tight end who committed to OSU last November over offers from Ole Miss, Michigan, LSU, Iowa State and many more. He’s ranked as a top-300 national talent and a top-10 player nationally at his position.