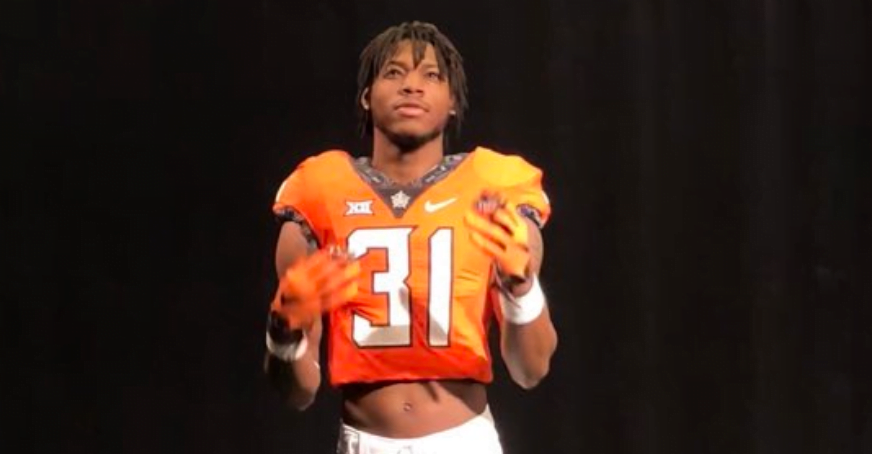 Oklahoma State defensive back target Haki Woods Jr. shut down his recruitment on Monday evening, announcing he was spurning Oklahoma State, among others, and taking his talents to Eugene to join the Oregon Ducks.

He picked Oregon over offers from Arizona, California, Oklahoma State and Utah.

Woods was a major target for OSU coming out of Pima Community College in Arizona who flashed on the radar a mere weeks ago, and OSU was considered to be among the favorites after an official visit to Stillwater.

However, Woods strung out his decision and continued taking official visits, and OSU quickly moved down the line. The same night Woods committed to UO, OSU landed a commitment from former Arkansas pledge Sean Michael Flanagan — a hybrid safety/defensive back — to fill the scholarship expected to be slotted at safety.