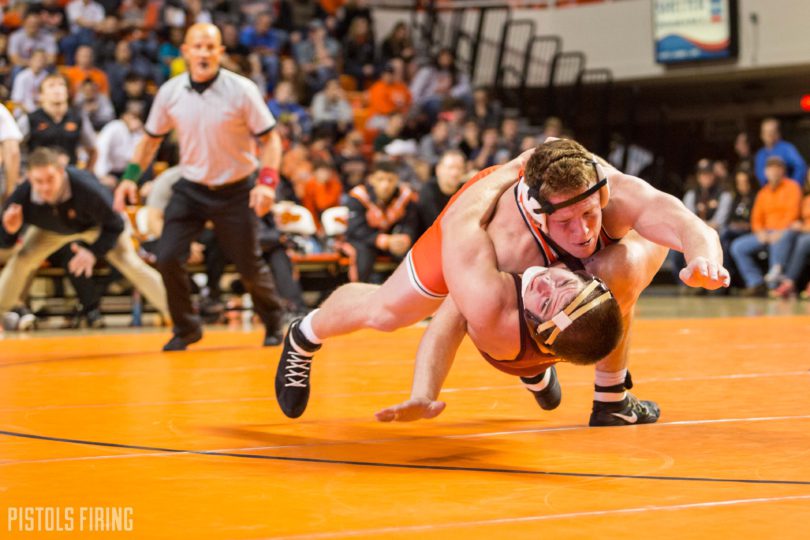 A number of casual wrestling fans often ask me why Penn State has had an edge over OSU the past few years when it comes to winning NCAA titles.

Unfortunately the answer isn’t one clear definitive thing. There are a lot of moving parts you could point to. Oklahoma State has had poorly timed injuries, just simply came up a match or two short, and Penn State just been better at times. Also you could argue some big picture items with recruiting, money, fan support and other things along those lines, but one area PSU has definitely been better is scoring bonus points.

PSU always seems to have three to four guys that get a lot of bonus points. They have three guys currently that are machines in that department. They pin everyone and this translates to a lot of points for them at the NCAA tournament and it ultimately is a big part of the reason they win.

OSU unfortunately hasn’t really done that, even with its best wrestlers.

I’m about as big of a Dean Heil fan as there is. He’s wrestled at a very deep weight the last two years and won a title both times. If he wins it again this year, which he should, he’ll finish as a three-time NCAA champ, just the seventh Cowboy to do that. The fact is he wrestles everyone close though. He didn’t score one bonus point at the NCAA tournament and it’s been a common theme over the past few years for most OSU guys to do similar. 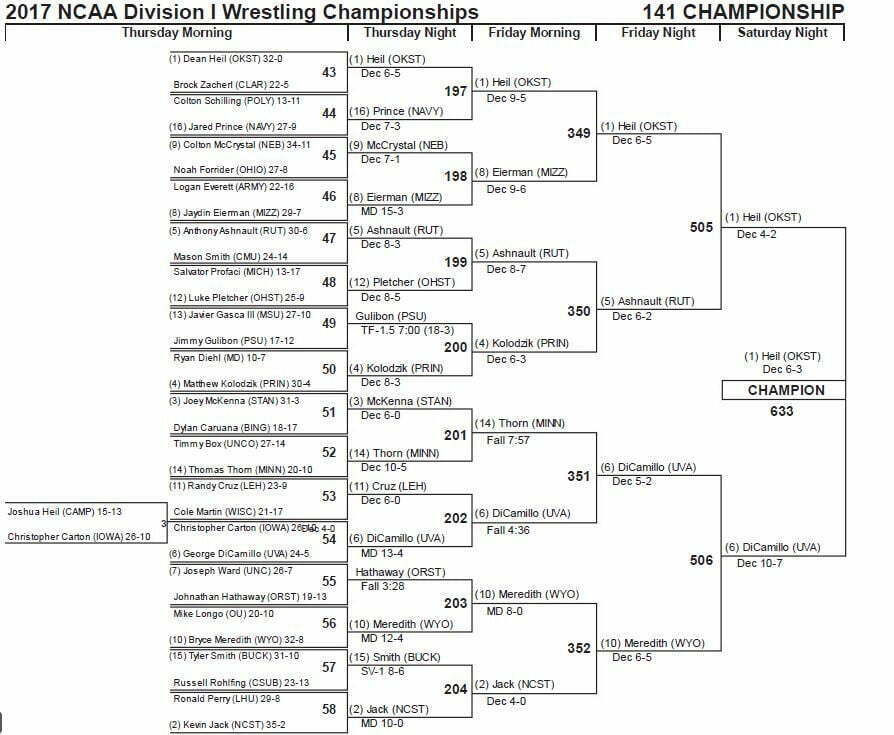 Fortunately the Cowboys didn’t have that issue against NDSU Saturday. We knew going into the dual Sunday that OSU was a heavy favorite, but NDSU is a decent program and not a wrestling team that was just going to lay down. OSU picked up bonus point wins in six out of the 10 matches Sunday getting two falls, three tech-falls, and one major scoring 40 points in the dual. OSU didn’t score 40 points in any dual all last season!

We’ll have to see a lot more wrestling this season before we can definitively say the bonus point trend has changed for the better for the Cowboys, but the results of the dual are a positive sign that it could be moving in the right direction. Let’s hope it continues.