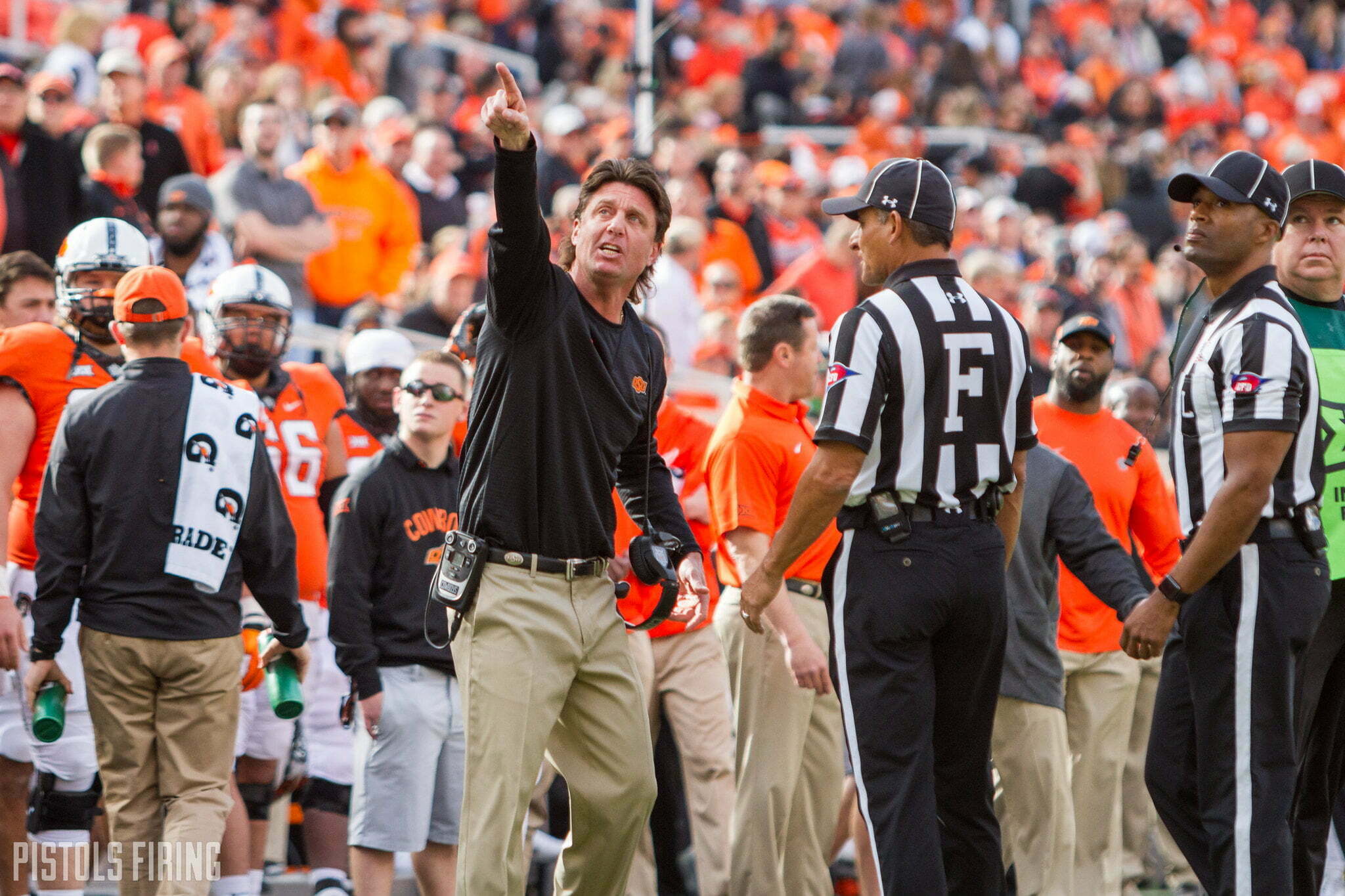 ARLINGTON, Texas — A monstrous figure stepped into Sherman E. Smith Training Center, and it caught the eyes of the Cowboys’ coaches on the opposite side of the building.

Oklahoma State was hosting a minicamp for prospective student-athletes when a mountain of a man walked in.

“We need to get that coach signed up to play,” Clements said.

“That’s Etienne,” Gundy replied. “He plays for us.”

Gundy said Clements threw his head back and mouthed “Thank you” to the heavens.

“I mean everybody’s first thought when you see a 6-8, 350-pound guy in front of you, yeah he’s big,” OSU quarterback Spencer Sanders said. “So yeah, he’s very big. I think he’s very agile. I think he’s very athletic, too. I think he’s kind of got some movement to him, too. But I’m gonna have to see a little bit more in pads and stuff like that. But the end of the day, that’s a big one.”

Etienne was a NJCAA First Team All-American at Fort Scott in 2019 before transferring to Butler Community College, which didn’t play last fall because of the pandemic.

He enters OSU with opportunity of being a Day 1 starter with the team losing Teven Jenkins to the NFL Draft and having youth elsewhere on the offensive line.

“On a scale of one to 10, his cardio is probably a three or a four, which for his size is fantastic,” Gundy said. “Normally when they get in like that, they’re a one. If Rob [Glass] will get him to a five or a six by the time August gets through and we get him to a sevenish, unless he’s scared of contact, he’ll be a tough guy to deal with.”