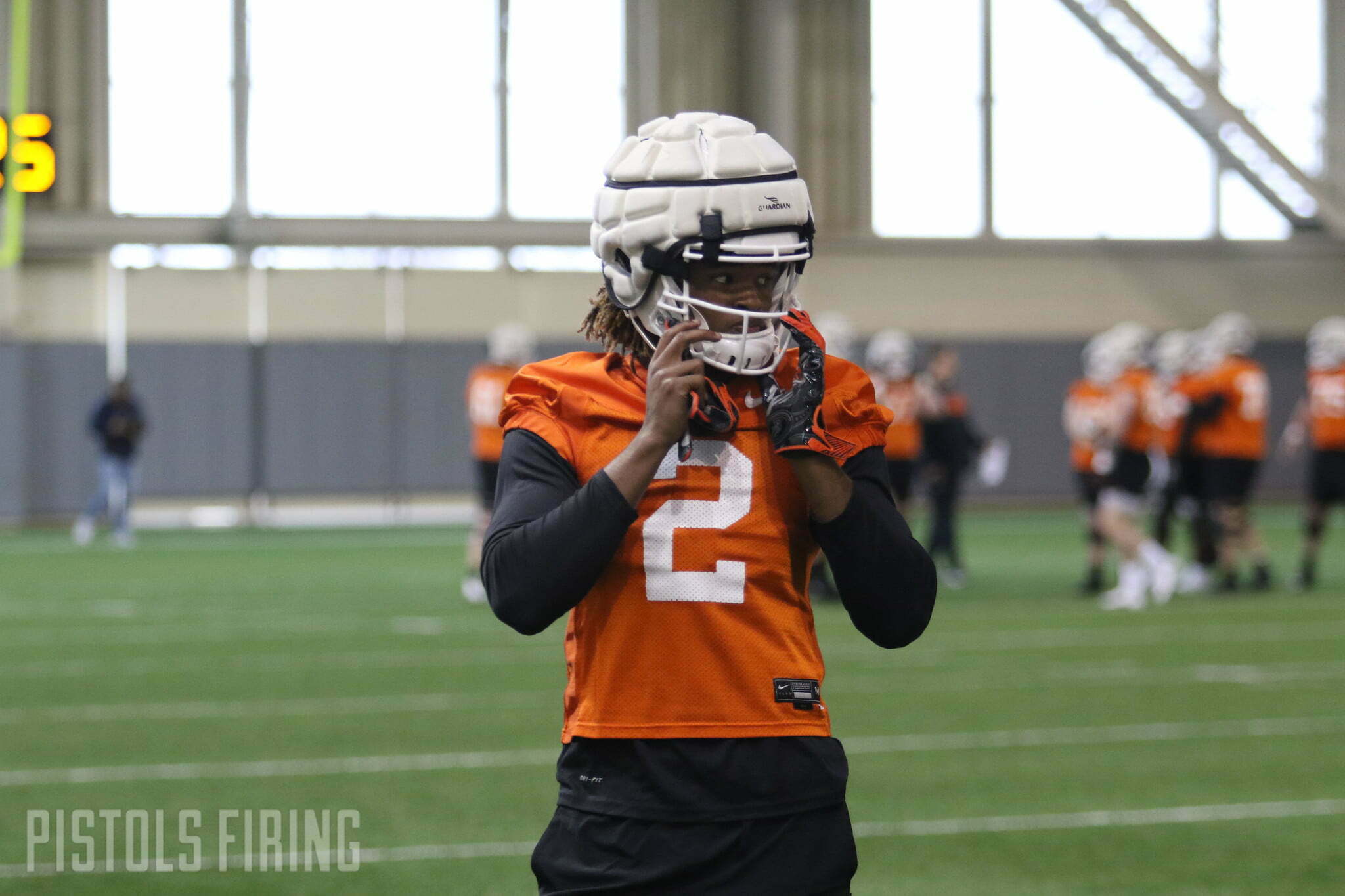 STILLWATER — On June 30, something happened that doesn’t normally happen in this state: a high schooler who was committed to play football at Oklahoma flipped his commitment to Oklahoma State.

That high schooler was Talyn Shettron. Shettron is now an early enrollee with the Cowboys in his last weekend of spring football. Edmond Santa Fe, where Shettron attended high school, is having its prom the week after OSU’s spring finale, something offensive coordinator Kasey Dunn said he has to remind himself about during these spring practices.

“He’s still a freshman,” Dunn said. “There’s no question about that. I think he’s going to be a great player, but right now he’s still just kinda swimming. I think next week is prom. I gotta keep that in mind as I’m chewing on his ass — because I’m chewing, a lot. But he’s a great kid, and he wants to be good. That’s 95% of it is just how much you care about being a great player, and he cares. It’s just a matter of time with him. He’s got all the gifts.”

Listed as a 6-foot-2, 195-pound wide receiver on OSU’s spring roster, Shettron caught 75 passes for 1,049 yards and 11 touchdowns in his high school senior season. At one time, he ranked as highly as 54th nationally in the 2022 class, according to the composite rankings. He finished at No. 125. He dropped 62 spots after flipping from OU to OSU.

Regardless of where he was ranked, Shettron had offers from Miami, Florida State, Notre Dame, Texas, Texas A&M and others, a list of schools OSU hasn’t won too many recruiting battles with. He committed to OU in the fall of his junior year of high school.

But things started changing when OSU offered his brother, Tabry, on June 27. Tabry was a three-star tight end with offers from Kansas State, Utah State, Texas State, Air Force and others. The pair made a joint commitment three days later.

“[Talyn] called me and said, ‘Hey, ya know, I’m gonna be a Cowboy. I wanna make that change.’ I was fired up, as you can imagine. To have both of those kids who are great kids, great students, great family, it’s a hell of a deal for us. I just have to temper my enthusiasm right now when I’m chewing on him. I gotta slow that down a little bit and just keep telling myself he’s got prom next week.”