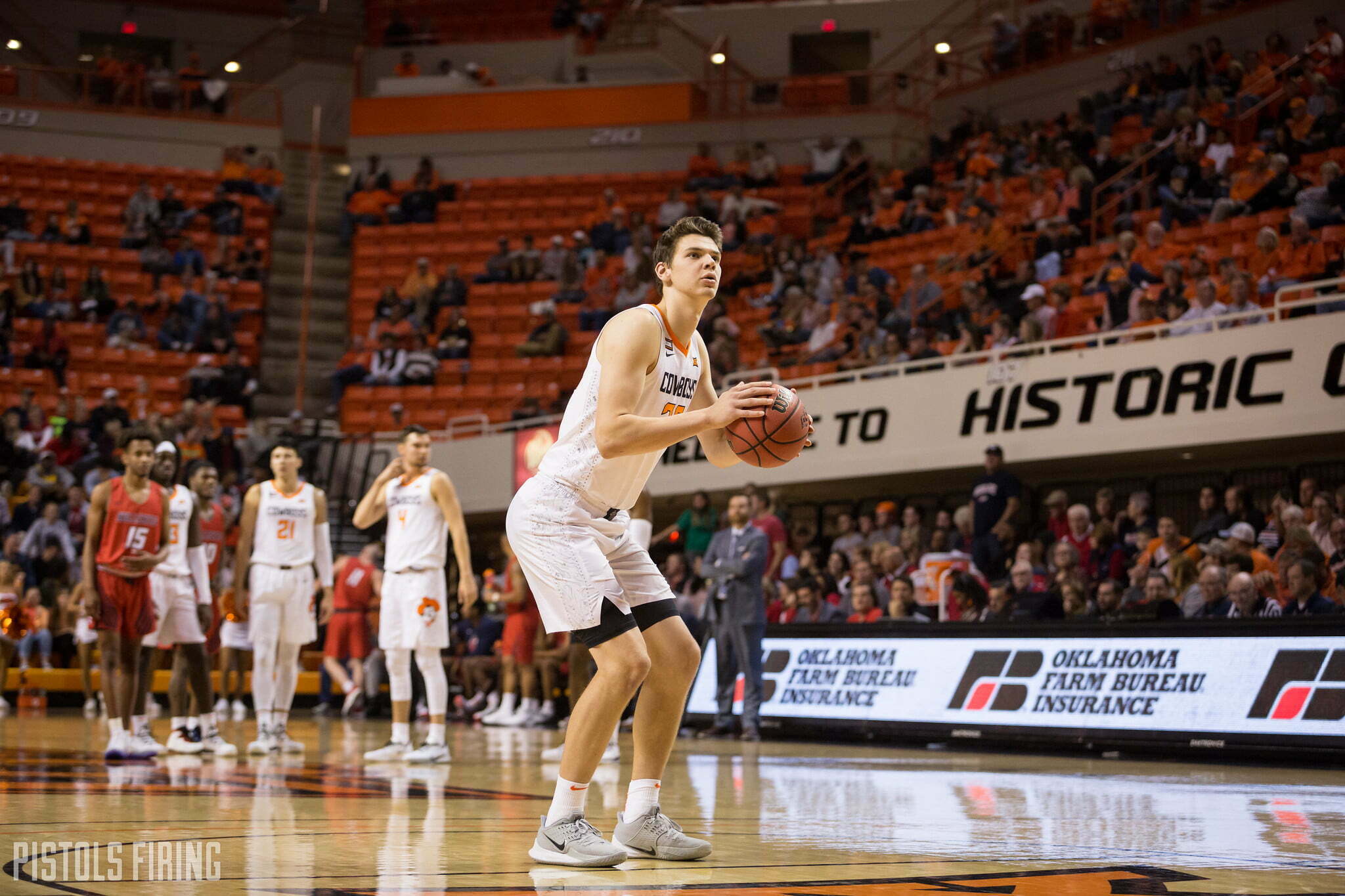 For the second time in as many days, it has come out that a 6-10 human intends to transfer away from the Oklahoma State basketball team.

Hidde Roessink intends to enter the transfer portal, a source told PFB on Wednesday. He joins Yor Anei, who was announced Tuesday to be leaving. This comes after the NCAA hit OSU with a postseason ban and future loss of scholarships.

Roessink, from The Netherlands, played in 20 games as a freshman this past season, where he scored 15 total points and brought in 26 rebounds.

Roessink was an exciting prospect with his 6-10 frame and his ability to shoot the 3, but after an early knee injury stunted his momentum in the season. His best outing as a Cowboy came in OSU’s exhibition game against Rogers State, where he scored a team-high 13 points and had five rebounds, though those numbers didn’t count toward his season totals with it being an exhibition.

Although Roessink didn’t play a ton, his loss paired with Anei’s makes OSU eerily thin in the front court. Kalib Boone is a near lock to start for OSU at center. Class of 2020 signee Montreal Pena matches Boone’s 6-9 height, but as the No. 338 player in the 2020 class, it’s unsure how ready he’ll be for major minutes next season.

Other potential frontcourt members include Keylan Boone, who at 6-8 played more on the wing in his freshman season. There’s also incoming freshman Matthew-Alexander Moncrieffe. Those two will likely compete to start at power forward next season, given both of them still go to OSU (as of this writing neither has put out a graphic to reaffirm their commitments).