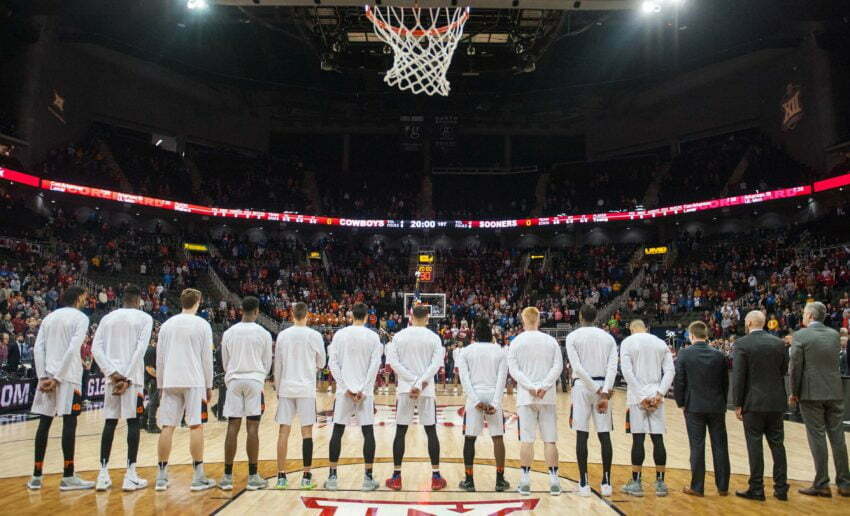 Mike Boynton has been positioning him and his staff on the recruiting trail for just over a year now with hopes to make a splash with big-name prospects.

That splash came earlier this spring when Kalib and Keylan Boone — now both top-200 recruits, and the latter rated as a four-star — committed to Oklahoma State. But given the scholarship outlook for 2019, another similar splash may not be in the works as fans may be hoping for.

As things stand now, Oklahoma State has 12 scholarships taken of the NCAA-allowed 13 heading into the upcoming 2018 season. And with Mike Cunningham the only projected departee as the lone senior on the roster, there’s currently zero space to add to the 2019 recruiting class.

Factoring in Cunningham’s departure and the Boone twins’ arrival, OSU will be maxed at 13 scholarships in 2019.

This doesn’t mean OSU won’t eventually add to its 2019 class because, let’s face it, things happen. No one expected Davon Dillard or Zack Dawson to be booted off the team midseason, but that opened up two spots for 2018; similar circumstances such as an expulsion, defections via transfer or even early graduation could all impact how 2019 shakes out.

Oklahoma State is involved with a few big names in 2019 that, should they pick OSU, would pave the way for OSU to clear space regardless of the situation. Five-star Armando Bacot is one of those, and I suspect that would be the case for other prospects such as Jaelyn Withers, Marcus Watson or a number of other targets OSU has positioned itselves with throughout the year.

But as things stand now, OSU’s roster is at full capacity unless an underclassmen not currently projected to be completed with their eligibility decides to jump ship ahead of schedule.