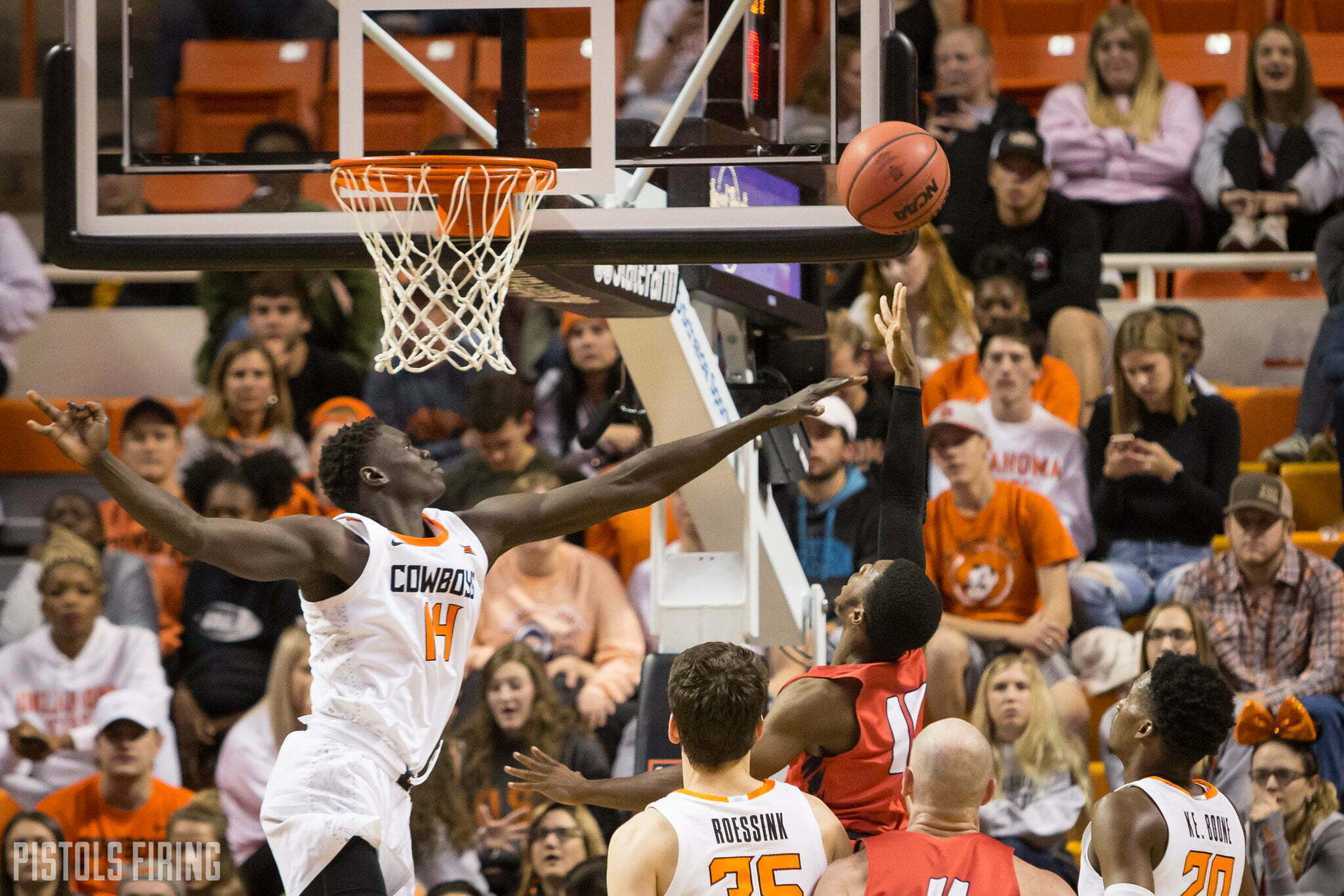 STILLWATER — Grant Riller will be the best player the Cowboys have faced so far this season.

Oklahoma State travels to Charleston for an 8 p.m. tip Wednesday, and Riller will be waiting for the Cowboys in South Carolina. A 6-foot-3 guard, Riller has averaged 24.5 points a game through the Cougars’ first two games, both wins.

The reigning CAA Player of the Year, Riller scored 26 points on USC-Upstate and 23 points on Georgia State to start the season.

Riller entered his matchup against OSU last season in a similar spot. Riller came into that game in Gallagher-Iba Arena averaging 23 points per. The Cowboys shut Riller down, though, as he finished 2-for-14 with seven points.

“Our focus will be on trying to limit his efficiency, throwing a lot of different bodies at him, trying to wear him down over the course of the game,” Boynton said. “A lot of times with a guy like that, he’s gonna score because he’s gonna have so many opportunities. You just want to make him work for everything he gets. We don’t want to leave him open in transition or give him too many baskets that really make him feel good, and then he’s making difficult shots later in the game because of that. Early on, we gotta be really dialed into making sure we know where he is.”

TD Arena won’t be like Phog Allen Fieldhouse or WVU Coliseum where the Cowboys have to go later in the Big 12 season, but it’s a good spot for the Cowboys’ freshmen to dip their toes in the water before diving into the Big 12’s daunting venues.

TD Arena has a capacity of 5,100. The Cougars have played both of their games at home so far this season, with 4,014 fans showing up to the USC-Upstate game and 3,853 going to watch Charleston play Georgia State.

With a high major team like Oklahoma State showing up Wednesday, there is a good chance for this to be the hottest nonconference ticket of the Cougars season.

Scheduling an away game at a mid-major school isn’t something totally new for Boynton at OSU. Last season, Boynton scheduled games at Charlotte and at Tulsa (both losses for the Cowboys). This year OSU heads to Charleston and Houston.

“Everything is by design in terms of the big picture,” Boynton said. “We make plans with the big picture in mind. We don’t talk about the big picture much because we can only focus on what we can control now, but I want our guys to not go into, I think our first league road game is in Lubbock.

“Not that Charleston is gonna be Lubbock, but it won’t be foreign completely to them, that they’re playing in front of a hostile crowd against a team that’s expected to be really good. I think all these experiences in November and December are in order to help us prepare for what we’ll see come January, February.”