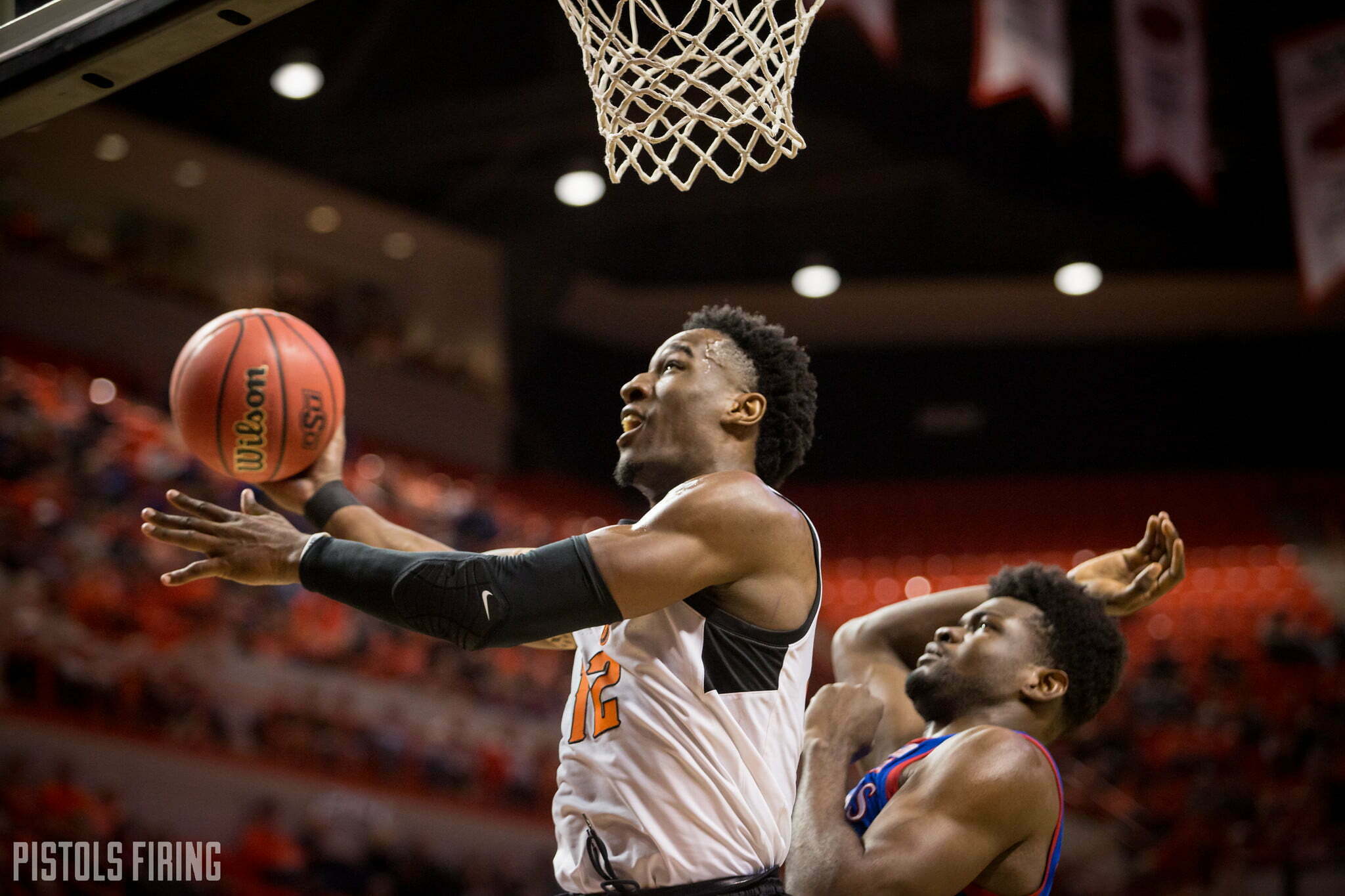 STILLWATER — After Saturday’s Bedlam game, Cameron McGriff said he would enjoy the moment for about 30 minutes then the Cowboys were back to it.

Oklahoma State’s prize for thumping Bedlam rival Oklahoma on Saturday was getting on a plane to prepare to face the nation’s new No. 1 on Monday night. Kansas is coming off a big road win against then-No. 1 Baylor. With three of the nation’s top five teams losing Saturday, the Jayhawks will return to No. 1 in the country on Monday and are in a prime spot to lock up the NCAA Tournament’s No. 1 overall seed.

But OSU coach Mike Boynton said this game also has a lot in store for the Pokes.

“There’s a lot this team is still playing for,” Boynton said. “There are no more bigger resume-building wins than going into Allen Fieldhouse. I’ve got four guys on the roster, three who’ve played, in the win up there. We’re gonna need to find a way to offset two of, maybe the two best players in the conference. They’ve got the two guys who I would guess if the season ended today, they would have the co-players of the year on the same team in (Devon) Dotson and (Udoka Azubuike). Big challenge ahead of us, but I’m excited for the opportunity to go up there and see what we’re made of.”

The Cowboys were able to somewhat nullify the Jayhawks’ dynamic duo in January. Dotson had 11 points, and Azubuike had just six. But it didn’t matter in the end as KU won 65-50.

As far as OSU players go, McGriff has played well in Allen Fieldhouse. McGriff dropped 20 points and had nine boards as a sophomore in Lawrence, a game OSU won. Then as a junior last season, McGriff scored 22 points.

Coming off a career-high 28 against Oklahoma on Saturday, this game could be an opportunity for McGriff to cement his college legacy as his number of games remaining winds down.