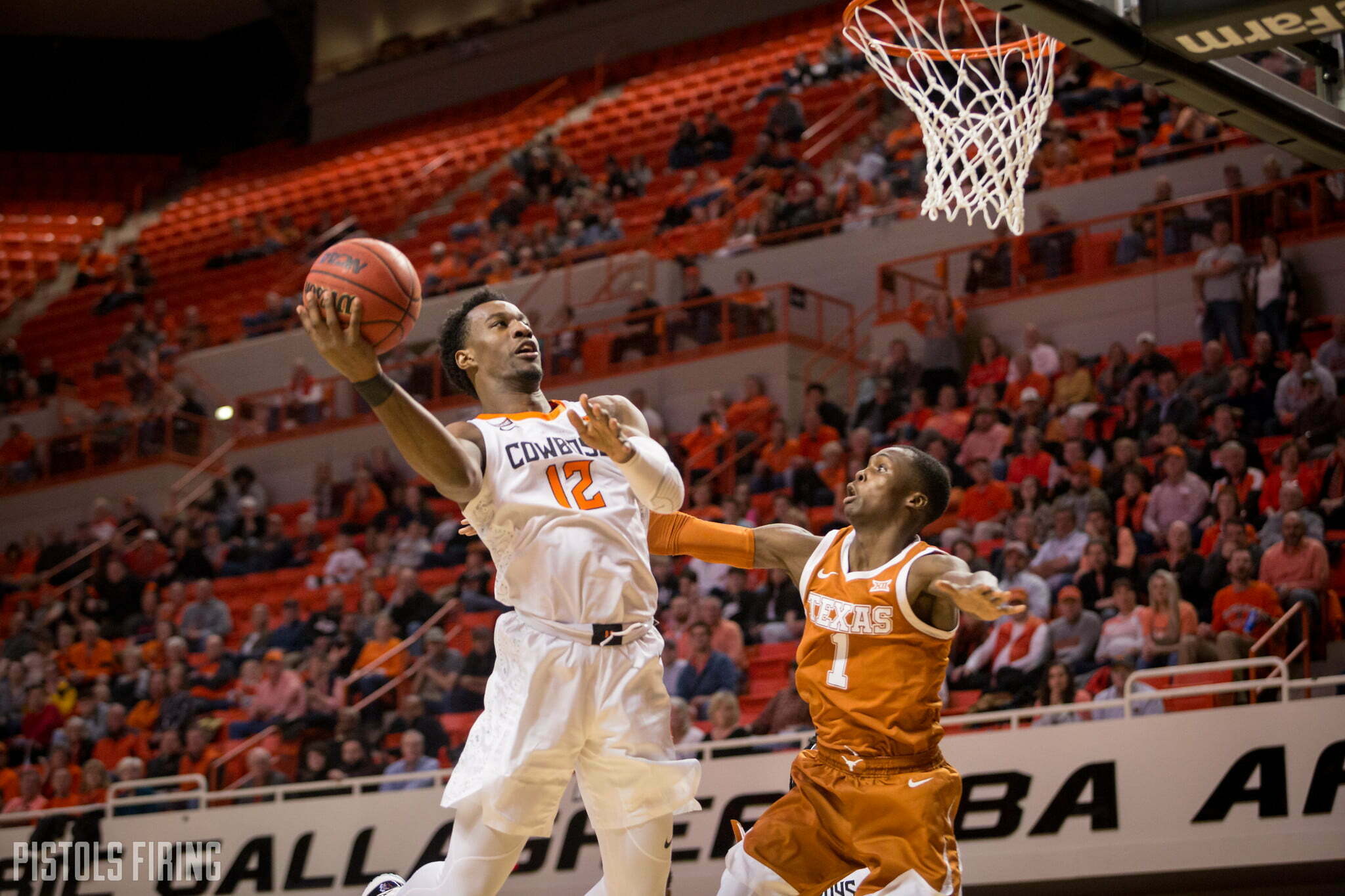 STILLWATER — There isn’t a team as hot in the Big 12 as Texas.

Oklahoma State travels to Austin to face the Longhorns in the teams’ regular-season finale. The game won’t matter all that much in terms of the Cowboys’ Big 12 Tournament seeding. OSU is locked up in the 8/9 game Wednesday against Iowa State. However the game could lock up an NIT bid for the Pokes.

Texas hit what seemed to be rock bottom Feb. 15 when the Longhorns fell to Iowa State 81-52. Pictures of an empty Frank Erwin Center were being mocked on social media, and many were calling for fifth-year coach Shaka Smart’s job. But since that loss in Ames, the Longhorns haven’t lost.

UT has done it with its three-guard attack of Andrew Jones, Matt Coleman and Courtney Ramey. During this winning streak, Jones has averaged 17.2 points per game (after beating leukemia last year), Coleman has averaged 13 and Ramey has put up 15.4 a game.

“They got three really good guards,” Boynton said. “That’s a good place to start. They can all makes plays off the dribble. They’ve got confidence. Confidence, we talked about it when we didn’t have any, it’s a hard thing.”