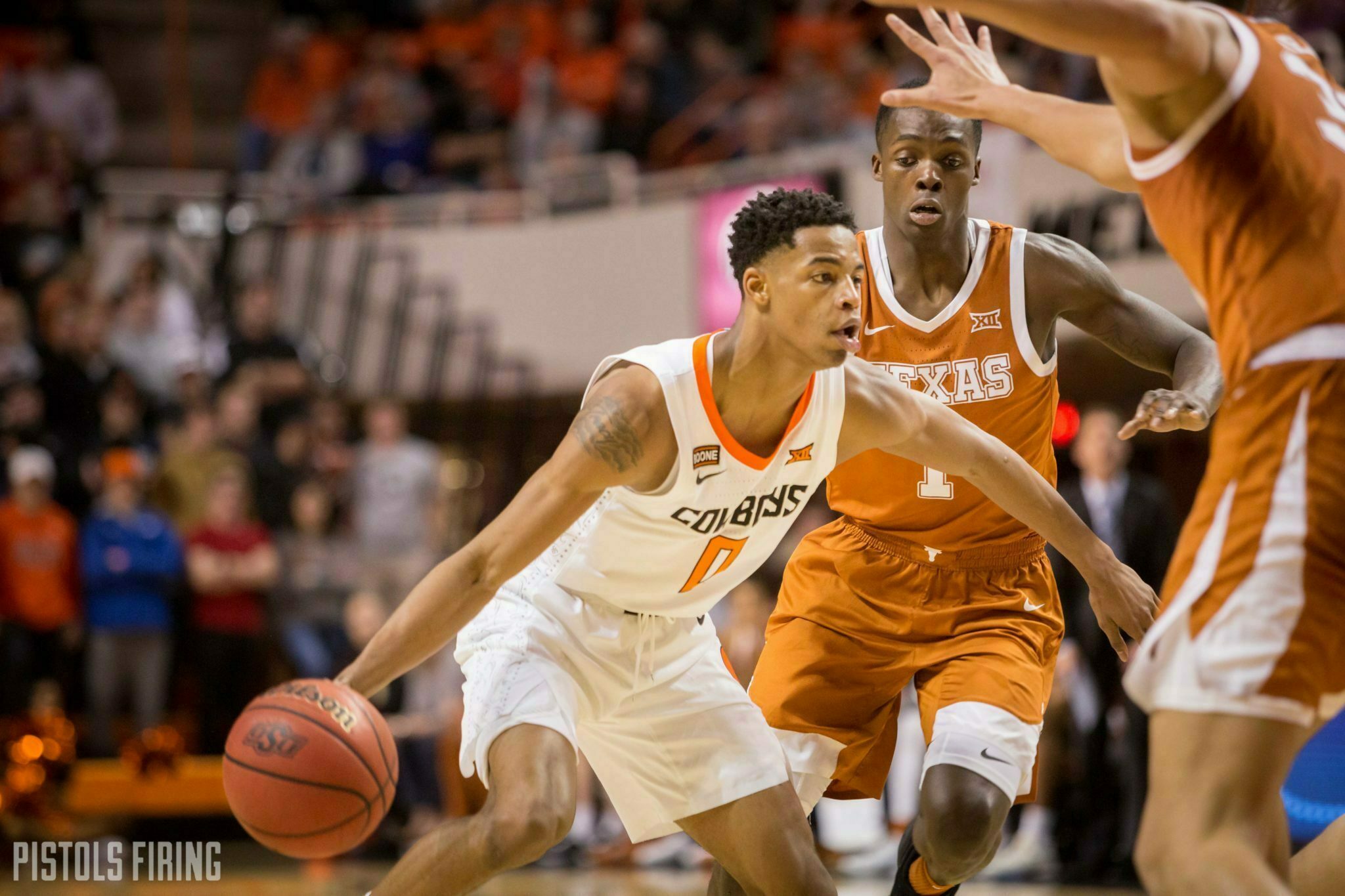 STILLWATER — The number one was used a few times in Mike Boynton’s postgame press conference after the Cowboys’ loss against Texas on Wednesday.

Boynton referenced Baylor, who Oklahoma State plays at 11 a.m. Saturday, as a team that he thinks is the No. 1 team in the country. It’s a stance that a few have argued to this point. The Bears are 14-1 and on a 13-game winning streak.

Here was another time Boynton, whose team is 0-4 in Big 12 play, mentioned the number.

“It just takes one to get the ball rolling,” Boynton said. “That’s my job as a head coach and our job as a staff to make that happen.”

Saturday’s game will be a tough one to get that ball rolling, but the sentiment is true. With Boynton on the bench as an assistant, OSU started the 2016-17 Big 12 season 0-6 before winning nine of their final 12 conference games and making the NCAA Tournament.

“On Saturday, the team I think is the No. 1 team in the country is coming into our place,” Boynton said after the Texas loss. “So, if we walk around for the next 48 hours feeling sorry for ourselves, it won’t be good. If we can figure out a way to understand what happened tonight, get better, come back to practice tomorrow with a good attitude, have another good day of practice on Friday, we’ll give ourselves a chance to compete against a team that will be a No. 1 seed in the NCAA Tournament.”

With that said, Anderson has played fewer Big 12 minutes than those two guys, having played 94 minutes to McGriff’s 120 and Waters’ 133.

It’s not just points that Anderson has provided in his first four games of Big 12 play, either. His 3.5 rebounds, 1.75 assists, and 1.25 steals per Big 12 game are all higher than his full season averages.

With that increased role, though, Anderson hasn’t always made the best decisions with the ball. He has 15 turnovers in four Big 12 games and a team-high 36 turnovers this season.