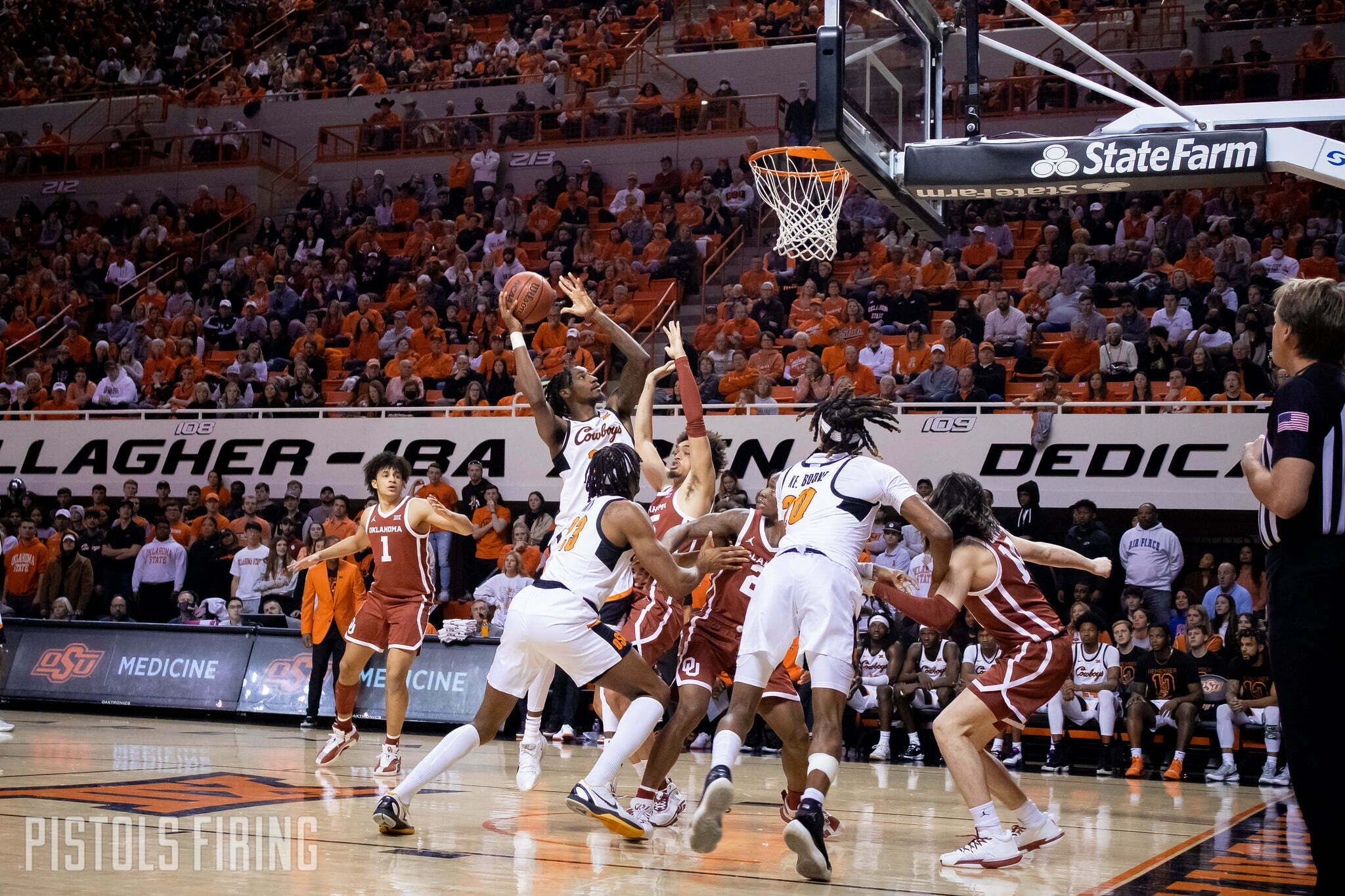 The Cowboys have just three games remaining in their 2021-22 season, and Saturday’s ought to be a big one.

Oklahoma State travels to Norman to play Bedlam rival Oklahoma. Here is a preview of the matchup.

The Cowboys have won four straight against OU with their win in Stillwater at the beginning of the month.

That game saw OSU pound the Sooners inside with Moussa Cisse and Kalib Boone combining for 24 points. It was also a big day for Cowboys from Oklahoma, as Oklahomans combined to score 39 points for the Pokes. Tanner Groves had 23 points and nine rebounds for the Sooners, and Elijah Harkless, who won’t play Saturday, scored 15 points but had eight turnovers.

Despite this recent streak, the Sooners still lead the all-time series 140-103. The Sooners are 86-28 against the Cowboys in Norman.