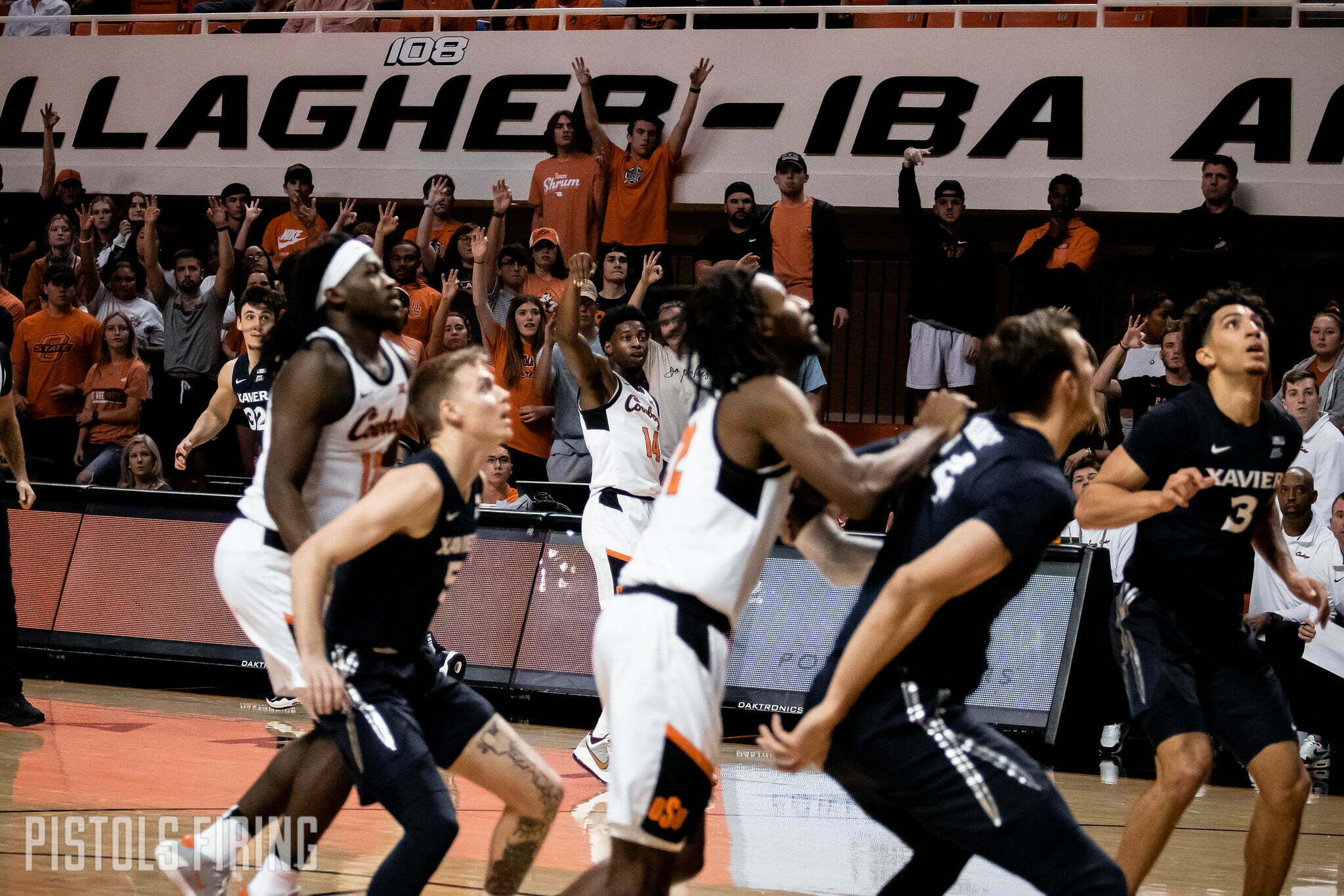 After 17 days, Cowboy basketball is finally back.

Oklahoma State hosts Kansas on Tuesday night to start each team’s conference slate. OSU hasn’t played since its Dec. 18 loss to Houston after a COVID-forced break.

OSU coach Mike Boynton said Monday he doesn’t expect to have his entire roster available for this game and that last week the Cowboys hosted practices with three and four players because of positive COVID tests. On top of the limited prep time, the Cowboys now see the No. 6 team in the country.

Here are some stats and other information to get you ready for Tuesday night’s game.

Tuesday’s game will be the 180th meeting between these teams on the hardwood, where Kansas boasts a 119-60 record.

Since taking over for the 2017-18 season, OSU coach Mike Boynton is 3-6 against the Jayhawks, sweeping KU during the regular season in his first year as a head coach.

The teams split the series last year, as OSU won in GIA 75-70 off an 18-point, seven-rebound outing from Cade Cunningham. Bryce Williams also dropped 17 points, including a self-served alley-oop at the buzzer.

The Cowboys did, though, play poorly in Lawrence in the teams’ most recent meeting, falling 78-66. Cunningham dropped 26 in that game.