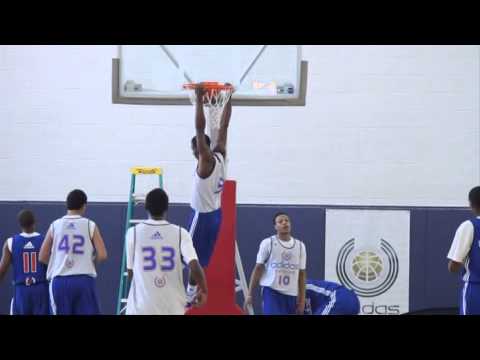 I’m embarrassed that this is our first basketball post of the new season (and I promise there will be hundreds more), but that 11-man squad playing on the fake grass to the west of Gallagher-Iba Arena has been rather successful in their competitions thus far this year so, yeah…we’ve been busy.

Back to the reason we’re here though. Adam Kemp wrote a quick post last night about the #1 point guard in the 2013 class, Solomon Poole, shortly after Rivals wrote a post on him.

Many of you probably don’t have a Rivals account however, so I thought I’d give you some background on Mr. Poole.

He very much seems like one of those guys who cares about nothing but basketball. I’m all in on guys like that, I don’t care how many 5-pointed geometric shapes you have next to your name. If you love hoops, I love you.

Although I might need to be informed about who ‘Lil Boosie’ is…?

Poole’s brother, Stacey, currently plays for Kentucky but only saw action in a handful of games last year and scored a total of three points. He is currently considering transferring to another school. Their dad played at Florida so the SEC blood runs thick, and Solomon is also considering South Carolina as well as Georgia.

He wouldn’t be a freshman until the 2013-2014 season which would be Guerrero’s junior year and Gulley’s senior campaign, although I’d bet my Robin Ventura baseball card collection he’s not around that long.

Poole had big things to say about the program, noting:

It’s a perfect situation for me as a point guard because Coach Ford played point, and he understands the point perspective. He’s bringing in new recruits like Marcus Smart and Le’Bryan Nash, and I could play with them guys.

Unfortunately, young Sol (can I call you that?), by the time you get here Le’Bryan will so busy making it rain, both figuratively and figuratively, in the NBA he won’t even notice you ever arrived.

He didn’t seem nearly as excited about his recent visit to Louisville:

I just went and saw the facilities and the Yum arena. They’re recruiting me and it was nice. It was a nice place.

He is also interested in South Florida, Georgia Tech, and The U. Which means he’ll probably be suiting up for Baylor.

A pair of great videos below. He really reminds me of Ty Lawson in this one for some reason.

Also…does he have a good first step here?