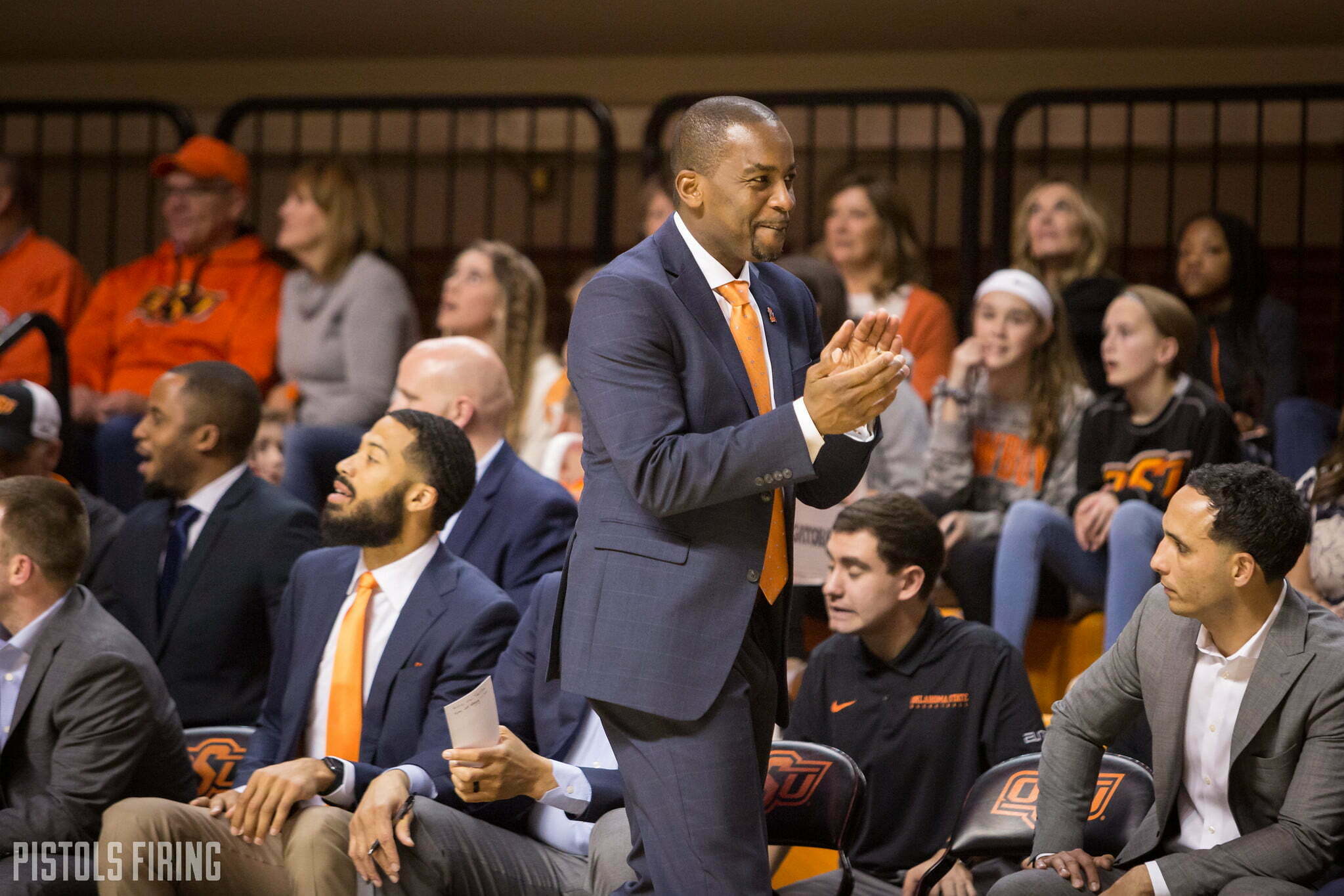 Mike Boynton still has two scholarships at his disposal, and a new potential suitor has entered the arena.

Adama Sanogo is a 6-foot-9 center from Mali, and Rivals’ Corey Evans named Sanogo as a guy for OSU fans to keep an eye on moving forward. Sanogo is currently the No. 50 recruit in the 2021 class, but Evans said Sanogo could reclassify to 2020.

Evans mentions that OSU would have to make up ground on other schools after Sanogo. He has offers from Nebraska, UConn, Pitt, TCU, Oregon and others.

Sanogo is different than OSU’s current centers Yor Anei and Kalib Boone. Whereas Anei and Boone are good at using their exceptional length, Sanogo is more of a big-bodied brute.

247Sports lists Sanogo at 6-9, 250 pounds. He plays his preps ball with The Patrick School in New Jersey. In a game against Roselle Catholic on Feb. 1, Sanogo scored 17 points and had 23 rebounds.

Thor visited OSU the same weekend as signees Cade Cunningham and Rondel Walker back in the fall. When Matthew-Alexander Moncrieffe committed last week, he mentioned that he was going to recruit Thor.

Thor was originally a five-star in the 2021 class before reclassifying to 2020. According to Evans, there is still a possibility Thor jumps back to the 2021 class.

Meanwhile, Williams’ recruitment is blowing up. Out of Nebraska, Williams decommitted from the Cornhuskers in mid-December. He also returned from a knee injury in January and has since torched many Nebraska high schools. There has been interest from all over. Williams took an unofficial visit to Lawrence on Monday night to watch the Jayhawks rout the Pokes. He visited Stillwater the same time Moncrieffe did.

Evans also said to watch out for OSU on the transfer market in the coming weeks. When the coaching carousel has recruits decommitting from programs with their thought-to-be coach leaving, it could open up another list of available players potentially capable of making an impact for OSU in 2020.