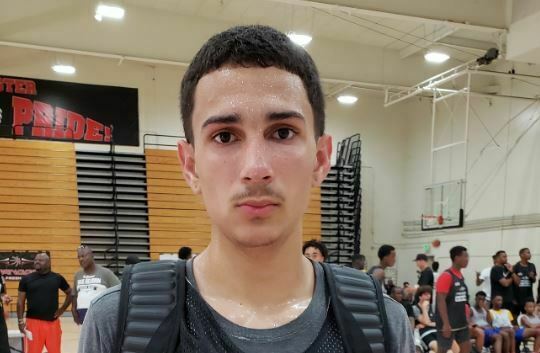 During the Pangos All-American Camp the high school freshman was selected to the Top 60 all-star game. Isaacs is currently ranked No. 17 in the 2022 class by ESPN, the second overall player out of Nevada. The camp’s organizer and recruiting guru Dinos Trigonis took exception with that ranking.

No disrespect to the recently released ESPN 2022 rankings, but there is no better frosh PG in country than 6-1 2022 Rickie Isaacs (Coronado/Henderson NV). At this point in the 2022 horse race, Isaacs should be no worse than Top 5 nationally in that class. Its a joke otherwise

It appears that Boynton and his staff made quite the impression on the touted youngster and his family. Here’s what his dad, Richard Isaacs, said about OSU in a tweet.

“Mike Boynton is an impressive man! Talk to him for a minute and u feel like u have known him for a lifetime! Let’s go Cowboys! S/O to Scott Sutton for believing in my son!! No better folks than the Suttons!”

Isaacs is multifaceted scoring machine who can get to the rim seemingly with ease and can pull up from deep just as effectively. There’s still a long time before he puts ink to paper to play at the next level and more and more schools will continue to come knocking, but it’s nice to see that OSU is making a good early impression.

Here’s a look at Isaacs in action in Los Angeles last week.

Long-time OSU target Bryce Thompson was courted by some visiting bluebloods this week, much to chagrin of the Cowboys staff, I’m sure.

A week after Mike Boynton made a visit to the Thompson household, the Booker T. Washington phenom hosted Michigan State’s Tom Izzo as well as coaches from North Carolina on Thursday and picked up offers from both.

After a great in home visit with Coach Robinson, I’m blessed to say that I’ve received a scholarship offer from The University of North Carolina! #GoHeels 🐏 pic.twitter.com/JoTw6M43FZ

After a great in home visit with Coach Izzo and staff, i’m blessed to say i’ve received a scholarship from Michigan St!💚 #GoSpartans pic.twitter.com/r4eEvzB55F

That makes 15 Division-I offers for Oklahoma’s best player, but that won’t stop Boynton and Co. from trying to keep him within these borders.