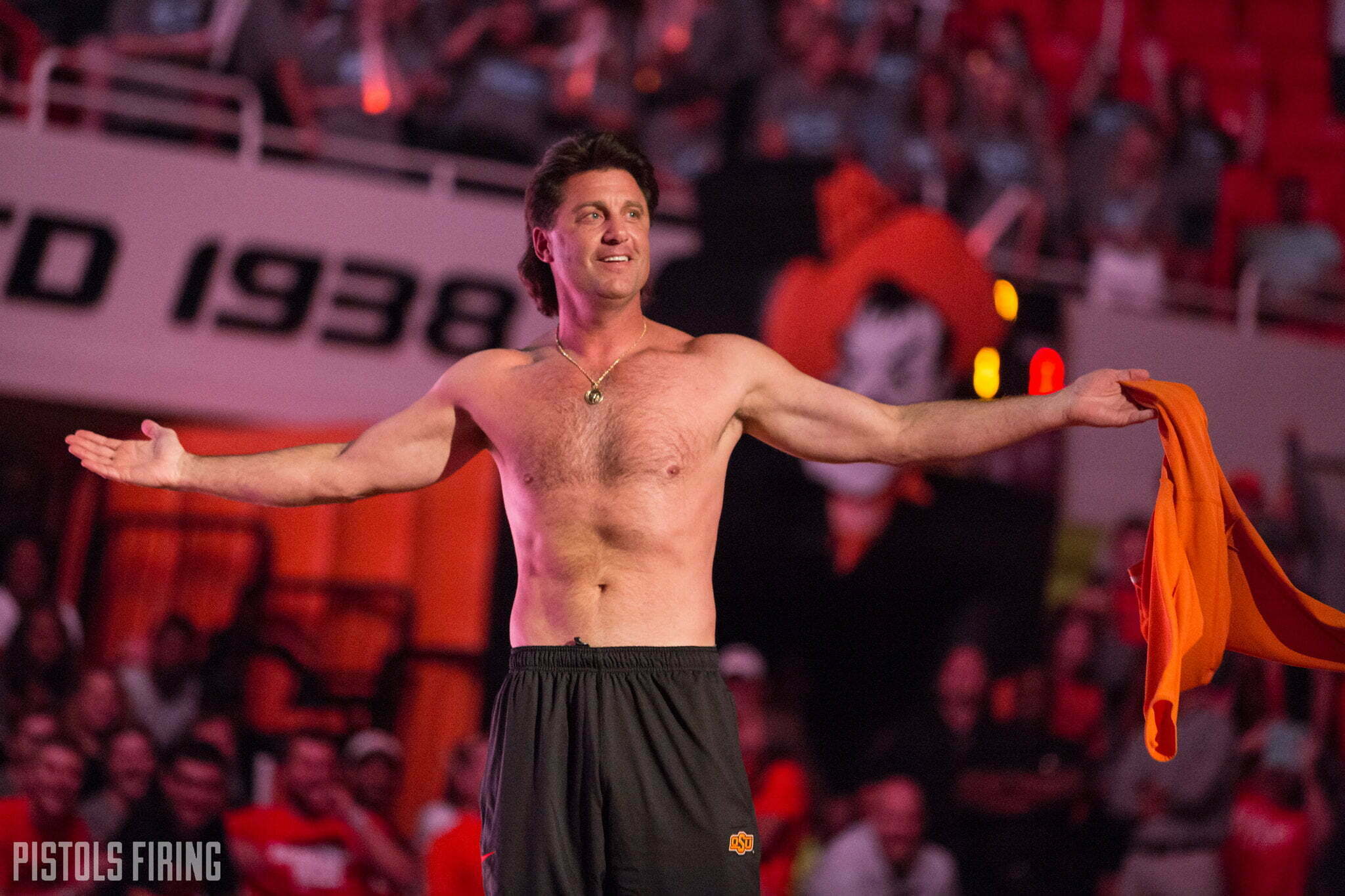 STILLWATER — Mike Gundy was apparently walking in and out of the Cowboy basketball locker room this week when he came to freshman guard Avery Anderson with a proposition.

“I don’t know how it came about, but he was just like, ‘Hey, y’all want to make a TikTok?” Anderson recalls. “Me, Chris (Harris) and Keylan (Boone) and Kalib (Boone), we love TikTok, so we just found a video and showed him how to do it. He did it.”

So, it was Gundy’s idea to create such a solid internet moment with players on a team he doesn’t even coach. One of the better OSU crossovers since … well Brock Martin and Malcolm Rodriguez joined the wrestling team a few weeks back.

It was nearly a full basketball team affair with Dee Mitchell, Chris Harris, Isaac Likekele and J.K. Hadlock all getting involved.

For the #olds out there thinking, “What in tarnation is a TikTok?” You are not alone. At 24, I’m not entirely sure I understand this new social media app that’s become a mainstay in the lives of people younger than 20.

Essentially, someone makes a dance up to a song, then everyone copies that dance to the same song. Anderson said Gundy picked it up fairly quick. He said they only did it “like three times.”

“I thought we were going to have to redo it all over a million times,” Anderson said. “But he got it.”

While all this was going on, OSU basketball coach Mike Boynton had no idea until someone showed him at lunch Wednesday.

“I’m starting to feel like an old man,” Boynton said. “This is kind of becoming embarrassing a little bit because I pride myself on kinda still having some relevancy with these guys. I didn’t know Coach Gundy was in the locker room, I didn’t know they were making a video. I was at lunch yesterday, and somebody’s like, ‘Hey, did you see this?’ And I was like, ‘No?’ Then I watched it, and I don’t know how impressed I was.

“But it’s pretty cool that he would take time to come spend with our guys, right? Coach has been an unbelievable supporter of our program. But the wave of TikTok, I’m not sure that I’m quite there yet.

“Coach Gundy’s a pretty cool dude. It’s pretty awesome I get to work in the same department with him. I’m not quite 40, so I’m not a man yet but … .”

Not a bad review for a guy who inspired this TikTok …