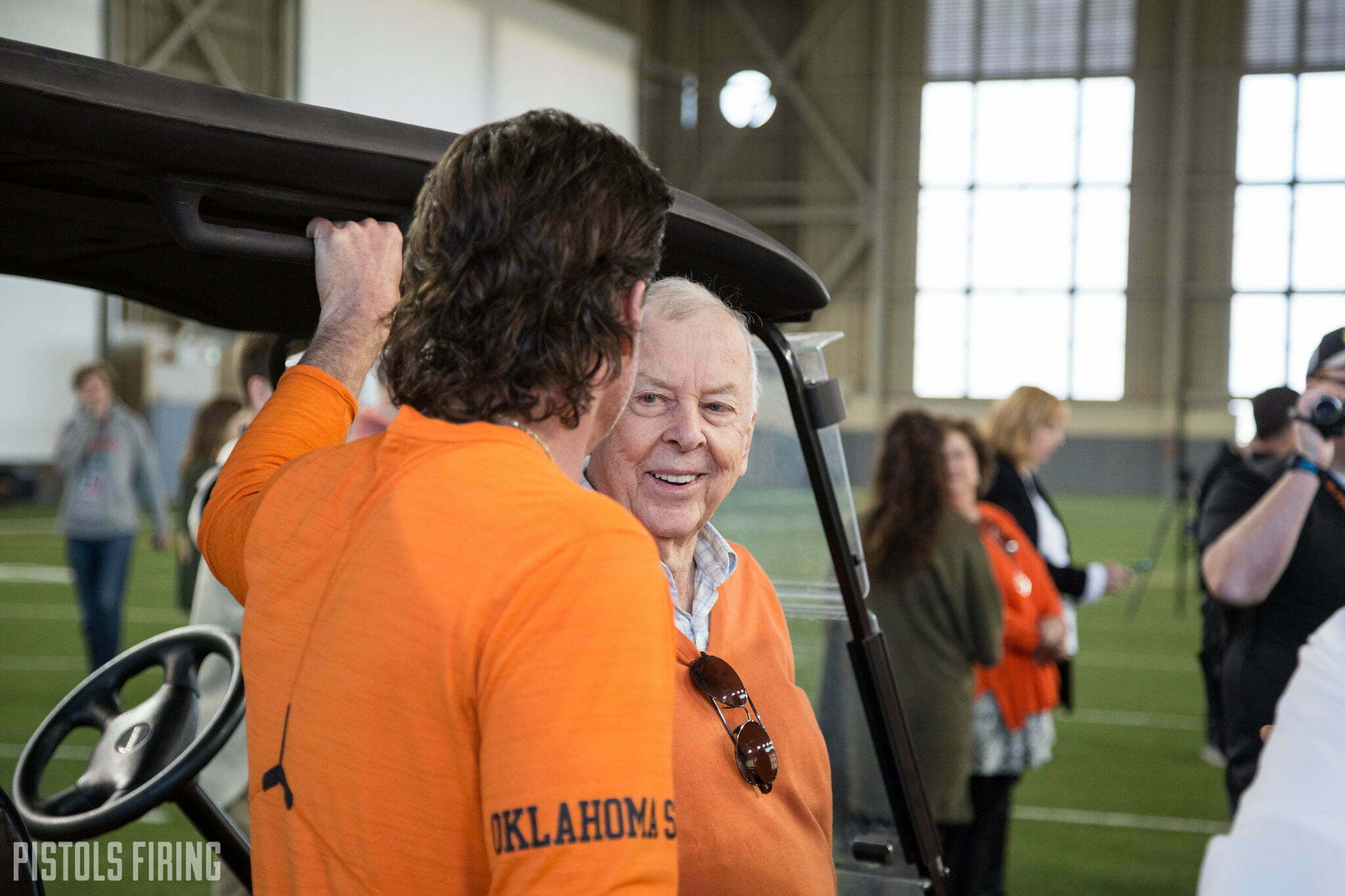 Prior to Saturday’s kickoff against Texas Tech and other Senior Day activities, Oklahoma State will posthumously honor super donor T. Boone Pickens with the unveiling of a nine-foot bronze statue in his likeness.

Boone’s statue will rest at the west end of the stadium that holds his namesake. The ceremony will take place before kickoff, at 8:45 a.m., with Burns Hargis, OSU athletic director Mike Holder and Mike Gundy are listed as speakers.