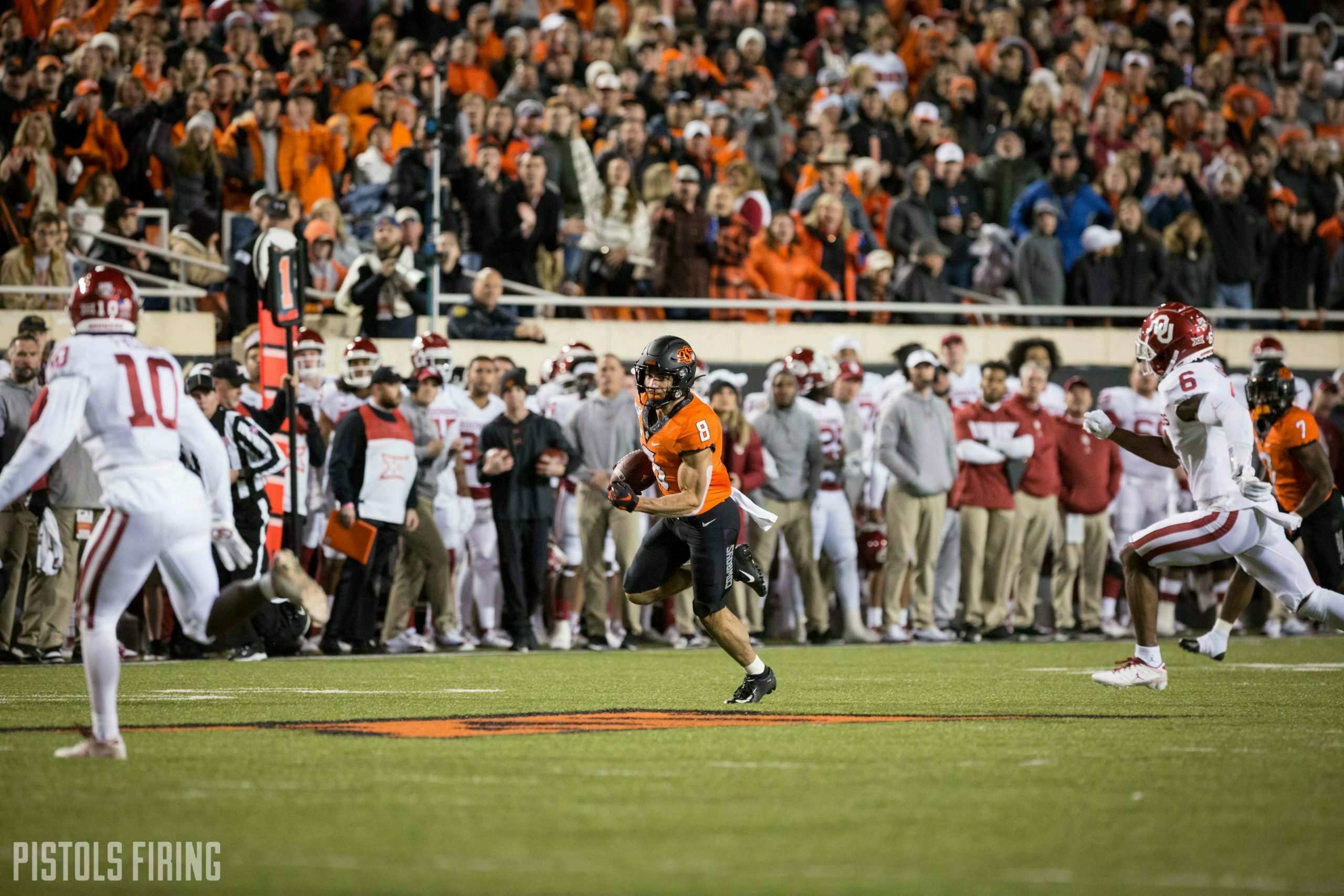 There was 2014, with Tyreek Hill tying up Bedlam in an eventual Oklahoma State Bedlam triumph. There was 2018, when Matt Ammendola missed an extra point that eventually came back to haunt the Pokes. And there was 2013, too. It brings me zero pleasure reminding you about the Jalen Saunders punt return touchdown that season, which came in a game that cost OSU the Big 12 title.

It seems more often than not, special teams has a way of tipping the scales in Bedlam.

“We need to play a well-rounded football game,” said Mike Gundy earlier this week, noting that the goal is to play a game on offense that’s “compatible” with the defense and special teams.

Put another way, Gundy knows special teams not only has to not be a hindrance, but it must be a strength. An edge against these surging Sooners is needed anywhere you can get it. The margins are thin when you’re talking about two of the league’s most complete teams going head to head.

“That is one of the seven things that keeps me up at night, and now you’ve brought it up and put it back in my brain,” Gundy told 247Sports last year when asked about special teams ahead of Bedlam. “Now when I go to bed, I won’t be able to go to sleep as easy. Special teams and penalties, right?”

Oklahoma State’s special teams this season — outside of the Texas loss — have been solid. (OSU gave up a kickoff return TD.) Still yet, the Pokes rank 17th nationally this season in ESPN’s SP+ metrics, well ahead of OU, which ranks 59th. That’s a mark that ranks first in the league this season. (Maybe the knee-jerk reactions post-Texas were a tad overblown!)

Saturday, special teams will undoubtedly play a factor once more. And between the expected rain and wind, you can expect something is liable to go awry for one team. OSU just has to hope and prepare that its special teams review will look a lot more like 2014 than 2018, or like it did against Texas. It might very well be the difference in the game.

“You follow the Coach [Bill] Snyder theory at Kansas State,” said Gundy last year. “If I can steal 75-yards in the game with either special teams yards or penalty yards, then it is worth 7 points.”