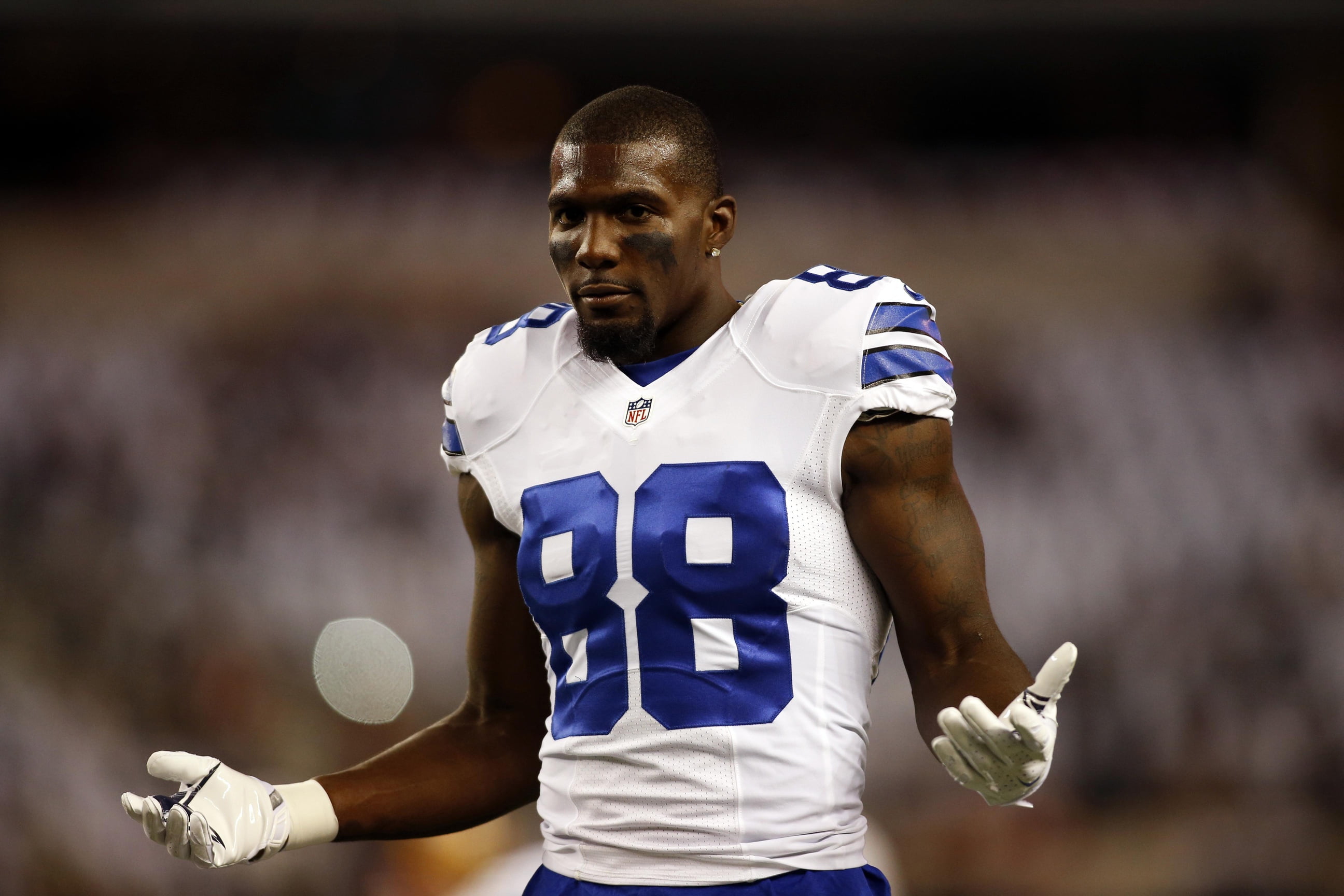 Dez Bryant doesn’t know what happened on Monday either (USATSI)

I’d just stepped out of a movie with my wife on Monday night to nearly 20 texts — the majority of which were about what was going on about 40 miles west of us in a large domed stadium.

Brandon Weeden had stepped in for Tony Romo — to the tune of 4/6 for 69 yards and a TD — and then Romo had taken back over and, yeah, the entire thing was a mess.

I caught the very end of the game and bits and pieces of Weeden trying to force a TD to Dez — I’m pretty sure he wanted this to happen more than any of us did (which is saying something).[1. Still the greatest “what if” in OSU history is “what if Broyles had stayed committed to Stillwater and Dez had stayed for his senior year?” Weeden2BlackmonAndDezAndBroyles.]

Both of which Dez could have caught.

And one of which he should have caught.

But then Weeden tossed his first TD as a Cowboy.

And of course Jerry and Co. decided that No. 9 should come back in which he did, ineffectively, and Dallas lost in OT.

Still it was fun to see Weeden under center (under center, I know!), Dez out wide, Randle in the backfield, and Bailey kicking. It really is like OSU South.

It was even more fun to watch Weeden and Colt McCoy go at it — they missed each other’s college careers by one season.

Plus Dallas knows it now has a legitimate backup QB.