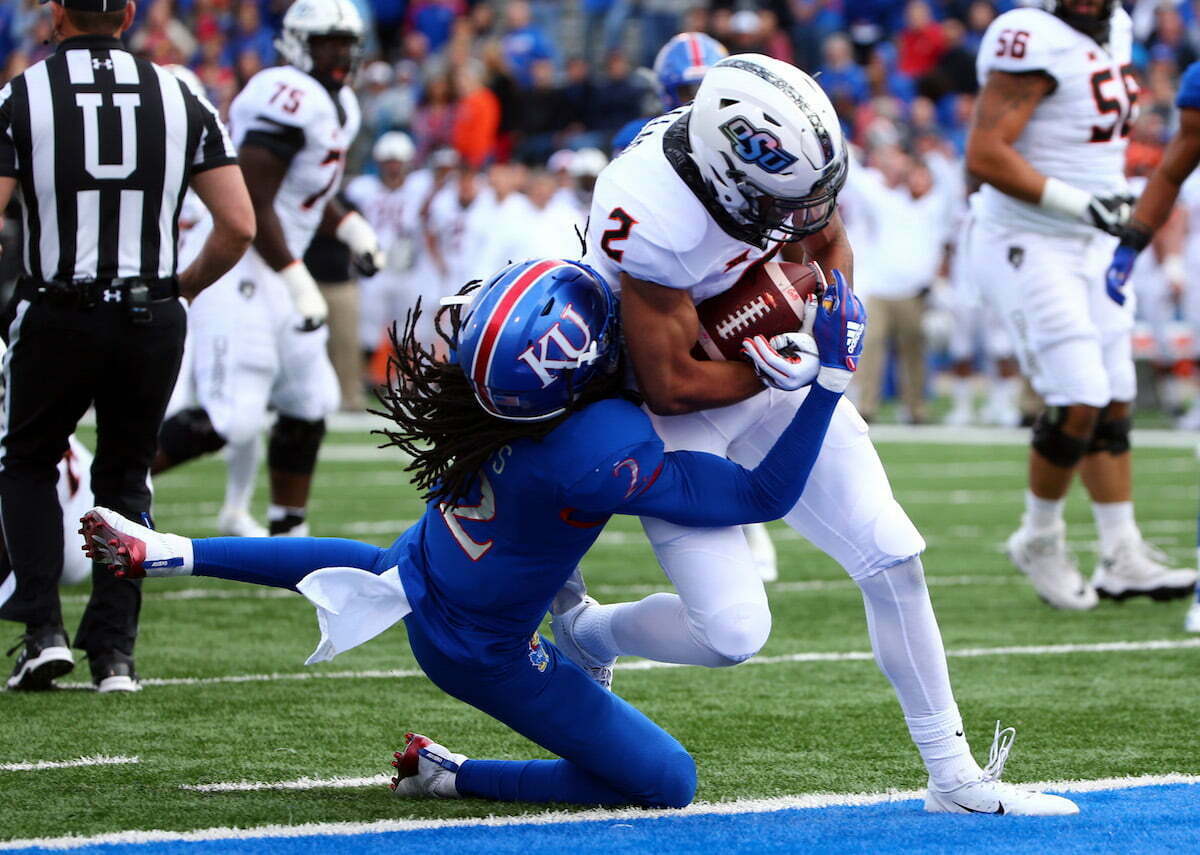 Despite a handful of guys out because of injury and an absurd amount of penalties, Oklahoma State handled Big 12 bottom feeder Kansas 48-28 on Saturday in Lawrence.

Justice Hill nearly tripled his carries per game average, as he ran 31 times for 189 yards and a touchdown.

Hill’s production also opened this up for quarterback Taylor Cornelius. The redshirt senior quarterback was 15-for-20 with 312 yards, four touchdowns and an interception.

"They wrote me off last week, but I'm dropping five-hundo today coach." pic.twitter.com/YtVFwA5OVH

Despite taking a 24-7 lead into the half, the Cowboys racked up seven penalties for 82 yards. KU was able to pull to within 13 early in the fourth quarter, but the Jayhawks weren’t able to close the gap.

The Cowboys’ defensive front had another dominant game, posting five sacks. The Big 12 leader in sacks Jordan Brailford added three today, bringing his total to seven on the season.

OSU entered Saturday’s game with two of the four starting receivers it boasted in weeks one through four. Saturday, Cornelius was able to share the love with Tyron Johnson, Tylan Wallace and Landon Wolf.

Wolf got a lot of snaps as the Cowboys were without Jalen McCleskey and Dillon Stoner. Wolf brought in a team-high six catches for 116 yards and his first career touchdown.

Wallace had only four catches but had 104 yards and a score. He also did more Tylan things.

Johnson had 86 yards on three catches, two of which were touchdowns.

The Cowboys return home to play Iowa State next week, who play at TCU at 6 p.m. Saturday. The Cyclones have had relatively low-scoring games this season, averaging only 18.7 points per game while giving up 21.