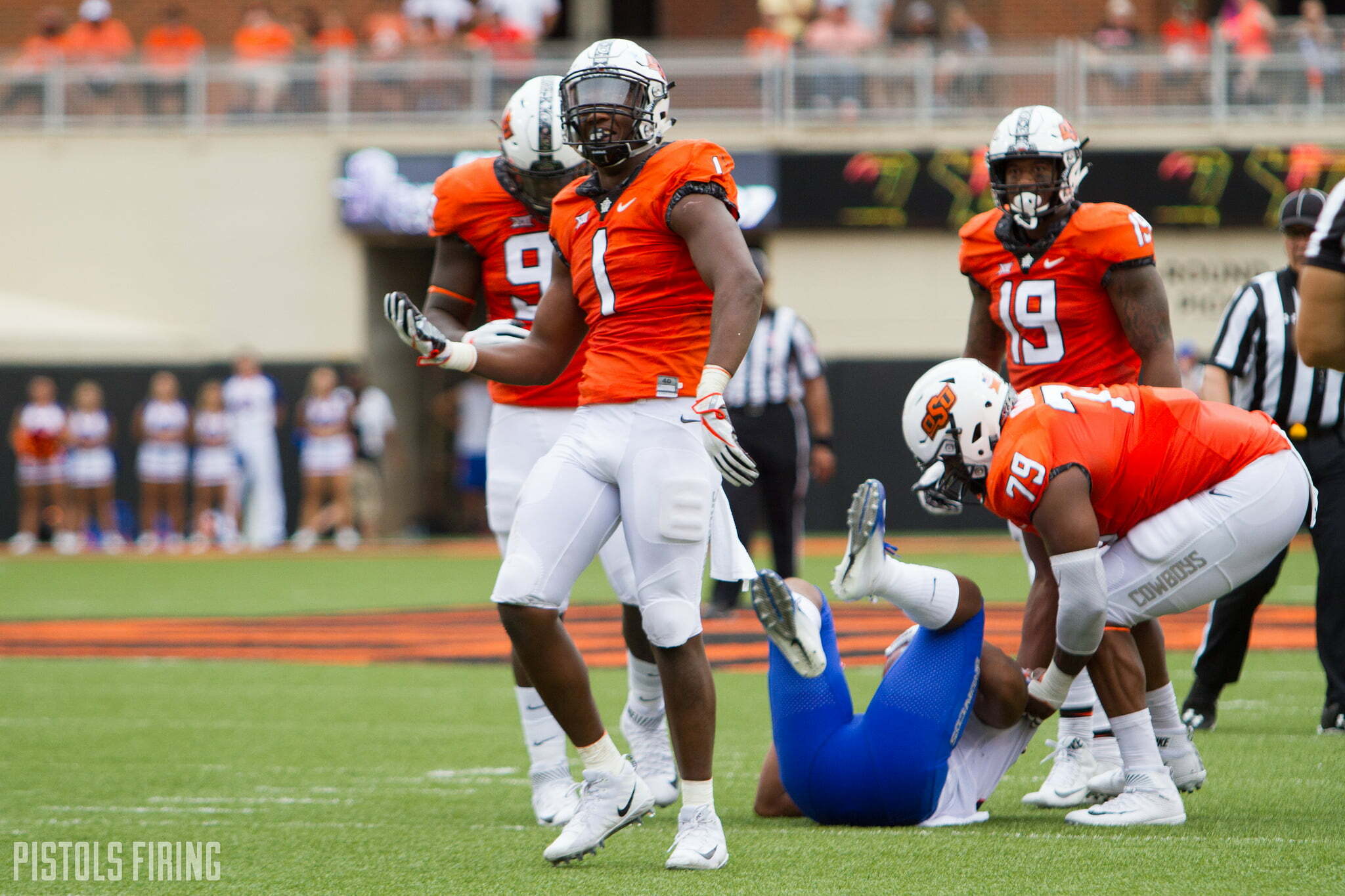 The Cowboys will be without some key pieces in Lawrence.

Daniels’ injury will require surgery and the senior D-Tackle is expected to miss multiple games according to a report by Mark Cooper of the Tulsa World. He was seen at the OSU soccer game last night with a splint on his left hand, the Stillwater News Press‘ Jason Elmquist reports.

Bundage is the team’s leading tackler, and he and Daniels have combined for 37 total tackles this season.

Devin Harper will likely replace Bundage in the starting lineup, as Enoch Smith, Cameron Murray and Brandon Evers will all get more action in place of Daniels.

The loss of Stoner adds to the already dwindling numbers at inside receiver. On top of Stoner, the Cowboys are without Jalen McCleskey, who it was announced Monday will redshirt and transfer, and Tracin Wallace who had a knee surgery earlier in the season.

Landon Wolf is the only inside receiver from OSU’s two-deep the Cowboys will have available. It might also be likely that some of OSU’s running backs spent time in the slot.