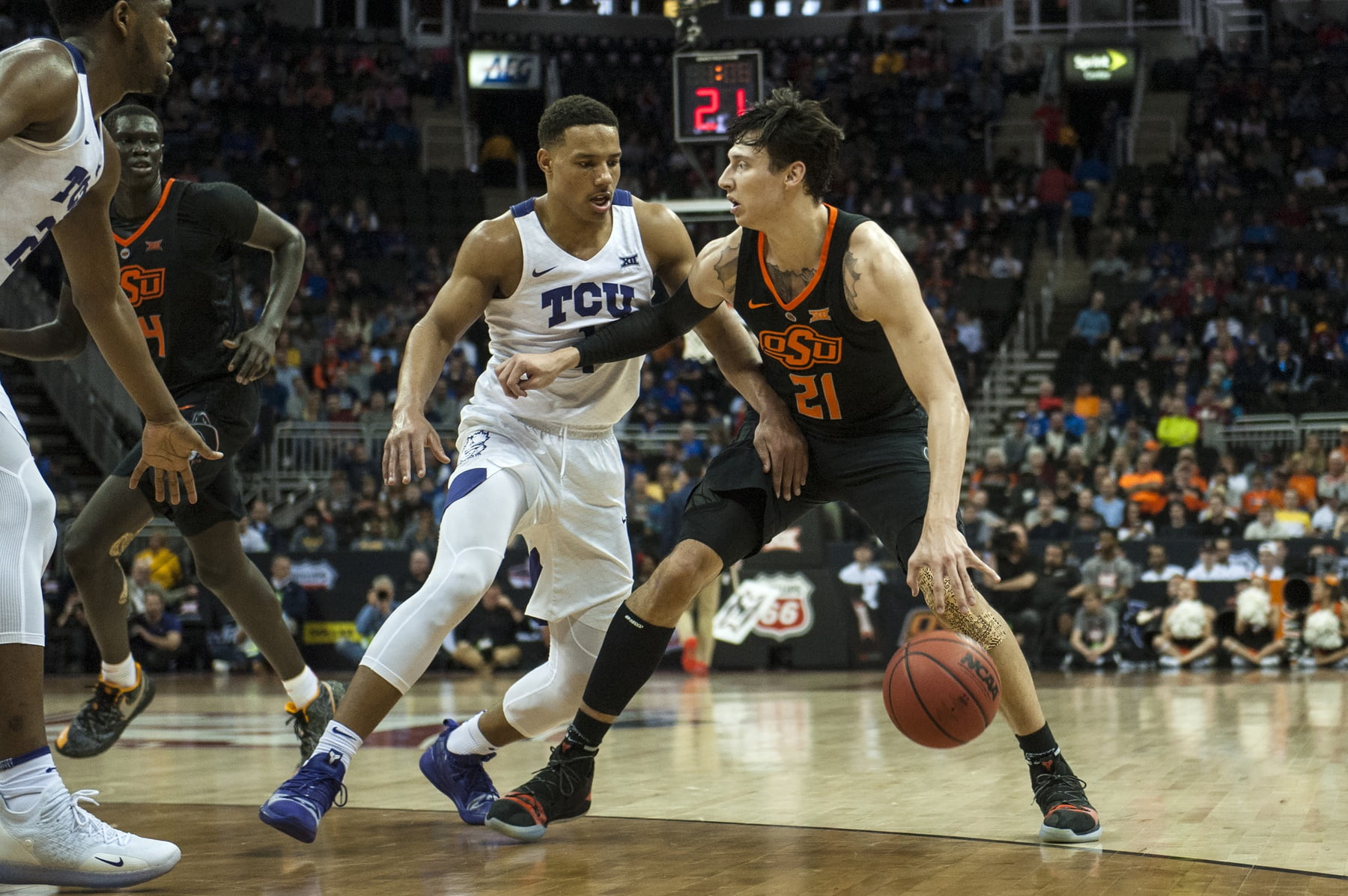 It was a miracle for Oklahoma State just to be in the situation it found itself in during the final seconds.

The Cowboys didn’t lead until 26.1 ticks remained on the clock when Lindy Waters stepped up to the charity stripe to knock down both free throws and put the Cowboys ahead 70-68. Unfortunately for them, those would be the last points scored by an OSU player this season, as OSU would fall minutes later 73-70 to go one-and-done in the Big 12 Tournament.

The ending on Wednesday wouldn’t have surprised anyone who watched the first 30 minutes of the eight/nine matchup in the Big 12 Tournament, but how we got to and those last few possessions was as dramatic and nerve-racking as any game you’d hope to see in Kansas City this week.

TCU took the fight to Oklahoma State from the opening tip, and set the tone for what would be a mostly forgettable game from the Cowboys.

Air balls and open shots <— That’s what I jotted down about eight minutes into the game with OSU having found itself in an early 16-point hole. As you can imagine, the air balls came off the fingertips of Cowboys and the Horned Frogs were the ones waltzing unassailed to the basket.

But the Pokes showed a little life, using a 6-0 run to get back within 10, but open 3 after open 3 allowed the Horned Frogs to run away late in the first half growing their lead as high as 19 and heading to the break up 16.

Almost Too Deep an Early Hole

The fact that OSU even made this game respectable, much less being able to take a late lead, is amazing. The team that battle back late looked nothing like the lethargic squad that showed up early.

It wasn’t simply a bad shooting start by OSU, or the Frogs going scorched earth. The Cowboys looked disjointed and, at times, uninspired on defense. OSU had a pair of head-scratching shot-clock violations that led to visible frustration on the face of their head coach. In an absolute lopsided display of effort, the Frogs out-rebounded the Cowboys 22-10 in the first half.

Upon review, this play was deemed a personal foul against Lindy Waters. That’s a pretty apt microcosm for how Oklahoma State’s night mostly went.

It was more of the same early in the second, a couple of made 3s ballooned TCU’s lead to 20 less than two minutes into the final frame. But the Frogs seemed to rest and their laurels and big lead, opening the door for the no-quit Cowboys to crawl all the way back from a 21-point second-half deficit.

Lindy Waters willed his team into contention over the final eight or so minutes, and freshman big man Yor Anei almost helped close the deal.

Just 10 seconds after Waters took that lead, Desmond Bane would make the go-ahead 3-pointer. Waters had a chance to answer but his jumpshot bounced off the back of the rim.

Player(s) of the Game: Lindy Waters AND Yor Anei

Waters was the Cowboys’ offense on Wednesday night. He and Yor Anei each poured in 17 points. Waters went 6-for-13 from the floor (2-of-6 from 3) and dished out seven helpers, also a team-high. He singlehandedly pulled OSU back into the game late.

The Cowboys head off into the sunset of 2018-19 with a 12-20 finish and 5-13 conference record. There are no moral victories (I believe I’ve typed those words about this team about 15 times), but this team at least showed some fight down the stretch and appears to have a couple of exciting pieces to build around in the future in Yor Anei and Isaac Likekele.