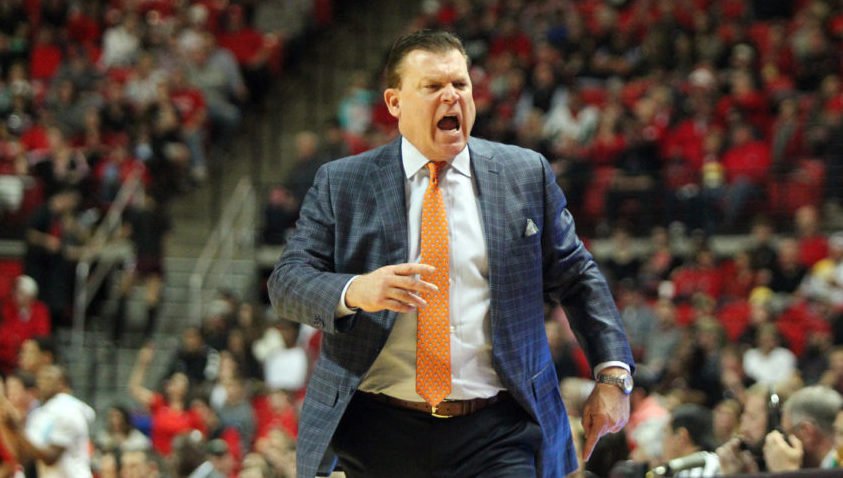 Oklahoma State finally broke through for their first Big 12 win, topping the Texas Tech Red Raiders, 83-64. The Red Raiders, led by new coach Chris Beard, were handed their first loss at home of the season, snapping a 17-game winning streak in Lubbock. The Cowboys shot 68.8% from 3 (a school record), out-rebounded the Red Raiders 31-18 on the boards, and held Tech to 44% shooting from the floor. Brad Underwood also collected his 100th career win.

Congratulations to Coach Underwood on his 100th win! ? #okstate pic.twitter.com/k03tfManhS

OSU was lead by Phil Forte (21 points, 4-4 from 3 point range) and Jeffrey Carroll (25 points and 9 rebounds). The Cowboys were able to overcome Jawun Evans and Mitch Solomon’s foul troubles, who missed a large chunk of the second half with four fouls each.

The Cowboys played their most disruptive first half of defense since the early non-conference slate, swarming the passing lanes, forcing poor shots, and taking a 46-30 lead into the locker room at the half. Phil Forte and Jeff Carroll had a combined 30 points on a perfect 6-6 shooting from three.

In the second half, the Red Raiders heated up from 3, hitting five threes in a row at one point, and scoring 22 points in the first eight minutes of the half. It looked like the Cowboys may fold and lose their composure, but Forte and Carroll answered time and time again. Brandon Averette filled in for the majority of the half for Jawun Evans, who continued his stretch of poor play, scoring just 7 points on 2-5 shooting.

The Cowboys are now 11-8 (1-6) in the Big 12, and will look to build some momentum next week, with TCU coming to Stillwater on Monday and Arkansas coming to town on Saturday.