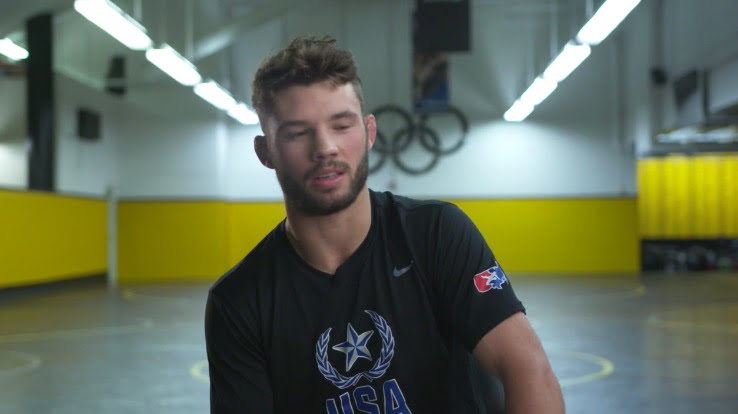 I watched most of this video on Tuesday with my mouth agape. Iowa wrestler Thomas Gilman recently recounted about how he got into it with Oklahoma State’s wrestling team and John Smith at a dual in Stillwater last season.

Gilman was going through the handshake line, words were exchanged, and the GOAT got in the mix. Not the person Gilman wanted to get in the mix.

“Then John Smith got into it,” said Gilman. “He was telling me to get out of there. I was like, “I’m going to beat you guys up. Not you John Smith. I respect you.’ But your guys, I’m going to beat them up. I didn’t say this, but I am now. At the time I probably told John Smith to you-know-what himself. I’m sorry if I did say that. I didn’t mean it.”

“Not you, John Smith. I respect you.” Thomas Gilman explains what happened when things got heated after the Oklahoma State dual. pic.twitter.com/aplgwNFRw4

Oh by the way, Oklahoma State won the dual back in January 24-11, but Gilman dusted Nick Piccininni 12-4. Gilman put together an impressive 107-12 record in his career at Iowa, and he’s done some solid stuff for Team USA, but he never won it all at the 125 lb. mark in college.

So that’s some pretty heavy trash talk for somebody with zero collegiate titles. He didn’t seem real thrilled about Smith blowing up his spot, though. Come at the king …