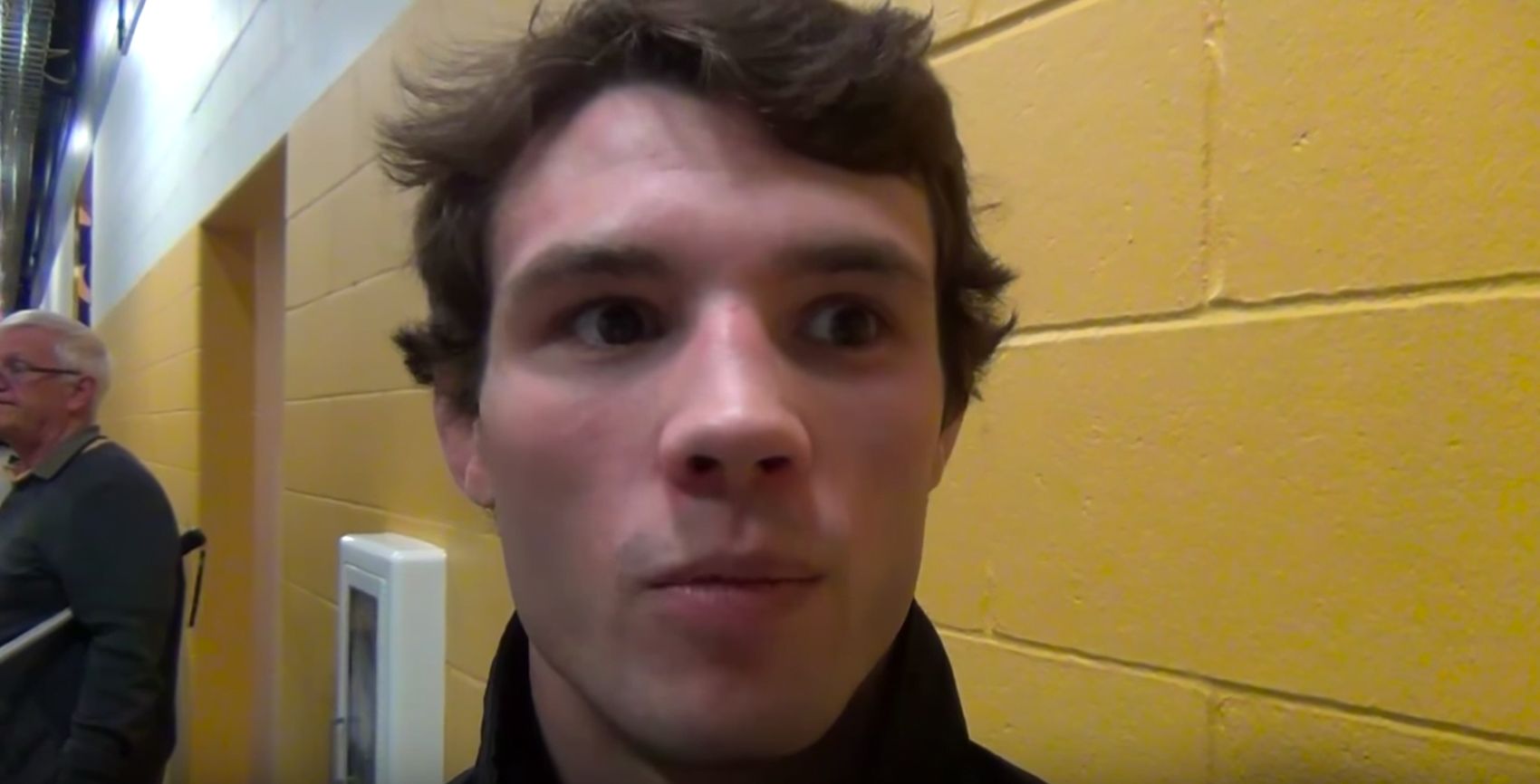 On Thursday, Iowa’s top-ranked wrestler at 125 pounds, Thomas Gilman, had some harsh words when it comes to Oklahoma State wrestling’s style. Iowa and Oklahoma State face off on Sunday in Gallagher-Iba Arena.

“Stalling,” said Gilman, who is ranked No. 1 at 125 and will face No. 12 Nick Puccininni. “They have a small mat down there. They don’t like to wrestle hard. They’ll fool you. They’ll say they want to wrestle hard … they want to play the edge and run around. They like to dance around and grab and twist your ankle. You’ve got to grab a hold of guys like that that dance around. You have to throw them down hard.”

While OSU wrestlers typically do wrestle a bit more defensively, it is a stretch to say that OSU doesn’t want to “wrestle hard.” Unless, of course, you look at Gilman’s past. Gilman’s idea of “wrestling hard” may fit in better in the MMA than it does in collegiate or Olympic wrestling.

Gilman must not understand history or math. Oklahoma State leads the all-time series with Iowa 27-21. Oklahoma State also bests Iowa in NCAA Team Titles (34 to 23), Individual Titles (141 to 81), and All-Americans (450 to 319). In his 26th season at the helm, Oklahoma State coach John Smith is the winningest coach in the series with 16 wins. In Gallagher-Iba Arena, Iowa has only won seven times in 21 tries.

Gilman will face Oklahoma State’s Nick Piccininni on Sunday. Piccininni is talented, a four time New York state high school champion, and works quickly on his feet. An upset is absolutely not outside of the realm of possibility here, and Cowboy faithful would be excited to see Pic get the win against Gilman.