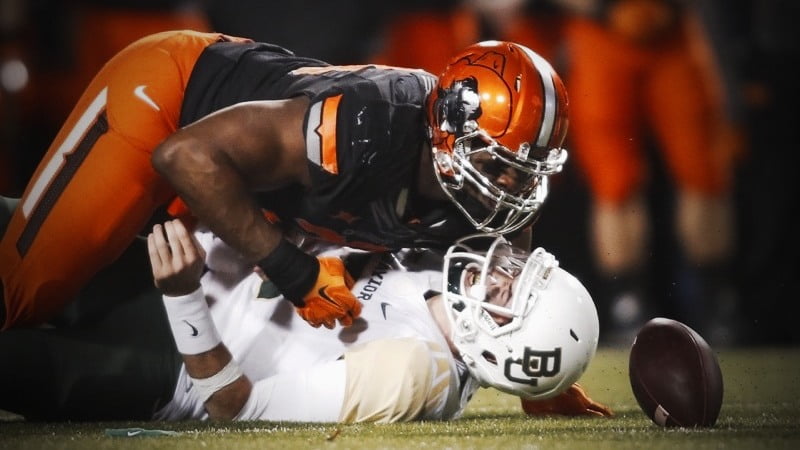 Glenn Spencer has defended the OSU defense against critics by pointing out that playing defense in the Big 12 forces teams to play more snaps than is required in other conferences. While true, you have to wonder at what point fatigue begins to set in. In fact, Porter wrote a little bit about this earlier on Monday.

Entering this year’s bedlam game, the OSU defense has defended 368 plays over the past four games. I ran the numbers. This is the 2nd highest number of plays over a 4-game span in the Gundy era.

Here are the top 10 games in the Gundy era regardless of the number of days rest:

An 8-2 record in these games. Not bad. But let’s see how we’ve fared when you face the same conditions that this team is facing…four consecutive games with no bye week: It’s not pretty. 6-4 when given no rest and a bunch of plays defended over the last four. Of course, there are a ton of other variables that go into play in each of these games but it’s not an ideal set of circumstances to bring tired legs into a big matchup. Spencer has his work cut out for him.