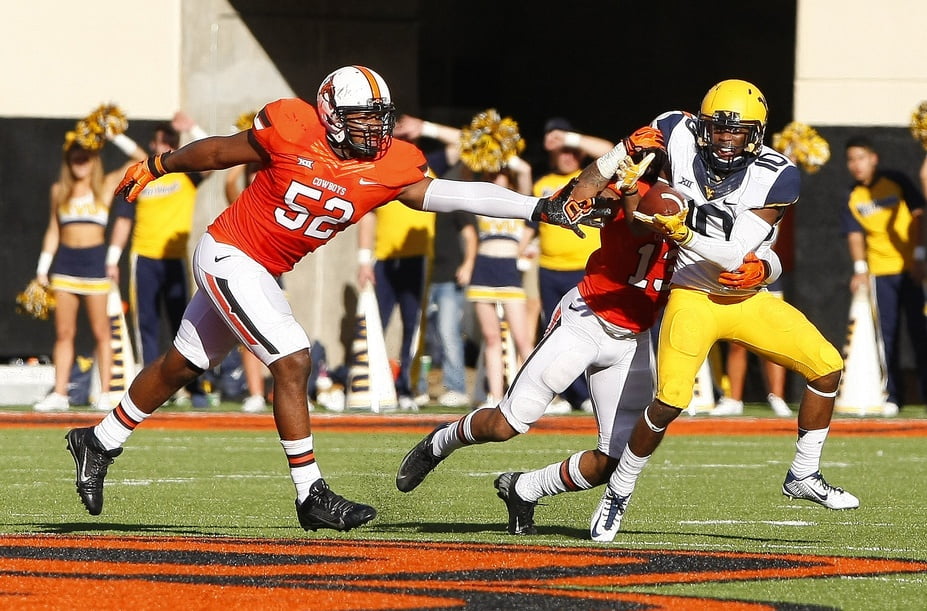 Ryan Simmons tries to make a play against WVU. (USATSI)

You’ve seen Mike Gundy say it after nearly every press conference he’s had this season. Wins, losses, media days, everything.

The defense is playing too much.

Here’s what he said after the TCU game about why the defense was bad.

“They were on the field almost the whole time. The offense is exposing them because they’re on the field too much. We have to find a way to get better at that, and the only way is to get some stability on offense and limit the big plays on defense.”

That’s fine, maybe for that game only (TCU ran 82 plays, OSU ran 64) but for the season as a whole it’s not an excuse that Gundy should be using.

In his weekly press conference last Monday he floated this generality.

“Our offense is exposing our defense,” said Gundy.

Look at this chart of plays per game for the OSU offense and defense since the air raid was installed in 2010.[1. Does anyone know if we’re even still running the air raid? That a fullback has our only TD in the last 10 quarters I’m going to say no, we aren’t just on principal.] 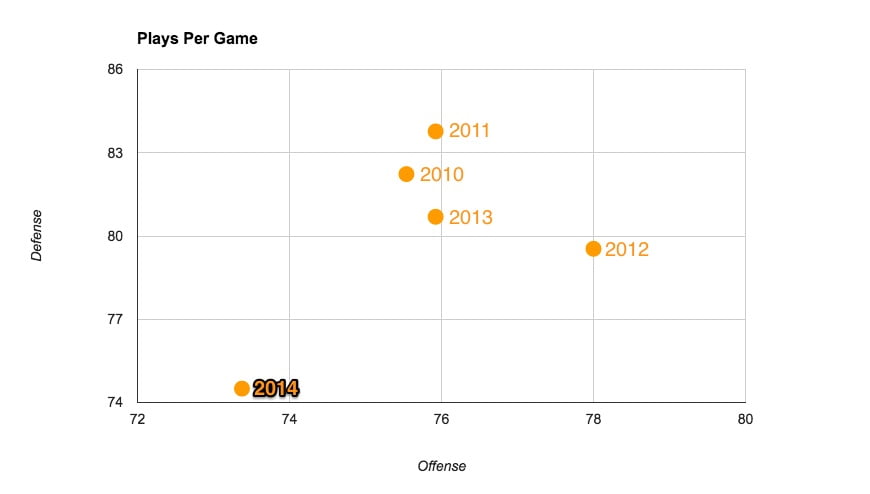 This shows that OSU is actually running fewer plays per game on both offense and defense by a wide margin than any other year since the air raid began.

This makes sense given how long it’s been taking to get plays off on offense (see No. 7 here).

I checked time of possession as well and OSU’s defense is playing about 32 minutes a game, or less than it has at any time during this five-year run.

Either way though “being on the field too long” is not a valid excuse for why this team is struggling. Not compared to the rest of OSU’s air raid defenses.