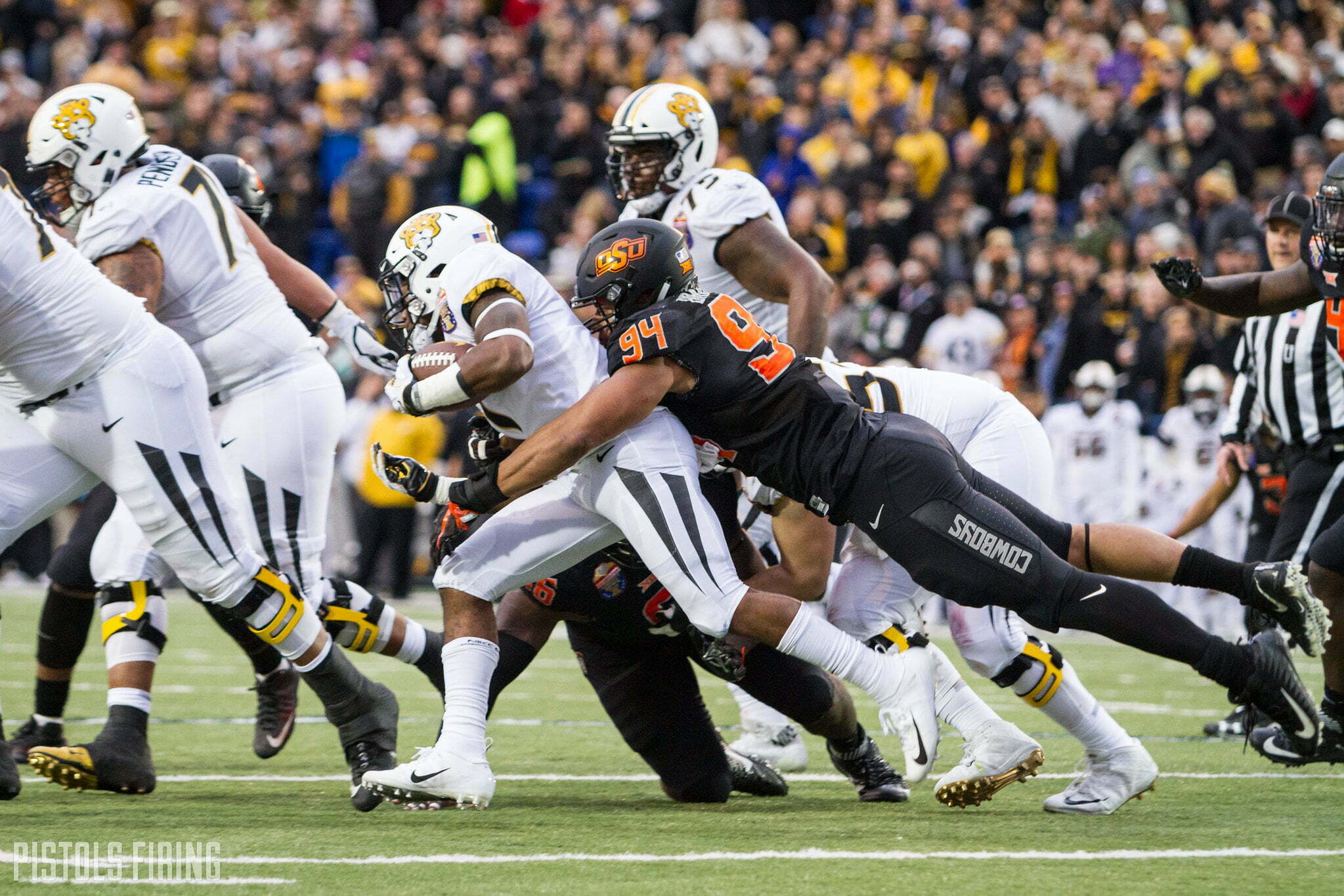 Last week, Kyle Cox wrote a post discussing Oklahoma State defensive coordinator Jim Knowles’ first year in the Big 12 and what he learned from it. In his article, Cox mentions that during the spring, including the open spring practice, OSU has been showing a lot of three-down linemen fronts. We saw the Pokes run this 3-3-5 set at times last season, especially late in the year, and this differs from the 4-2-5 scheme we all heard about when Knowles was hired on from Duke.

To illustrate this difference in formation, see the first image below which shows his typical 4-2-5 set that we heard so much about leading up to last season. I’ve highlighted the “Jack” defensive end/linebacker hybrid position which Jordan Brailford played for the Cowboys. 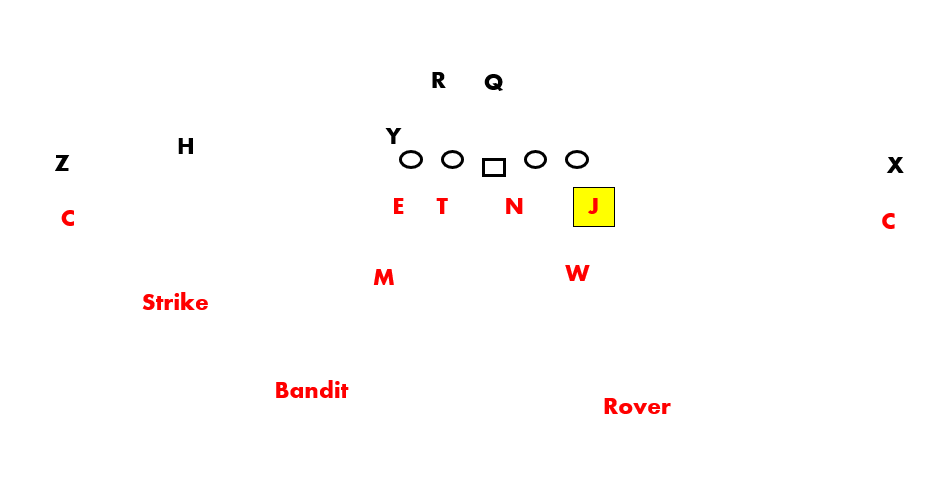 In the next image, you’ll see the Jack, who was previously lined up as a defensive end, now in a linebacker position with three defensive lineman instead of the four shown above. 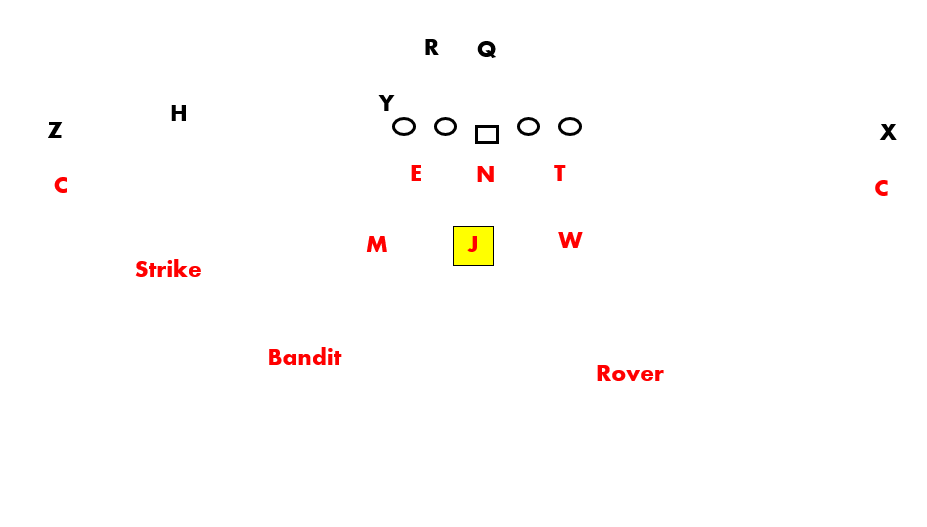 So, just why has Knowles started running this three-down lineman scheme more and more in his time at Oklahoma State? Well, the primary reason is to keep up with Big 12 offenses.

Big 12 OCs have figured out so many ways to put stress on opposing defenses both vertically and horizontally, defensive coordinators have to determine a way to defend this stretching of the field while also accounting for the inside rushing attack. Teams like Oklahoma, Texas Tech and other high powered Big 12 offenses are trying to spread you out and attack the weak spots in the middle of the field. The primary goal of this three-down linemen set is to clog up the interior and force the offense to the outside where the linebackers and secondary players can make plays. Many teams in college football like to run inside zone or inside zone read, and this defensive formation makes it harder to run inside, making the overall read of the play difficult for a quarterback.

Unlike with the 4-2-5, there are three linebackers, giving the offense less opportunity to find a true “conflict” player to attack on their run-pass-option plays. From the 3-3-5 look the Cowboys are also able to more easily switch coverages and move around their linebackers and safeties to flow with any pre-snap motion the offenses might show.

The 3-3 look puts Oklahoma State in a position to defend all rushing gaps and creates additional “moving targets” which are much harder to block for offensive players. Moving the Jack to a linebacker position, as opposed to a stand up defensive end, allows him to be more free flowing in the run game and gives him the ability to move easily and drop back into coverage.

We’ve seen teams like Iowa State and Texas move to the three-lineman front as their base defense, as you can see from UT in the image below.

Both the Cyclones and the Longhorns have found much success with this scheme, and they have been two of the best statistical defenses in the Big 12 the past couple of years. Below you’ll see an example of what I was talking about above. Iowa State is able to clog up the middle with their three interior defensive linemen and funnel the running back outside to oncoming defenders.

So, it really only makes sense that Knowles would want to employ this defensive style into the OSU game plan. As I mentioned above, we saw him do this and find success on multiple occasions. For instance, this sack against West Virginia. Here the three linebacker look allows the Cowboys to rush the quarterback from depth and cause confusion by bringing the second backer on a delayed blitz.

In addition, we saw the Pokes utilize this scheme multiple times in the bowl game against Mizzou, as you can see in the following image. 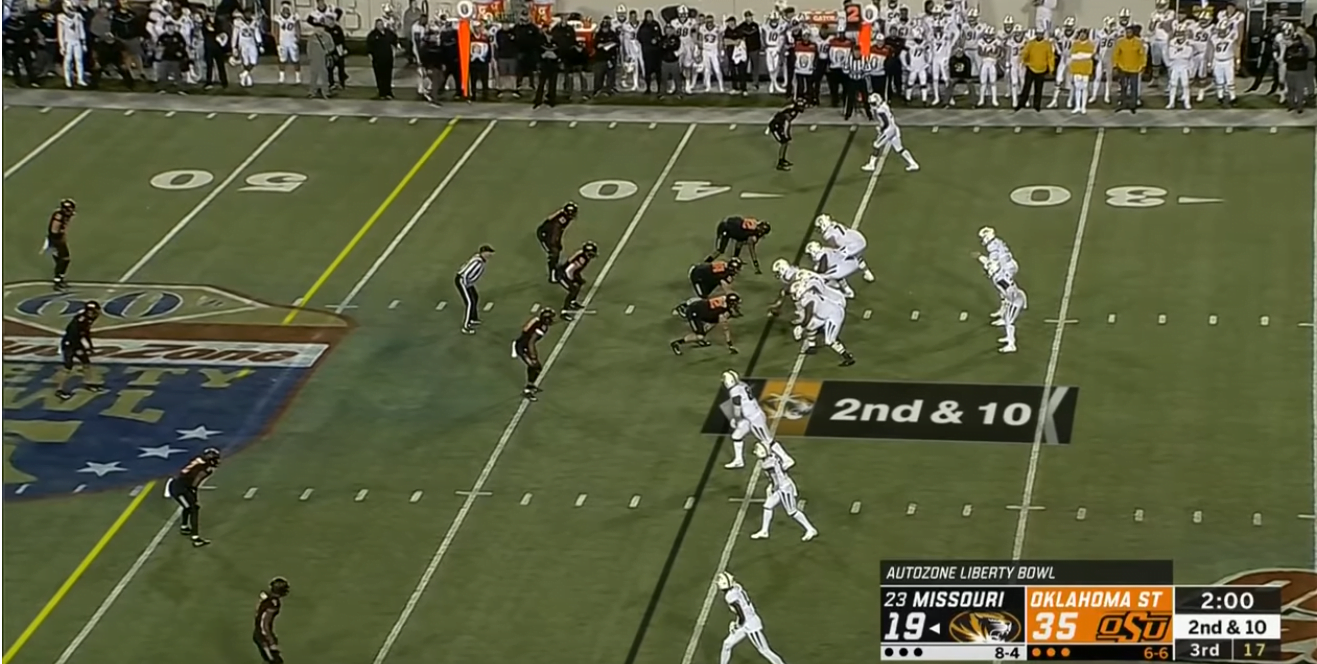 The question heading into the 2019 season is, do the Cowboys have a player like Jordan Brailford who can fill the Jack role? Personally, I think they have two in Brock Martin and Mike Scott, and I’m excited to see what these two guys can do in this role. Both players gained experience at this position in 2018, and I think they each have the appropriate skills to excel.

As for the Oklahoma State defense as a whole, I think it could look similar to something like this in their three-down linemen sets. 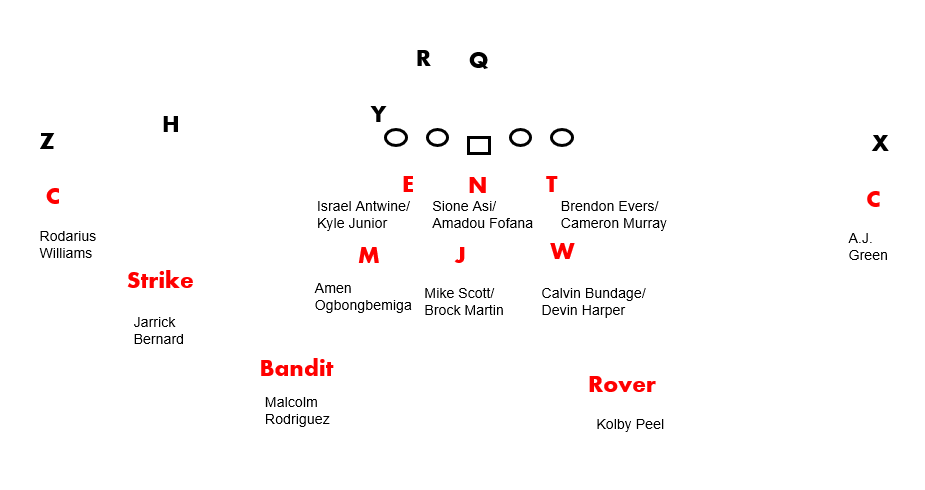 On obvious passing situations, I could see Knowles going with two defensive ends as the outside linemen, as opposed to a defensive tackle. It’s also important to keep in mind, as we saw a year ago, that Knowles likes to line up in odd formations quite often to throw wrinkles at the offense, see an example below. I still think we are going to see a lot of that as well, along with the typical 4-2-5 and 3-3-5 looks. 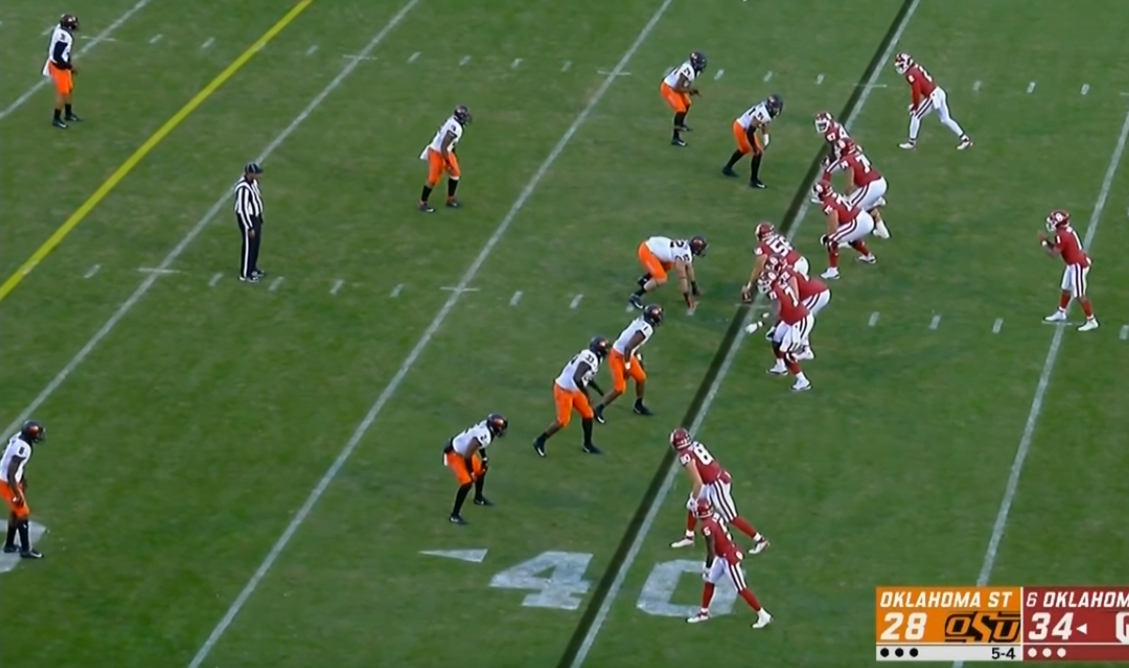 In conclusion, I like that Knowles has been able to learn and adapt after his first year in the Big 12. He’s found things that worked and things that didn’t and isn’t afraid to make a change. I think this is one of the main reasons Gundy wanted to hire a mind like Knowles, and hopefully it pays off next season.