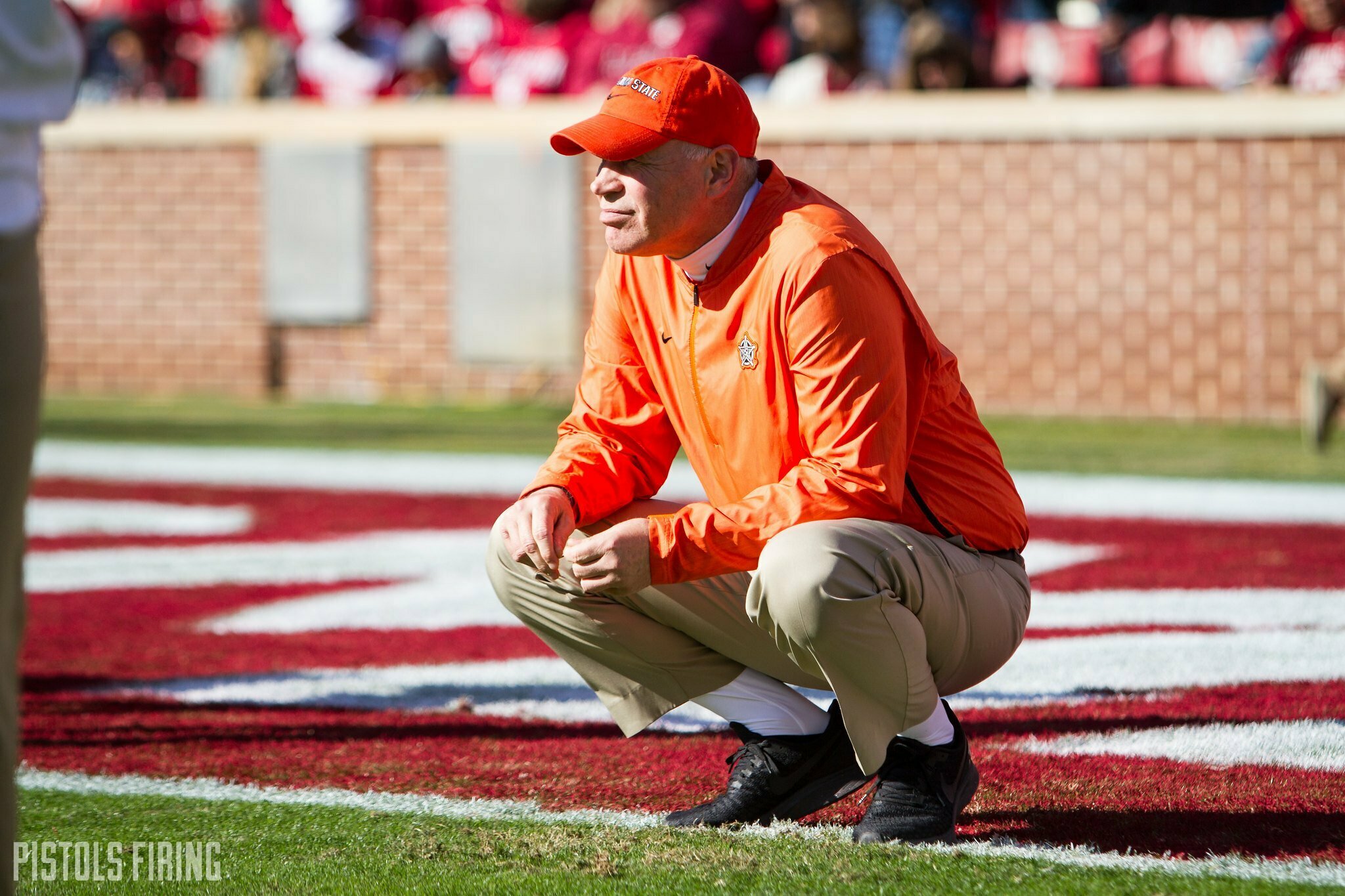 Mike Tyson famously said that everyone has a plan until they get punched in the mouth. During his nine-game introduction to Big 12 football, Jim Knowles and Oklahoma State’s defense took a barrage of haymakers right on the kisser.

The final conference game of his inaugural Big 12 season probably felt like a gut punch. OSU had given up 31 points to a TCU offense led by something called a “Grayson Muehlstein.” It was the first time the Horned Frogs had broken 30 since they welcomed SMU in Week 2.

Knowles said it was different than anything he’d ever been involved in. Getting embarrassed by on the league’s ninth-best offense would make even the most confident defensive coordinator rethink his exodus from the ACC.

“I haven’t been here before,” Knowles said following yet another head-scratching loss. “I know with the Big 12 and particularly with us we’re always going to have high-flying offense.”

When Mike Gundy brought on Knowles last January, the major talking point on the pages of this blog centered around the former Duke DC’s 4-2-5 scheme and how would it translate to the Big 12. Just over a year later, what was thought to be rigid statute in the new book of OSU defense may be up for amendment.

One of the observations made through spring practice, and during the Cowboys’ open drills last Saturday, was OSU’s use of a three-man defensive front. We saw the same configuration put to use some last season, especially down the stretch. PFB’s resident Xs and Os guru Dustin Ragusa will be diving into a schematic study on that subject in the near future so keep an eye open for that.

While the number of bodies on the line may change, Knowles’ overall philosophy on defense hasn’t.

“I still want to attack and I still want to challenge people,” Knowles said following OSU’s final spring practice. “Challenge the offense and play every play like it’s the game, because that’s what the offense is doing in the Big 12. They’re trying to score a touchdown on every play so that’s what makes it different. We have to play every play like it’s for the game. So my approach won’t change but game-planning might change.

“Honestly, after a year of going against opponents and knowing our strengths and the things that we can accomplish and how people react to our system, that is going to affect the game plan.”

His group’s ability to attack and challenge may be tested in Year 2 after losing over 60 percent of its total sack production including Jordan Brailford (nine) and Jarrell Owens (six) from 2018. A playmaker will need to emerge. Mike Scott, Brock Martin and Colorado transplant Israel Antwine seem to be decent candidates, but they’ll need to show it on Saturdays.

With so much turnover up front, Knowles will lean heavily on his secondary that includes a pair of seasoned corners in A.J. Green and Rodarius Williams as well as a group of safeties that were baptized by fire along with their DC in 2018.

“We had three true freshmen playing a lot for us last year at safety,” Knowles said. “This is a safety-driven defense. Anytime you play with five DBs all the time it’s safety-driven. Now those guys have had a thousand reps so they’ve gone from rookies to veterans pretty quick and it’s starting to show up. It’s going to help us a ton in terms of giving up big plays.”

Gundy didn’t just select Knowles based on a desired number of down linemen. His ability get through to his players and get the most of the talent available at a place like Duke preceded him. Now after his second full spring in Stillwater, Knowles says he’s developing the type of chemistry needed to complete the turnaround.

With his group still reeling from that disappointing loss to TCU, Knowles was singularly focused on his long-term goal last November.

“From my perspective we’re working to establish a defensive culture people can count on all the time. I wish that could happen overnight, but it doesn’t. It takes time.”

Fair or not, patience isn’t something that’s often granted in college football. With a year grace period over and plenty of time to adjust to life in the Big 12, Knowles and OSU’s defense will need to take up some of the slack for an offense that’s turning a page of its own.