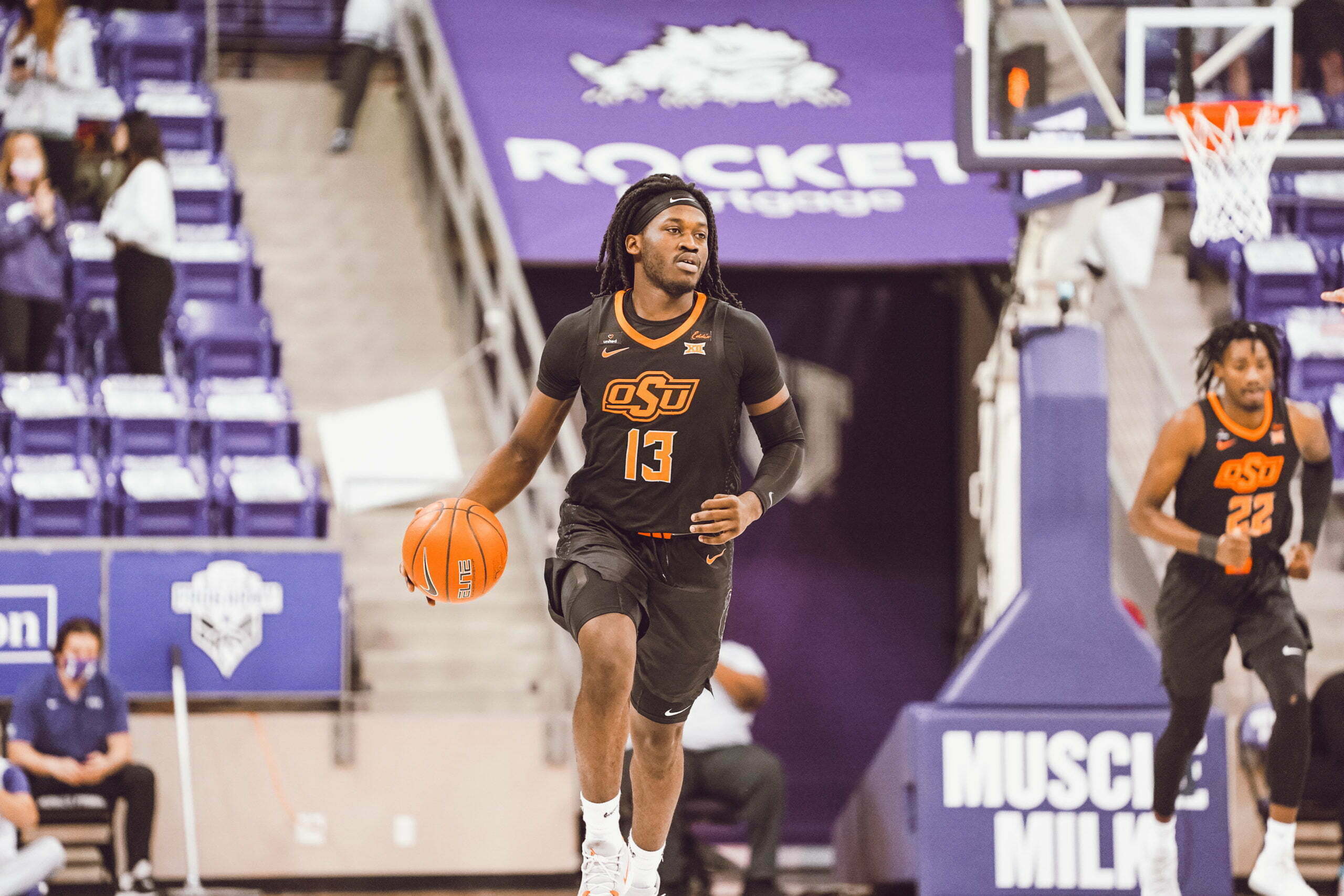 Isaac Likekele wasn’t on the floor in the final moments of the Cowboys’ last-minute collapse in Fort Worth, and Mike Boynton gave the reasoning as to why Friday.

Likekele, a junior guard at Oklahoma State, is dealing with a foot injury and has been for the better part of a month, Boynton said. Boynton said there isn’t anything structurally wrong with the foot and that Likekele has had an X-ray and an MRI done.

It explains more than just Likekele’s absence late Wednesday, as Likekele has struggled offensively as of late. Boynton said he isn’t worried about Likekele busting out of his offensive slump.

“I never worried about Ice — ever,” Boynton said. “On the list of guys that I’m concerned about, he’s literally last because I know who he is at his core, and I know the pride he has to go out and do whatever he needs to do for our team. The kid’s literally just the playing on really one and a half feet in the last month. He’s a kid who’s a warrior. He wants to do everything he can, that means that sometimes his numbers don’t always reflect his ability.

“But he wants to be out there to help us win. And so I knew the other night when he couldn’t go back in, it must have been pretty serious.”

Boynton said he expects Likekele to be available for OSU’s game with Texas at 2 p.m. Saturday in Gallagher-Iba Arena.

Likekele started the season as a bully on offense. In OSU’s first 11 games, Likekele shot below 50% just one time (45% against Wichita State). In those 11 games, Likekele averaged 12.3 points per game and made 60% of his field-goal attempts, a ridiculous stat for a guard.

In the five games since, Likekele has averaged 7.4 points a game at 33% shooting.

In this weird 2020-21 season, the Cowboys haven’t quite got all their guys going at the same time. Cade Cunningham missed time because of COVID protocol, Kalib Boone has had his slumps, Ferron Flavors’ finger injury stunted his 3-point ability and now Likekele is hobbled with the foot. All of those guys were starters at the beginning of the year.

Cunningham and Flavors are back, and Boone had a good month of January. If the Cowboys can get Likekele back to clicking, it would certainly help the Pokes make a push toward their first NCAA Tournament since the 2016-17 season.

“He’s gonna get out of it,” Avery Anderson said. “I believe in him. Everybody believes in him. He’s just a hard worker. You can tell he just comes in with the same mentality every day to get better, always talkative. He’s always a leader.”