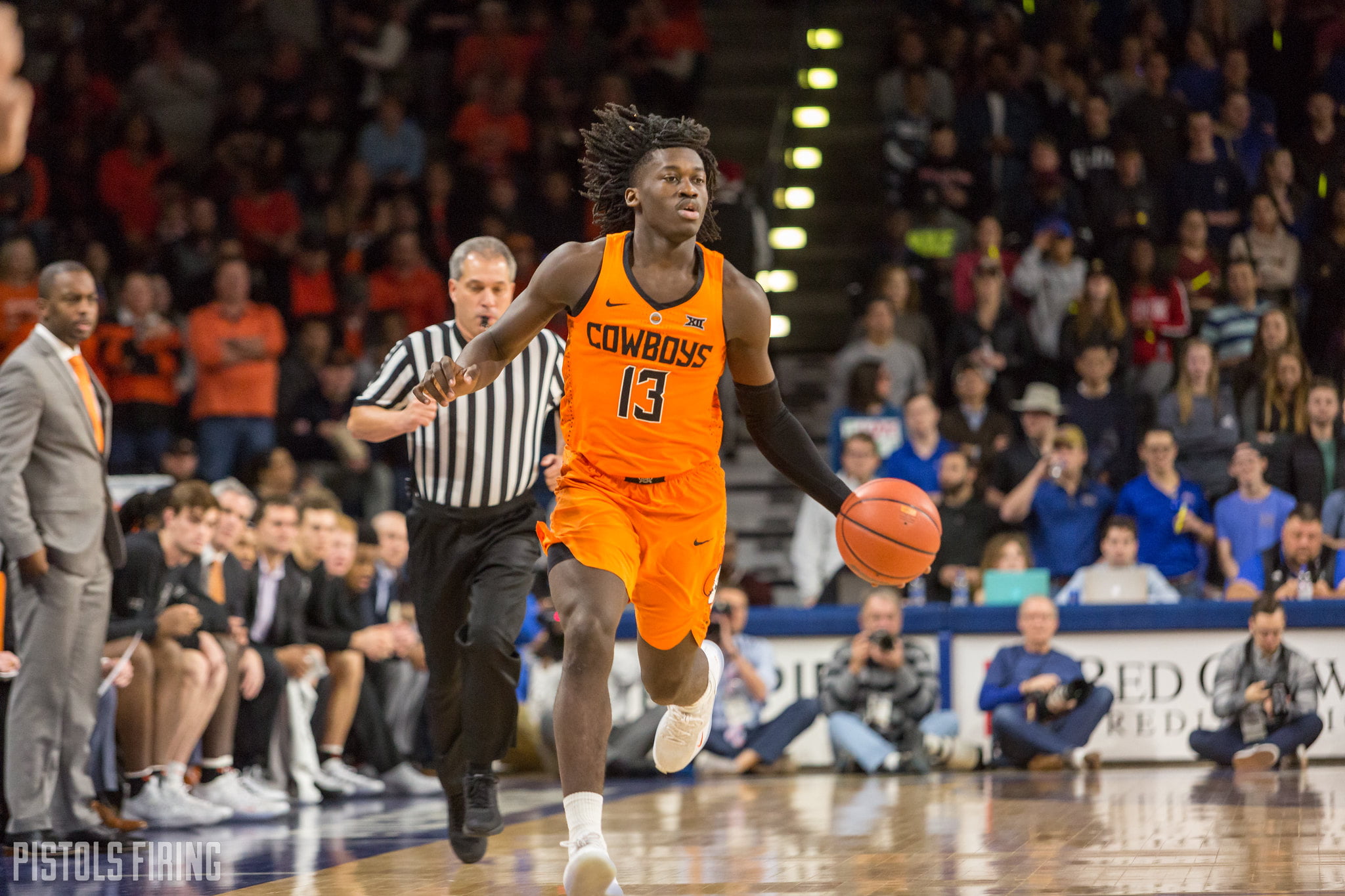 Isaac Likekele will take advantage of his fifth and final year of eligibility after all, but it won’t be at Oklahoma State.

CBS Sports’ Matt Norlander reported Tuesday that Likekele intends to leave OSU this offseason and is entering the transfer portal as a graduate transfer. He’ll have one year of eligibility remaining at his next destination, and will have immediate eligibility wherever he chooses.

Likekele was the only player from OSU’s 2018 class to last four seasons and the only player to endure all the hardships the last few years have brought the program related to the NCAA investigation, which endeared him to the Cowboy faithful and steadied the program under Mike Boynton.

Likekele made 110 starts in his four seasons at OSU in 114 games where he averaged 8.9 points, 5.5 rebounds and 3.9 assists per game in that span. His biggest impact came on the defensive end as a bulldog perimeter defender, though in his first two seasons he routinely rated as an elite playmaker in the Big 12 with an average assist rate of more than 29%.

With Likekele gone, OSU is now losing four players to the portal this offseason including Keylan Boone, who this week committed to Pacific, Matthew Alexander-Moncrieffe, who is transferring to Georgia, and guard Donovan Williams.