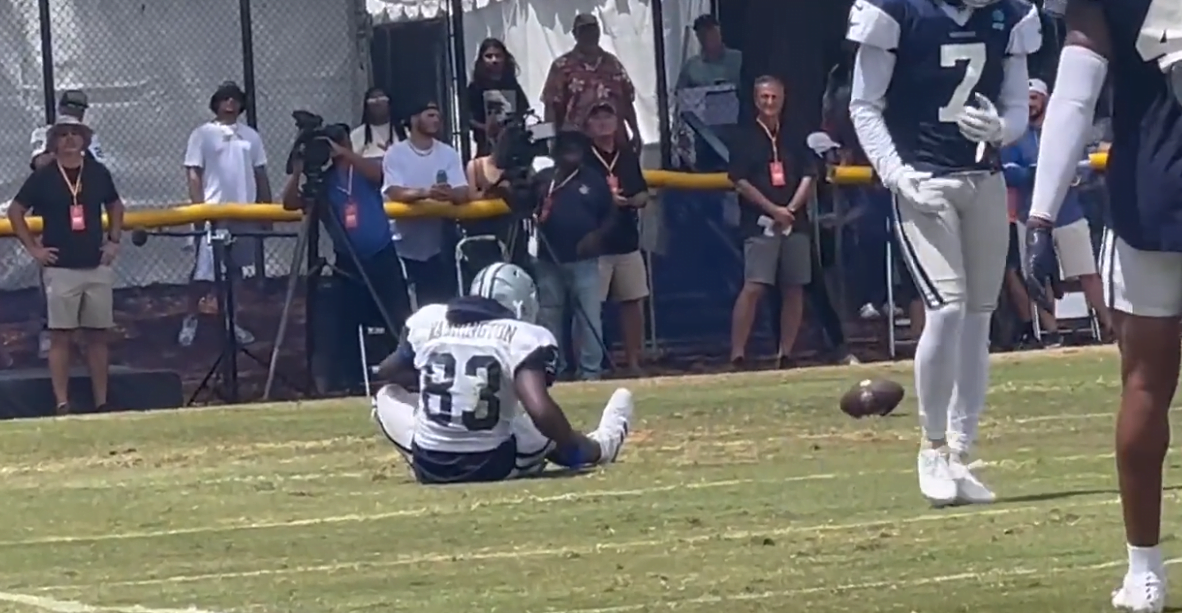 With Amari Cooper off to the Cleveland Browns, Michael Gallup recovering from an ACL tear and Cedrick Wilson off to the Miami Dolphins, former OSU standout James Washington signed this offseason with the Dallas Cowboys in hopes of helping add receiving production with three of the team’s top five receiving leaders either gone or injured.

Washington’s bid to do that has thus far been shaky, though, as he appeared to again get dinged up Monday with an apparent leg injury just days after suffering a shoulder injury. Washington’s leg injury came on an attempt to bring the ball down near the end zone while star corner Trevon Diggs was in coverage. He immediately came up gimpy.

Washington did not put weight on the leg, according to local reports in Oxnard, California, covering Cowboys camp. He was then taken off the field by cart, which is not a good sign.

Washington was the No. 60 overall pick to the Pittsburgh Steelers in 2018. He spent four seasons there before signing with the Cowboys as a free agent this offseason.

In four seasons at Oklahoma State, Washington had 4,472 receiving yards and 40 total touchdowns.