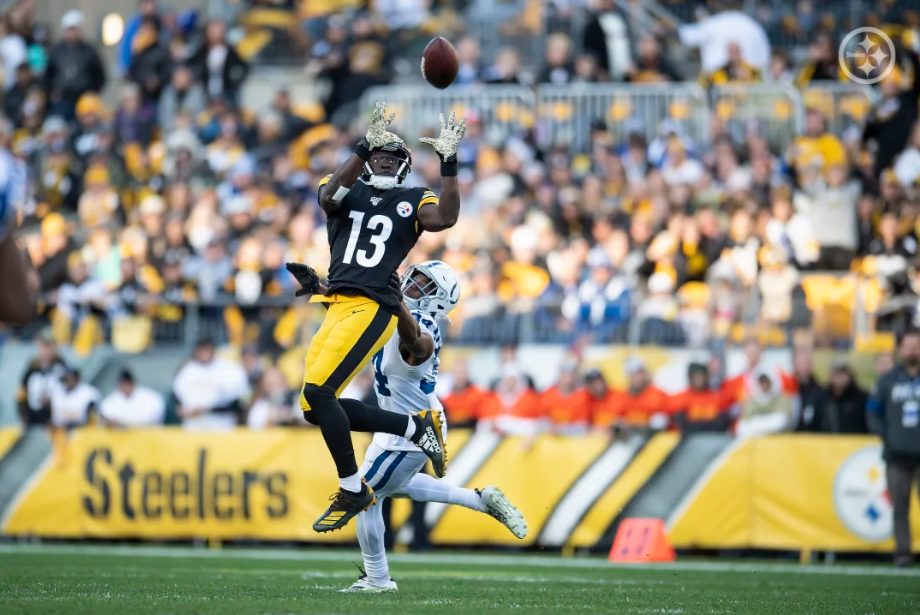 Oklahoma State alums got forced into action toward the end of the first half during the Pittsburgh Steelers’ game against the Dallas Cowboys.

Let’s back up a few plays.

In the waning moments of the second quarter, Ben Roethlisberger took a hit to his left knee and came up gingerly. Ben pointed that knee out to the sideline but stayed in the game, finishing the drive 4-for-4 capped with a 17-yard touchdown to James Washington to put the Steelers on the board.

Washington started Sunday but had fallen down the receiver pecking order as of late. After a season-high 68 yards and a score three weeks ago, Washington had totaled just two targets and zero catches the last two games.

Fortunately, Roethlisberger still has confidence in the former Biletnikoff winner.

Pittsburgh kicker Chris Boswell missed his first PAT since the season opener. Big Ben limped down the tunnel after his first score of the day.

But to add some Bedlam flavor to the pot, former Sooner CeeDee Lamb’s quick fumble gave Pittsburgh the ball back with just over a minute left.

With Big Ben in the locker room, Mason Rudolph entered the game and completed 2-of-3 passes for 3 yards. But his drive did end with a score. Boswell attempted what would be a career-long 54-yard field goal. He missed but a Pittsburgh false start allowed for a 59-yard attempt which he made.

Entering halftime, the Steelers are down just 13-9 with two quarters to go and possibly Mason Rudolph at the helm.