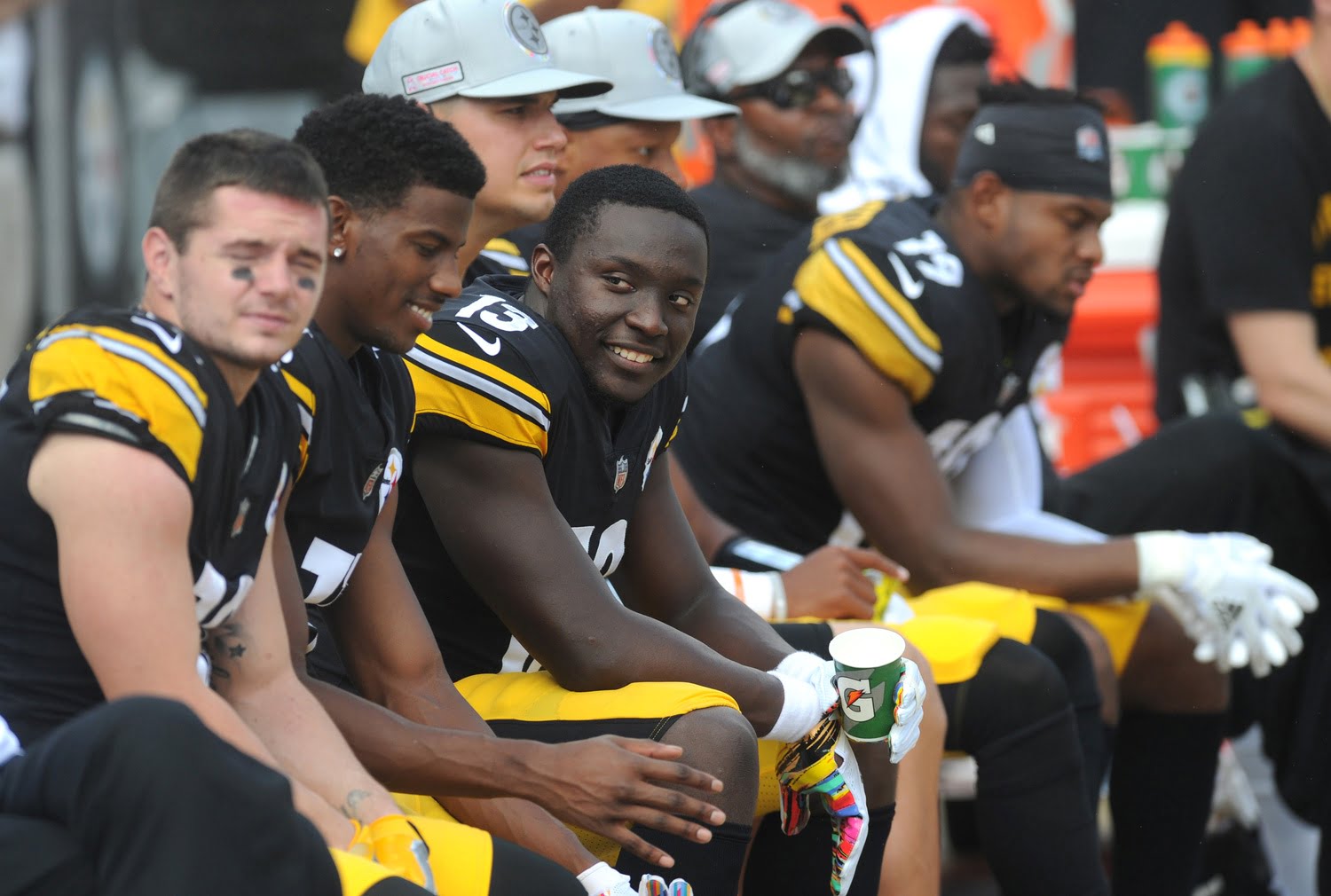 A week after being held inactive, rookie wideout James Washington is slated for a big role during the Steelers’ Sunday afternoon tilt in Oakland.

His change in opportunity is partly due to the injury of Pittsburgh receiver Justin Hunter who had leapfrogged Washington in reps as of late. But it also comes on the heels of a great few days of work for Washington.

Washington had what he called the best practice week of his short professional career by catching every pass in sight over the three-day work week. One estimation had him catching a dozen passes from Roethlisberger during a practice earlier in the week and more than 20 overall. [The Athletic]

Last week’s non-injury scratch followed a tough game for Washington who missed a wide-open catch down the sidelines and was subsequently called out by Ben Roethlisberger.

But according to Roethlisberger, “there was a method” to what he was doing. This week in practice he made a point to get Washington involved. And he paid if off catching ball after ball and creating some of the buzz that he had stirred up during the summer practices and in the preseason.

“Don’t think I didn’t throw it to him on purpose this week,” Roethlisberger said according to the article. “I wanted to see how he would react.”

He also pulled his young receiver aside for a private one-on-one to explain what he called his public challenge two weeks ago.

While having that heart-to-heart with Washington, Roethlisberger told the story of Antonio Brown’s rookie year. A season in which Brown was inactive seven times and had only two catches at this point during his rookie year.

“Ben told me the whole story last week when we were talking,” Washington said. “Everybody develops differently whether it is early on or later in the season. It will come around eventually.” [The Athletic]

Washington has seen two inactives through 14 weeks and has caught just eight of his 25 targets for 77 yards and a score in 10 games. He’s slated to make his sixth start of the year on Sunday afternoon according to OurLads.

As a second round pick, Washington had also drawn comparisons to last year’s rookie phenom, who himself came on late, JuJu Smith-Schuster.

“He had some tough shoes to try and fill but that’s the key is that he shouldn’t have to worry about that,” said Roethlisberger of Washington with Steelers.com. “He should just worry about trying to be the best he can be.”

Roethlisberger was asked if this was a big week for Washington to rebound and try to prove himself following his benching.

“Absolutely, I think it was a quick turnaround for him,” said Roethlisberger, “Obviously with Justin going down so quick. I think he was really going to get some time to really get his confidence back and get himself ready to get back with us, and it happened quick.

Washington’s Steelers will face off against his former fellow wideout Marcell Ateman and the Raiders at 3:25 p.m. on Sunday.