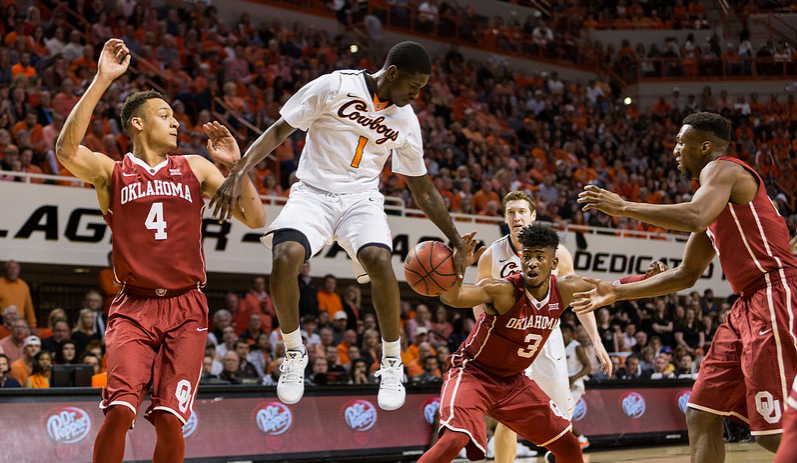 After totaling 43 points in 2 games in 2 wins this week, including a 27-point Bedlam performance, OSU point guard Jawun Evans was named Big 12 conference player of the week.

Evans solidified his status as a Bedlam killer on Saturday, leading the Pokes to an unlikely comeback from down 14 points in the second half. When their backs were against the wall, Evans took over, reeling off 16 straight points down the stretch to help sweep the Sooners.

Here’s all of Jawun Evans (@j3vans1_) buckets from the stretch where he scored 16 straight #OKState points. He finished with 27. #Bedlam pic.twitter.com/625UgZIbLX

After the game, Brad Underwood called his team the hottest in the country. And they have been exactly that, winning 8 of the last 9 games as a byproduct of some elite point-guarding from Evans.

Evans and Baylor’s Johnathon Motley are the only players to earn Big 12 player of the week honors three times this season.