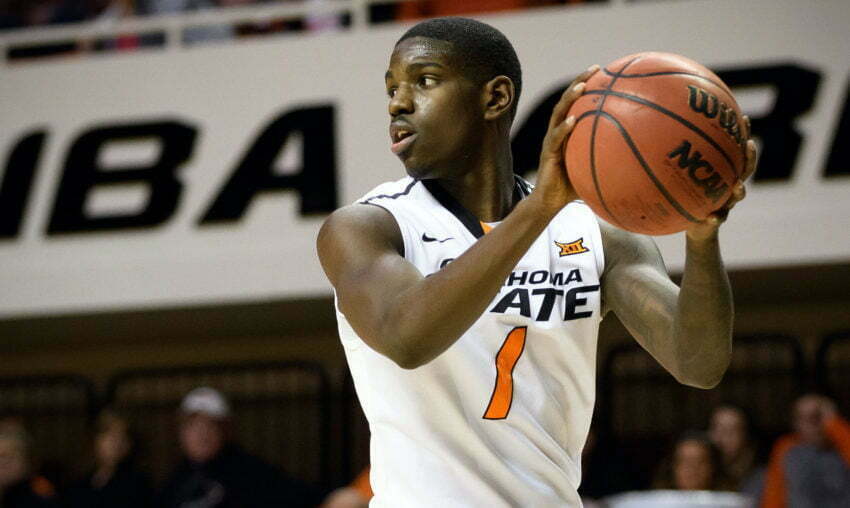 Through nine games of play, Evans has put up an impressive stat line.

Since last year, his field goal and three point percentages are both up and his points and steals average have more than doubled. Again, the season is still in its early stages, as the Cowboys haven’t even reached conference play yet, but one cannot deny Evans’ talent.

Evans was the third of three Big 12 players on the list, including Kansas’ Josh Jackson at No. 3 and Texas’ Jarrett Allen at No. 18.

Here’s what Woo had to say about the talented sophomore:

“After showing serious flashes of potential as a freshman, Evans has stepped up this season as the floor leader for the Cowboys. He’s been asked to score first and foremost, and possesses good instincts as a distributor and defender. Evans is small for an NBA point guard, but if his big numbers continue, he’ll be tough to deny come spring.”

Evans will have an opportunity to show his ability to a national audience this weekend against Wichita State. The Cowboys will be playing in a hostile environment against a team that’s fresh off a convincing win over Oklahoma (don’t let that final score fool you) in Oklahoma City.

The Cowboys and the Shockers play this Saturday at Charles Koch Arena at 6 P.M. The game will be broadcast on ESPN 3.